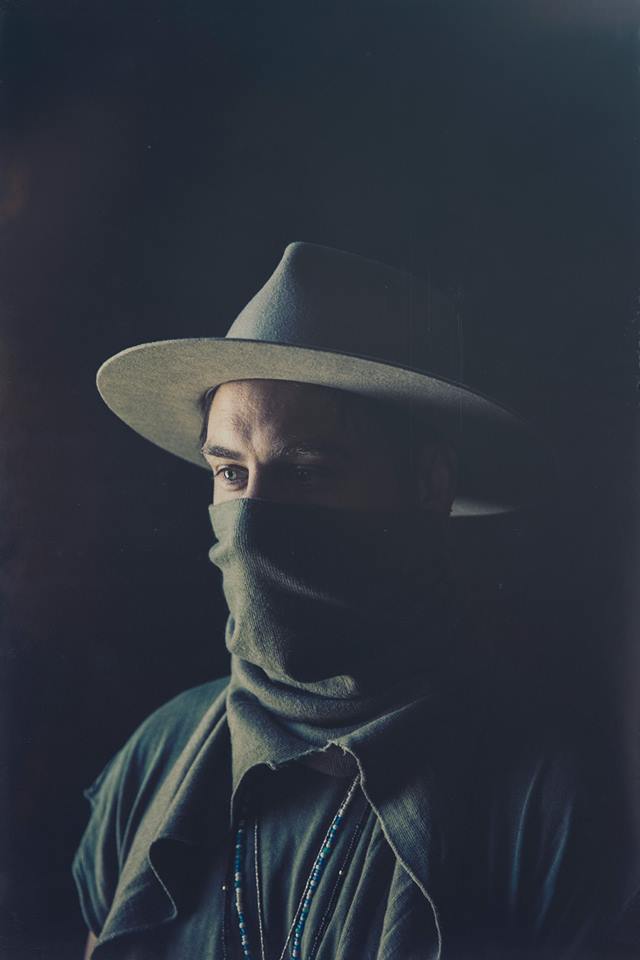 People say they want to save the world, but few are trying to do it quite like Los Angeles-based pop-tinged electro-blues man Zack Arnett, who is making his statement under the moniker SUR. “I started as a graffiti writer, I was an emcee in the hip hop culture. I was making beats and rapping over them. I’ve been a music fan forever, it’s been building up,” says the artist of his beginnings. Arnett, who was born into a family of artists, comes by his gifts honestly; his multi-faceted approach to salvation encompasses not only the ethereal, but also the physical—Arnett is also a medicinal farmer. “I’m trying to save the world, one plant at a time,” he explains. “I make a cannabis salve that’s a cure-all, it fixes what ails you. I’m such a big advocate of that plant and all its medicinal uses. There’s a lot that people don’t know about it, we’ve been brainwashed to believe it’s bad for you,” he adds. “I’m trying to get people to open their eyes a bit and look in different places for remedies.”

Arnett is currently gearing up for the release of his cinematic debut EP via Interscope Records, Savage Beast; “I feel like us humans, underneath our clothes, are just animals, beasts,” he says. “We make decisions in a primal way, but we mask it. We’ve given ourselves sets of rules, but we love to break them. There’s a lot beauty in that, but there’s a lot of violence too. To me, it’s the stripped-down version of who we all are.” The album was the product of a two-month journey

through some of California’s wildest spaces. “It was blissful experience, and I highly recommend it for any human to be moving and making music at the same time, not necessarily knowing where you’re going, going with the wind and writing about it,” he levels. “Big Sur will always be my sanctuary, hence the name SUR, and I spent the most time writing there. It’s one of the best experiences I could ever have as a musician. We’re so used to working in these studios that are stale; it’s so great to physically get outside, and the technology has caught up to where you can do that and make quality records, kind of roaming around,” he explains of his recording process in an RV outfitted with studio equipment. “I had no agenda going in to making the record at all. The music I was making at the time was not inspired, and the band I was in was kind of falling apart. I was struggling. I had no intention to make a record or one with a specific sound at all. I grabbed my guitar and my bass and my studio, and literally just became an antenna, and just opened up. Later, we became like, ‘yeah, this a project.’”

Each track bears its own natural inspiration, like his song “Restless Heart,” its tranquility born from observing the Big Sur River in the early morning hours. “I remember how calm and still everything was,” he recalls. “It was like therapy. The words just came out organically, it wasn’t a struggle to figure out what needed to be said.” Arnett’s roots as a visual artist come into play with artwork inspired by the music. “Everything works together, it’s all part of the vision. I was visual artist before I was a musician,” he says. “As I make music, I’m seeing visuals, and as I’m conceptualizing the scope of what the images are that are speaking to me, in SUR’s case, I’ve created hieroglyphs that are repressive of different emotions and behaviors and observations. It will trigger a savage instinct with people, it will put you in the right headspace, right where I need you to listen to the music. I’m want people to feel how I felt when I was writing the record,” he continues. “I want people to explore these masks we wear.”