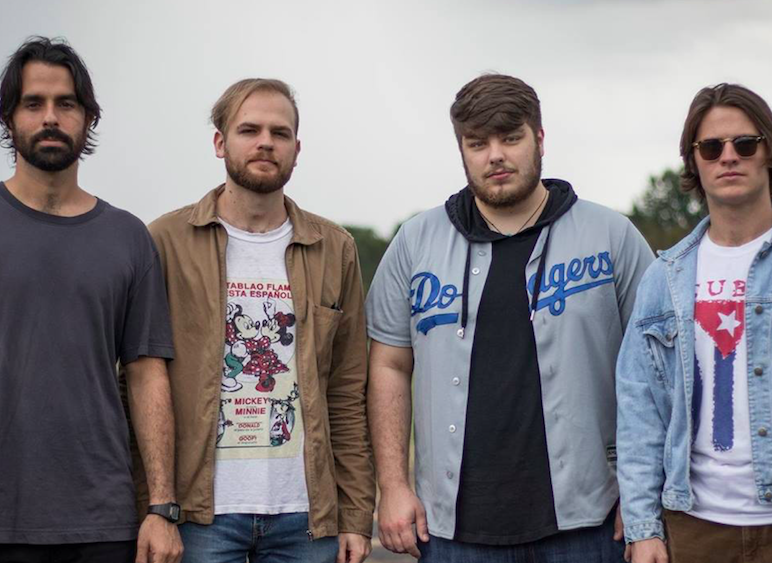 “With the end of the world looming, why wouldn’t we do exactly what we want to do?” says Gytis Garsys, lead vocalist of The Delta Troubadours, of the band’s decision to relocate to Nashville and set their sites on conquering the world with their muscle-y brand of Southern grunge. “The feeling of playing to an engaged audience, with everyone’s conjoined energy there in a room, it just kicks everything else in the world’s ass,” he laughs. “If we don’t this, we’re going to regret it until the end of our lives, and we will regret it even more if it’s the end of our lives AND the world is ending.”

The Delta Troubadours, who hail from Tampa and are graduates of the University of Florida, got their start, interestingly, in a country cover band. “I joined this band my sophomore year, and a few months later, I was like ‘Gytis, come play some shows with us! It’s so much fun!’” says bassist Jon Franklin. “We were really terrible, but everyone listening was drunk, so I guess they couldn’t tell,” adds Garsys. When asked if country music was their native musical language, both men simultaneously and emphatically answered, “no.” “I don’t think any of us enjoyed anything we were playing, but as we evolved toward rock n’ roll, and two years ago we started finding our sound,” adds Franklin. “It was a very natural progression to go towards blues rock, and our forthcoming EP is definitely grungy,” Garsys adds. “I don’t want to be the guy who says his band is ‘a little bit of everything,’ but we’re definitely not your basic blues rock band.”

Today, the group unleashed EP single, “Lethonomia (I Never Knew My Name),” written about surviving a long-distance relationship. “Long-distance relationships suck, and a lot of this song is about the feelings of self-doubt and sadness that occur when you don’t get to see somebody you love for long periods of time, but it’s also about acknowledging and confronting those feelings to grow into the best version of you for both yourself and the person you love,” says Garsys. “In a lot of ways, it feels like a piece of your own identity is lost in long-distance relationships, especially in the early days. Hence, the song is named after the only word we could find for the phenomenon of forgetting one’s own name, lethonomia.” Their gritty sound is fully explored on Get Up And Go, the above-mentioned EP, set for release on December 8th. “We were feeling stuck in Florida, and these songs were inspired by an overwhelming desire to get up and go,” explains Garsys. “We’re just ready to rock n’ roll. We’re here now and we’re eager.”