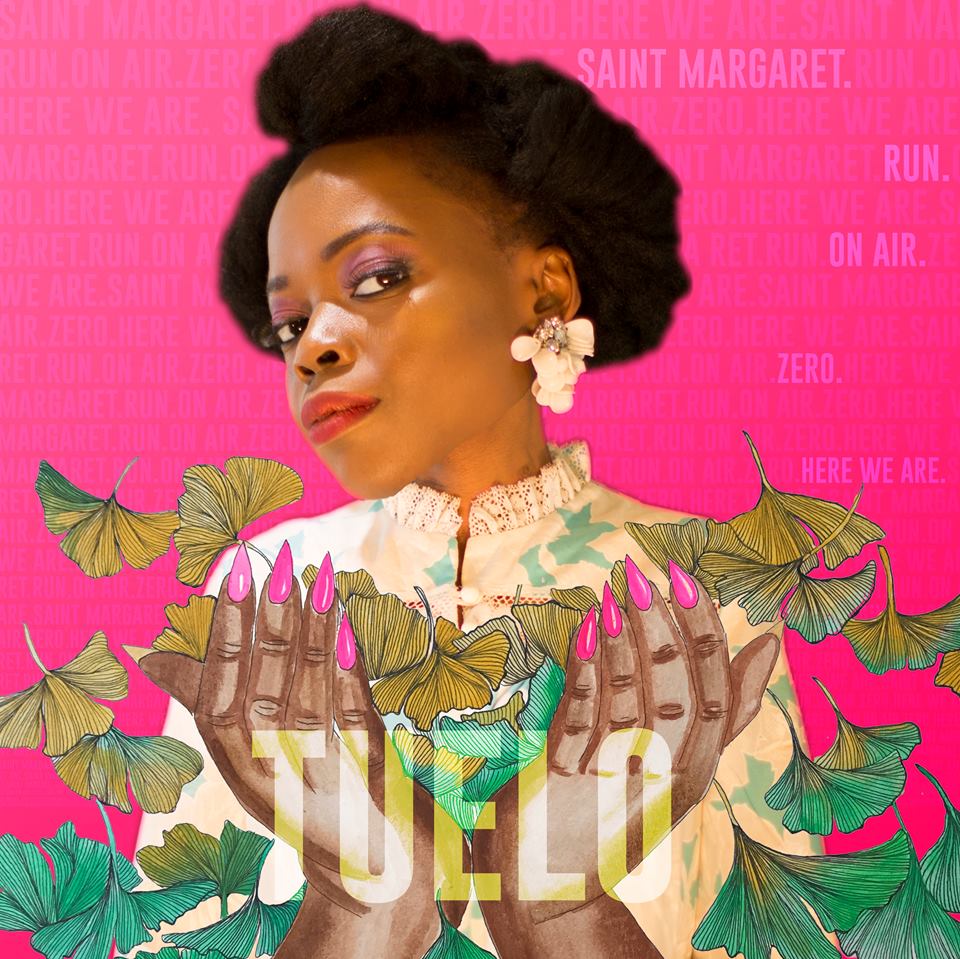 “I was born and raised on a farm in South Africa; I always wanted to travel, I’d read so much about the rest of the world. I was a freakishly avid reader as a child. I needed to see America to believe it! I wanted to conquer myself, I still do, so I came here,” says soulful songstress Tuelo, at home in her self-described “bare bones apartment” in Brooklyn, cozied up with maple syrup-enhanced coffee and a goal for great conversation. “I didn’t do music at all though; I picked it up by luck, the universe aligned,” she continues in her soothing Setswana-tinged accent. “Everybody sings in South Africa, in churches and villages where there are no instruments. Anyone can start and lead the songs; my mother regularly led 300 people at church in song, and everyone sang so much better than I did, so it never crossed my mind. I thought my voice was too weird, I couldn’t control it, it felt too loud. I brought a guitar with me to America, for no good reason really,” she laughs. “I felt like I sang better when I got here, there were no South Africans around to hear me! It was my Vegas!”

Interestingly, it was a karaoke outing nine years ago that changed her trajectory. “There’s no karaoke in South Africa, and some friends here took me one night. I couldn’t believe people would should up on a random Wednesday and sing for just anyone,” she recalls. “I was so excited, it was an interesting way to see what I could do, to see how my voice could sound.” Then, a friend who is a professional singer talked her into accompanying her to an audition. “Somehow I got asked to sing myself! I was like, ‘No! I only sing in the shower!’” she laughs. “They were like ‘Come try anyway!’ So I sang Aretha Franklin like I did at karaoke, and a Whitney Houston song from my childhood. I got hired. It’s been a crazy fun journey to music.”

Though a career in singing is relatively new for Tuelo, writing is a long-held habit. “I journal every day, like clockwork, I’ve always been a writer,” she recalls. “My mother said she’d been reading my childhood diaries and said, ‘Oh my gosh, you must be the craziest child I’ve ever had.’ I don’t even remember what I was writing.” In July, Tuelo released her debut EP, Saint Margaret, which houses five songs inspired by life in New York, love, and her mother, affectionately known as “Saint Margaret.” “She’s an amazing presence; I have five siblings, and we grew up with her being the mother. She mothered my uncles and aunts too. If people had told me my mother was God as a child, I probably would’ve believed it. She gave me my sense of self, true faith that anything was possible. All I need to do is hear her voice, and I’m okay. She’s a humble farmer, the rock of our family.”

The five-song EP, a sonic soul revival that could life the heaviest of spirits, showcases the duality that Tuelo feels in her life—the city dweller with the rural upbringing, an African living in America, and her penchant for darker lyrics, though she is the poster child for a sunny disposition.  “I wanted everyone to feel the duality that I feel,” she explains of her music. “The Setswana rhythms were my foundation. I made four songs that could show the range and the direction we’re headed. When  you see us on stage, I want how we are on stage to come through in our recorded sound. We’re getting there. I want to feed the multitudes with music,” she says. What’s next for this beautiful spirit? Everything.