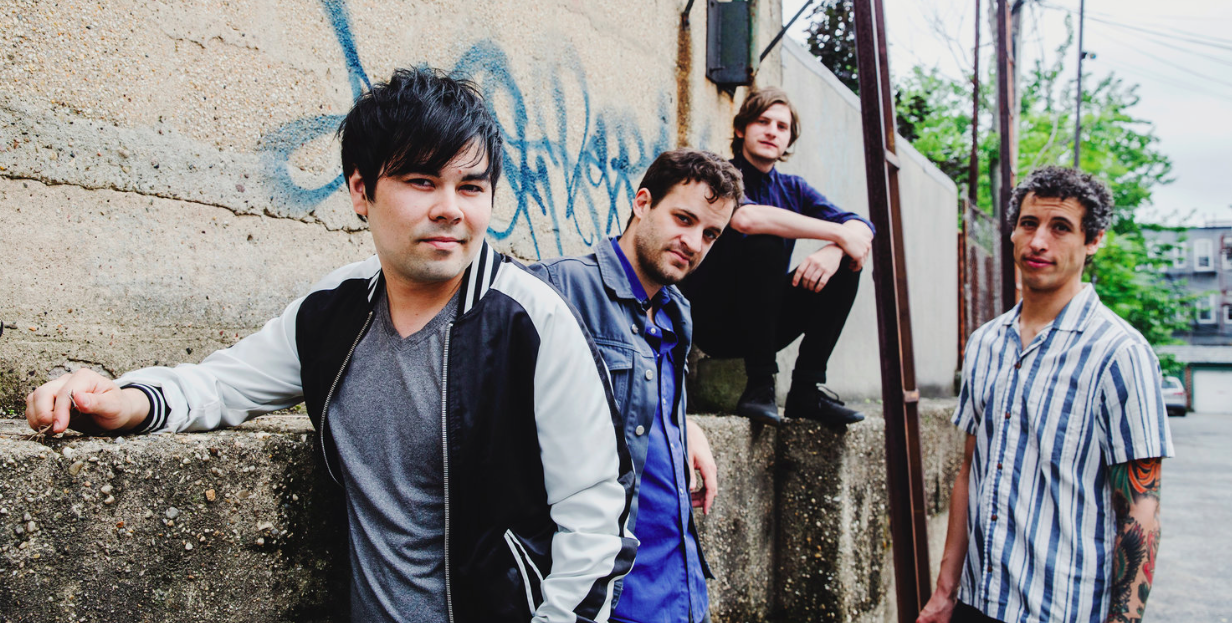 Brooklyn-based indie rock outfit Best Behavior is gearing up to release a new EP, Things That Happened, this fall—an appropriate title given the two-year stretch since their last album, and the events that caused the musical pause.

The band had already recorded the EP when a chance encounter changed their trajectory. “We opened up for The Darkness in New York; Justin Gerrish saw us play, and offered to record us in his studio,” says songwriter and guitarist Alex Gruenburg of the the producer, who has worked with everyone from Yeah Yeah Yeahs, The Strokes, and Best Coast. “It was our first time working with a producer. Though we’d already recorded the EP, he wanted to work on it with us,” he adds. “He mentored me; the first album was more punk and garage, this one is more polished for sure, there’s more depth.”

The band emerged from the studio with a revitalized sound; “We wanted to make it really awesome. It took a long time, but we’re really proud of it,” Gruenburg explains. “Justin’s definitely got his own sound—he’s worked with bands like The Strokes, and you can hear it in there. He gave us the freedom to really think about having no limits in the studio, and encouraged us to go inside ourselves to discover what depth was there,” he adds. “He pushed me to find something more.”

Best Behavior is in the midst of a tour that will take them to new places as a group, including stops in Mobile, Alabama, New Orleans, and tonight, at Fond Object’s new 4th Avenue llocation in Nashville. “We were in Savannah and people were singing the words to our song ‘Say’ already, it was so cool,” he continues. “We played a house party in Gainesville and one of the girls in the audience came up and jammed with us. It was good vibes,” he says. “It’s been so fun to see familiar faces and new ones too.”