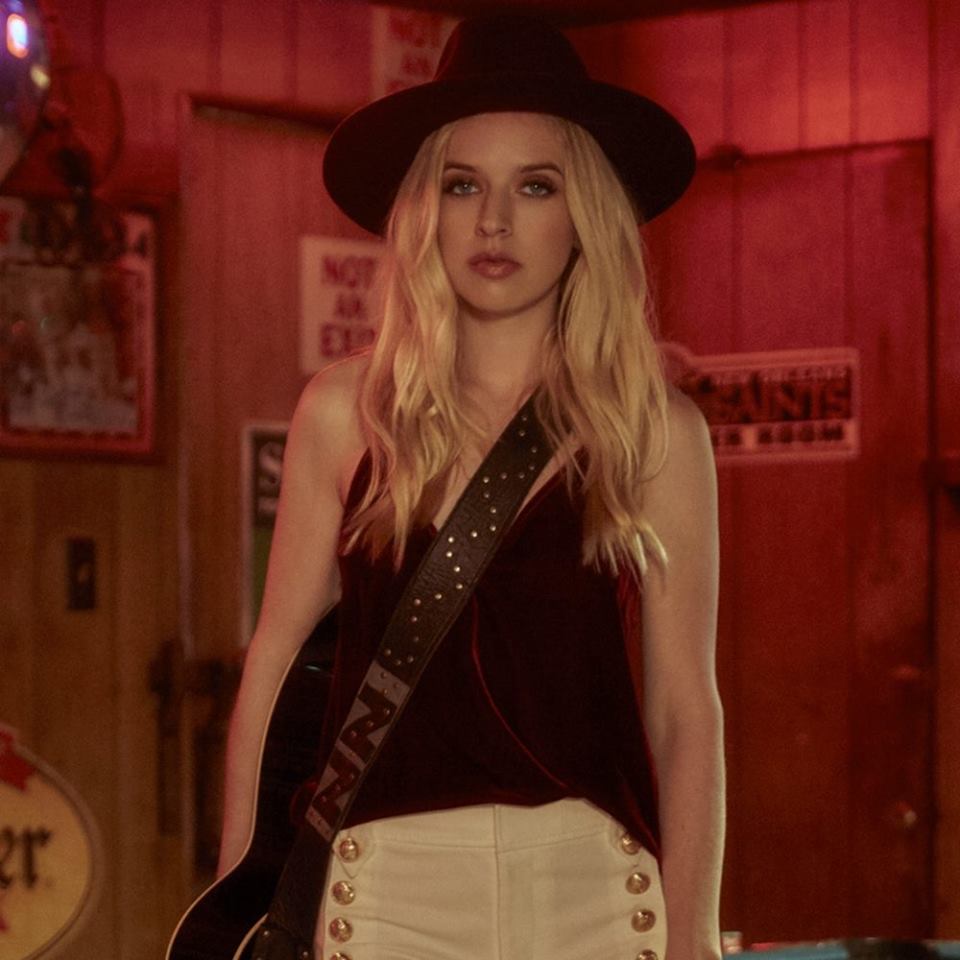 Legendary blues man Muddy Waters once said “the blues had a baby and named it rock n’ roll.” In fact, blues music embodies the roots of all American music; it is the quintessential vehicle for expressing visceral emotion, and touches on something deeply primal in every soul. When ZZ Ward was eight years old, her parents exposed her the understated complexity of the blues, and it changed the course of her life.—“My dad was playing Howlin’ Wolf and Big Mama Thornton and Lead Belly and Robert Johnson around the house a lot when I was growing up. It was always around me,” she recalls. “He started playing harmonica around that time, and had found something he was getting really excited about. It sparked his interest, how the blues influenced the rock n’ roll he’d grown up listening to. That’s when I got into it; I was always listening to these powerful singers who were sometimes going through hard times and who were expressing that through songs,” she says. “I felt so much emotion in their voices, and I really liked that.”

At the ripe old age of 16, Ward took it a step further. “I was feeling upset about something and I sat down at one of our Hammond B3 organs,” she says. “I started to hit the keys and came up with some different chords, and then started talking about what I was feeling using different words and metaphors. Something just sort of happened that day,” she continues. “I found a way to express myself and release these things I was feeling.” In 2012, Ward released her debut full-length album, Til The Casket Drops, featuring her chart-busting hit “Put The Gun Down,” our introduction to her foot-stomping blend of blues and and rock n’ roll. On June 30th, Ward will release her new album, The Storm, via Hollywood Records, which reflects her unquenchable desire to explore her art and defy its boundaries, this time, fusing bluesy grit with hip hop flair. “I drew inspiration from a lot of past experiences, broken hearts, and things that didn’t work out—things I didn’t want to think about or talk about when they were happening,” she explains. “Once I began to remember situations, it was kind of like shoving a lot of dirt under the rug. There was a lot of stuff I wanted to talk about. Sonically, I wanted to dive deeper into the blues and into hip hop, simplify it more than I had in the past, and have fun walking the line between those genres.”

The Storm also houses collaborations with Michael Fitzpatrick of Fitz and The Tantrums, Gary Clark, Jr., and California blues man, Fantastic Negrito. “I really like to work with musicians that I’m a fan of,” she says. “I’d been listening to Fantastic Negrito and I loved that he was keeping the blues alive, and I love the texture and commitment of his voice. He really cared about what he brought to my song, he wanted to support the story I’d written, and keep it real and authentic,” she continues. “I try really hard to stay true to what I love about music.”

Ward will finish her current tour with a show at Nashville’s 3rd & Lindsley on Thursday, June 22nd, where the crowds are always on beat and in tune. “I’d forgotten how great it feels that my fans like to sing along to the lyrics at my shows, I can barely hear myself onstage sometimes, but I prefer it that way,” she laughs. “It’s definitely one of the coolest things about being on the road. I love Nashville so much, there’s something about that Southern air,” she adds. “I’m definitely going to drink some sweet tea.”