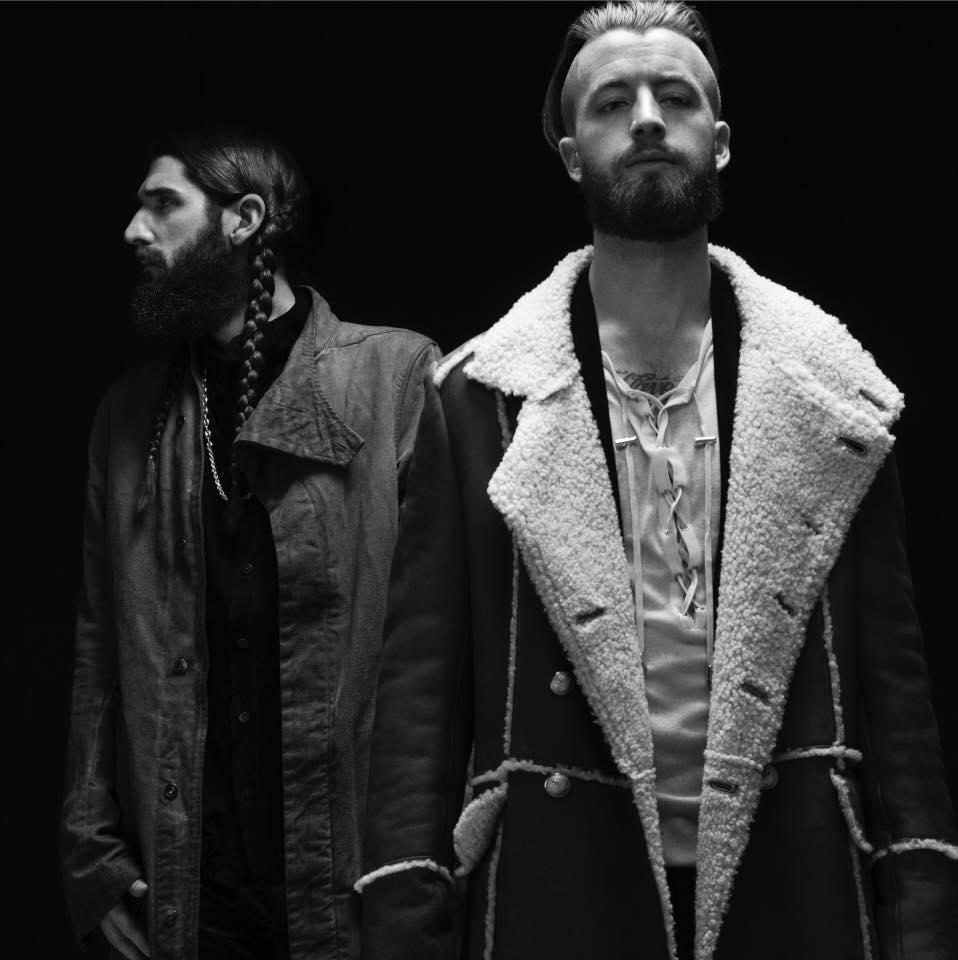 “If you’d have told either of us that we would be where were are right now at the beginning of this band, we would’ve told you you were crazy,” says David Butler, who, along with musical partner Matthew Brue, make up Austin-based electronic duo MISSIO. The band has been blowing the roofs off of venues all over the country recently; the pair are in festival mode as of late, with SXSW and Firefly Music Festival appearances in their rearview and a performance at Lollapalooza in their near future–all to support the release of their acclaimed debut LONER, via RCA Records, which virtually explodes through the speakers with infectiously synth-y riffs and block-rocking beats. “There was never any thought about making a plan to have a certain sound,” Butler adds with a laugh. “Our version of electronic music is a little messed up and not quite right.”

Brue and Butler also pride themselves on living life outside of the proverbial box, which is readily applied to their creative endeavors. Recently, they unveiled tap-and-tilt controlled game app, “Everybody Gets High,” named for one of the tracks from LONER. Players who reach the final level will receive an exclusive acoustic rendition of “Everybody Gets High.” Skilled gamers will be able to unlock a bonus link awarding them a free ticket to an upcoming MISSIO live concert performance. “Creativity doesn’t need to be limited to just songwriting,” says Butler. “We’ll always try to push the boundaries at all points in our career.”

LONER definitely pushes some boundaries—the album bears a darker lyrical tone, the subject matter of which is plucked from Brue’s own personal trials. “David and I always strive to be genuine and real in our music, and write about things from our own personal experiences, things we’ve been through,” Brue explains. “On this record, you hear my story, which is alcoholism and addiction. We like to make it ironic though—for example, a song like ‘DWI’ is set to a happier, dance tune,” he adds. “We want to say something meaningful and speak to people who have the same struggles, through the record and through the live performance.

While most would cringe at the idea of this kind of vulnerability, Brue says it’s something he learned to handle when participating in Alcoholics Anonymous. “When you go into an AA meeting, you walk into a room where there are 20 to 30 people you’ve never met,: he explains. “Someone begins to share their story, and you’ve never met this person before; they may be your age, they may be 20 years older than you, and the amount of honesty in that room will blow your mind,” he continues. “I got used to that mentality of sharing feelings and finding release in that; it made being open and honest on the record easier for me, and that’s how you can help other people, but being honest.” And for MISSIO, honesty has been proven to be the best, and most effective policy. “We get messages from people who have been affected by the messages in the songs,” Brue says. “We got a message from one guy who heard ‘Middle Fingers’ when he was on the verge of committing suicide, and he wrote that the song helped him. It made us realize how important and crucial it was to be honest, and to write with a purpose that wasn’t necessarily financial gain. Successful people are those that persevere, through failures and hardship; it’s really easy to quit these days, mentally and emotionally,” he adds. “Bad things will happen, but you have to constantly persevere.”