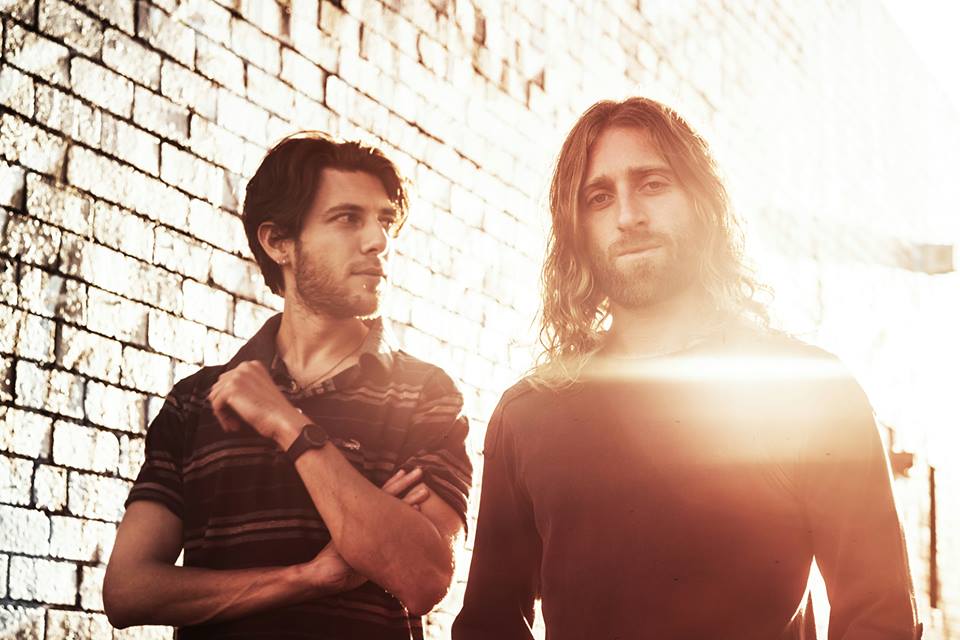 “Everyone is asleep, the world is quiet, there are things lurking in the shadows—your fears are magnified, but so are your hopes and dreams. It’s perfect for writing songs. And for existential crises,” laughs Husky Gawenda, who, with his cousin, Gideon Preiss, make up Australian folk rock duo HUSKY. “I’m willing to have an existential crisis if it results in a good song.”

The self-described night owl found himself indulging his nocturnal creativity when living in Berlin in 2015. “It’s got this history of being this very interesting and very wild place,” he says of the city. “Australia’s very far away from everything, obviously; we had a lot of touring to do in Europe and the States for our second record, and it made sense for us to be on that side of the world for a while. We chose Berlin for several reasons, but mostly because it is geographically a good spot in Europe, it’s relatively cheap to live there, and it’s an amazing place. There are heaps of artists there, lots of young people doing all sorts of crazy stuff—like a dark, twisted, hedonistic dream,” he says. “A lot happens when the sun goes down, and doesn’t always stop when the sun comes back up.”

Gawenda spent his nights reading and writing poetry, which culminated in the band’s dreamy new release, Punchbuzz, out June 2nd via Embassy Of Music. “I learned that I need sleep once in a while,” he laughs. “There’s this thing that happens in Berlin where people start partying on a Friday evening and they don’t finish until Monday afternoon. I gave it a go, but I need a little sleep. The nocturnal theme runs through the album; lyrically, it started in the middle of the night, on my balcony in Berlin on the 13th floor overlooking the city,” he recalls. “It’s the most fun we’ve ever had making an album. In the past I’d always thought that to make an album, you had to go through some sort of agony, but we didn’t. There were challenges, but we had a blast. We experienced a new level of freedom, and allowed ourselves to explore things sonically and rhythmically without worrying about the consequences.”

The sound of Punchbuzz is more electrified, and a step away from the band’s early folk sound; this time, Gawenda opted to write with an electric guitar and looping pedals, foregoing his usual method of writing with an acoustic guitar. “I looped guitar riffs, laid down chords over the loops, and most of the songs started this way, which is different than the past,” he explains. “The riffs dictated a different feel and approach to the production. ‘Folk’ was always used to describe us, and I guess we felt like we needed to honor that word, but this time, we didn’t do that. The songs led the way, and we followed. The result was a different sound, a sound we’re excited about,” he adds. “We stumbled upon little moments of magic.”