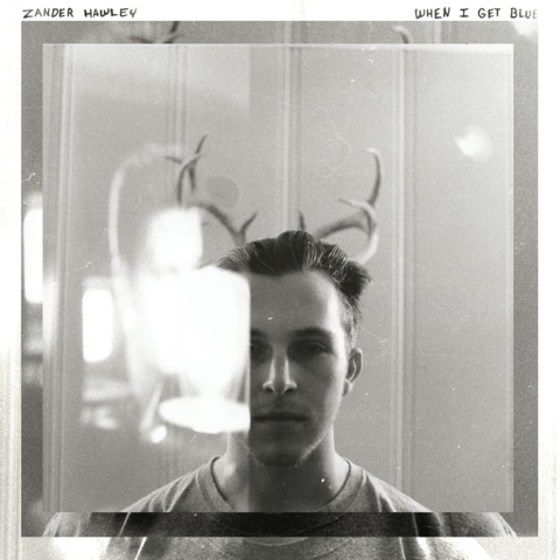 Every ending leads to a new beginning, and heartache is often the catalyst for both. Nashville-by-way-of-Los Angeles-based singer/songwriter Zander Hawley, who began making his own music a few host years ago, knows that truth well. “Like every 15 year old, I had my heart broken, and that’s what set it off,” laughs Hawley, who will release his debut solo album, When I Get Blue, on Friday, May 12th.

Hawley began his musical journey as one-half of folk duo Honeywater. “I got to a point in my writing where the songs felt like they were ‘mine,’ not in a selfish way, they just felt very personal to me,” he recalls, and admits that heartbreak inspired him once again, prompting him to make his new album. “I moved to Nashville and got my heart broken. I was trying to reconcile that with my place in the world in this new city. It was a general time of change for me.” The question is, however, will he ever find anyone that won’t break his heart? “I’m trying! There might be someone, we’ll see,” he says with a laugh, and wonders if finding love would hamper his songwriting abilities. “It’s funny, because that actually crossed my mind when I was making this record. When things were going well, I wasn’t writing anything that was really good. I’d like to think that I can adapt so that I won’t have to place myself in a perpetual state of suffering.”

When I Get Blue was recorded in a marathon two-day session at Nashville’s Sound Emporium. “I didn’t eat the first day so I could keep working. I like eating, but I was okay to take a day off,” he admits with a laugh. “It’s that suffering for your art thing I suppose.” The uber-talented Hawley had a bevy of fellow artists contribute to the album as well, including his friend Phoebe Bridgers, who contributed vocals on five of the album’s 10 tracks. “She inspired me to want to perform live, so working with her is really special for me,” he explains. “When I was living in Los Angeles, I’d wondered if I was good enough to play for people; I saw her perform in a little restaurant in town, and it was transcendent. I decided I didn’t care if I was good enough or not, I was just going to do it. To have her sing with me on half my album was really nice. Brad Lindsay, who used to be in Jamestown Revival, played on five or six of the songs, and Sadler Vaden, Jason Isbell’s guitar player contributed some guitar parts,” he continues. “I was freaking out on the inside. It means so much when other musicians are into what you’re trying to do.”

Tonight, you can celebrate the release of When I Get Blue and snag a copy three days early at 3rd & Lindsley. “I’ll be performing with some of the players from the record, they’re an absurdly good band,” he gushes. “It’s going to be a party.”