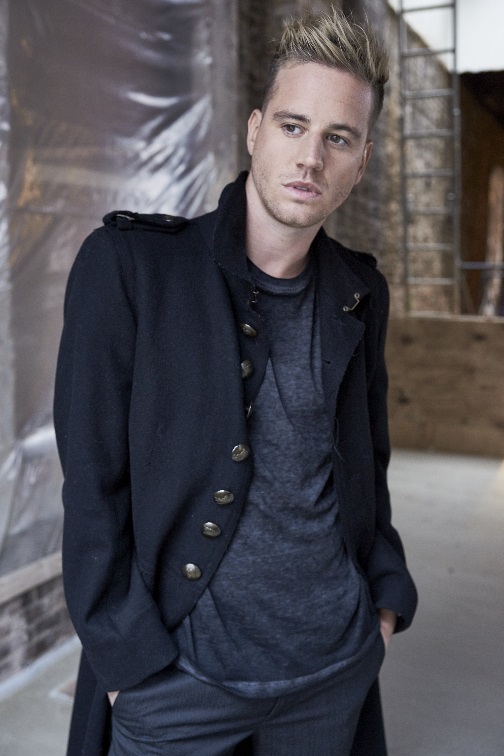 Up-and-coming pop phenom Ben Hazlewood possesses an arena-sized voice and personality to match; the New Zealand native and member of Team Joel Madden on season of 1 of The Voice Australia, has been singing since the ripe old age of five.

“My mom was a dance teacher and had a school, so I grew up dancing,” he recalls. “My dad was a singer, so my whole childhood was centered around the performing arts. I was in bands, starting writing music at 13—if I ever heard one of those songs again, I’d probably curl into a ball and hide and die,” he laughs. “They were so bad, but you’ve got to start somewhere, right? Growing up, I listened to bands with huge male voices, and I realized that I wasn’t hearing a lot of new music with big male voices at the front, and I wanted to bring that back.” With that goal in mind, Hazlewood joined forces with longtime friend, producer Duncan Sparks, to create new music. “I started writing with him in Nashville. We ended writing and producing this whole EP together,” he says of Vanta, the EP he released in June 2016.

“I had enough for a full album, but I decided to release the songs on two EPs,” he continues. “Vanta came out last year, and Eos is coming out later this year. The theme is ‘it’s always darkest before the dawn’; Vanta is the blackest substance known to man, and Eos is the greek goddess who brought the sunrise everyday. A lot of my lyrical content comes from a dark place that looks toward a positive outcome; I’ve found myself in some really dark places, and I have friends who have been there as well, in hard places—whether it was drugs or mental illness or relationships—I wanted to write about those struggles, but also about not being stuck in that negativity.”

His music spans genres—cinematic pop with alt-rock edge and electronic flair. “No one tries to put you in a box in New Zealand and Australia, the industry just encourages people to create, and if it works, that’s great,” he says of his not-so-easily-categorized sound. “They don’t try to force us into genres; people there listen to everything, they have a fluid mix of music they like. I feel like in the States, the type of music you listen to seems to define who you are, the friends you have, and even the places you go. Those lines are more easily crossed in New Zealand and Australia. It’s different and unique.” The passionate spirit of independence that fuels Hazlewood’s creativity motivated him to create his own label. “I just want to do what I want to do—I’ve been told before what my sound needs to be and how I need to write, but at the end of the day, if I’m not happy and loving what I’m creating, what’s the point? The whole reason why I want to do this is because it’s the one thing  in the whole world that makes me the happiest,” he reveals of his work. “Now I can create and talk about what I want, with the sound that I want, and just go for it.”