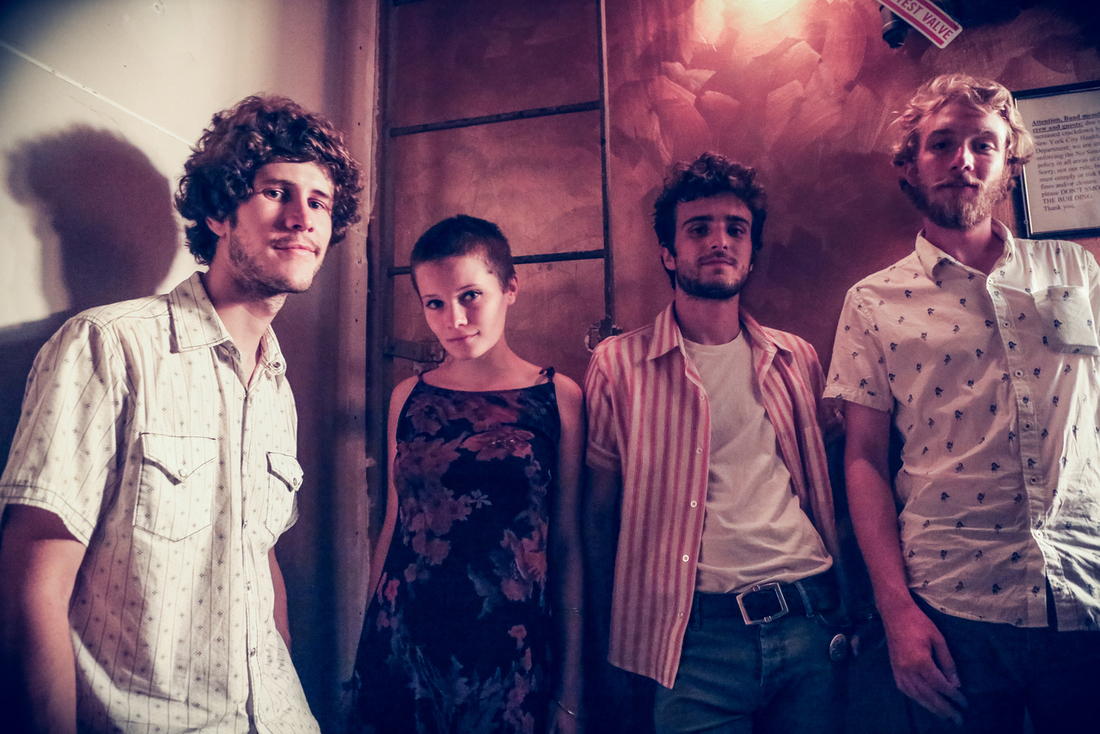 If you aren’t yet familiar with Brooklyn-based duo The Shacks, you should be; the band formed in a studio in Queens, New York in 2014, when musical wunderkind Max Shrager, who was playing guitar on a Leon Michels (El Michels Affair) track, brought Shannon Wise to provide vocals—a first time experience for the young singer. Now, two years later, the pair have a nine-song EP under their belts, and are embarking on a tour. Oh, and they are barely in their 20s.

By age 17, Shrager, a New Jersey native, was writing and recording with Daptone Records, home of Sharon Jones and The Dap-Kings and Charles Bradley. “My dad played Led Zeppelin, Pink Floyd, and the Rolling Stones, all the time, which was typical dad music,” he laughs. “I started getting into some older stuff, but my parents’ tastes remained the same, I don’t think they understood the stuff I was listening to, but they supported me.” Wiser’s father, a producer, operated a studio in his house, and her mother, a singer/songwriter, raised the young singer with a steady and diverse musical soundtrack. “We met in high school,” recalls Wise. “I’d lived in New York City my whole life, and Max started coming into the city to work with Daptone and all of those guys, and decided to stay here, and finish high school here. We started making music together right after we met.”

Admittedly, The Shacks’ sound is not easily categorized; Wiser’s innocent vocal delivery is quiet and breathy, and the instrumentation and arrangements are rock n’ roll with a modern vintage patina. Their pairing with indie label Big Crown Records, home of bands like El Michels Affair, Lady Wray, and Lee Fields & The Expressions, fits this band like a glove. “Leon Michels, one of the label’s founders, was also doing work with Daptone, which is how we met; we’d almost finished the album, and decided to put it out with Big Crown,” recalls Wiser. “Leon was part of the project from the very beginning, co-producing it with me and writing, playing on a lot of the songs, it just made sense to put the music out on his label,” adds Shrager. “We were all on the same page with the vision for everything, it was very cohesive and organic. We never even considered putting it out with another label.”

“We have preparing for our tour, it’s our first time going on tour as The Shacks, we’ll be out for about two months,” explains Shrager of their travels, which will bring the band to The High Watt  in Nashville on Tuesday, February 28th. The band released their ethereal EP last year, and already have a full-length, Haze, ready to unleash. “It’s currently being mastered, hopefully ready to release this summer,” says Shrager. We can hardly wait.