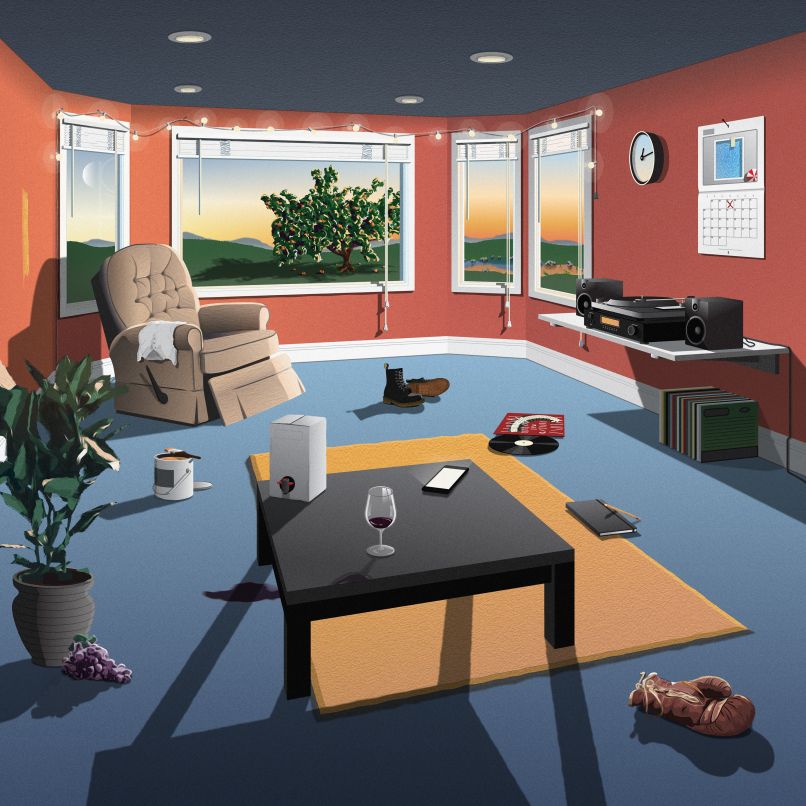 Hippo Campus’ forthcoming album landmark, set for release on February 24th via Grand Jury Music, is a winter treat for indie rock lovers counting the days until summer festival season; landmark is a fitting title for the St. Paul, Minnesota-based group’s debut full-length—however, the title bears a deeper meaning. In landmark, we experience the band’s evolution from childhood memories to their current struggle in challenging the hype of a social media-crazed world.  It is indeed a landmark for these four 21-year-old indie rockers as they share their reflections on the past, feelings about the present, and apprehensive optimism for the future.

The album instantly took me back to classic Vampire Weekend tracks, their upbeat sound a perfect backdrop for both lighthearted and serious lyrical adventures.   Hippo Campus’s music leaves you carefree–whether it’s recalling the wistful days of childhood on songs like “Simple Season,” or snarling at the pop culture mindset on the dreamy guitar and distortion-filled “Way it Goes.”  On lead single and album standout “Boyish,” a driving foot-stomping head-bobber featuring synth-y flourishes and delicious falsetto, dares you to sit still, while the melancholy lyrics share youthful memories of the impact of divorce. “Western Kids,” sure to be an indie-rock dance and sing-along favorite, serves up a searing indictment of modern excess.  The contradicting musical style and lyrical narrative coexist through the energy and youthful vibe of frontman Jake Luppen’s captivating vocals.  Landmark is at its best when it catches you off guard.

With their addictive buoyancy and emotion-fueled lyrics, Hippo Campus has undeniably given us a landmark album for 2017.