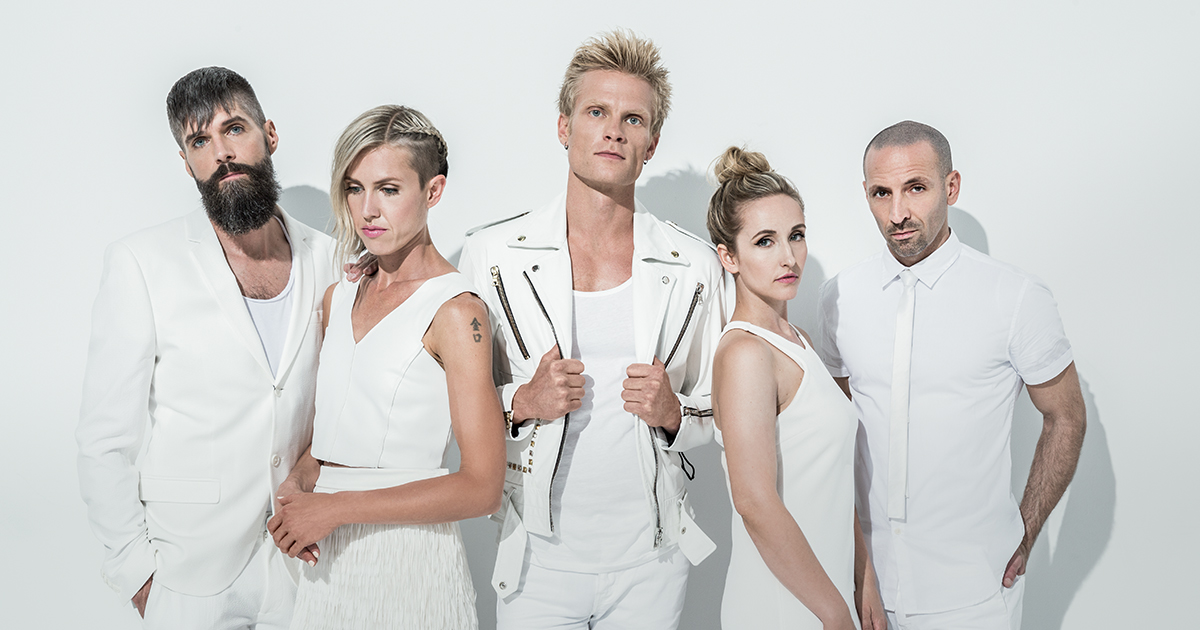 “Silence can be loud,” recalls Mother Mother frontman Ryan Guldemond, of time spent alone in a home studio he built in the woods of Quadra Island off the Eastern coast of Vancouver Island, where he and his sister and bandmate Molly were raised. He was under pressure to follow up the band’s acclaimed album, 2014’s Very Good Bad Thing, and enduring crippling fear that he would be unable to write another song. Ryan had also fallen into a pattern of self-medication, and made the decision to embrace sobriety before retreating into solitude. “I had lost touch with myself and the people around me, my relationships fell into a state of disconnection and disrepair,” he admits. “I had gotten sloppy.”

“It began with a five-day detox after a bender,” he continues. “As the days rolled past, something opened up inside of me, and I felt more connected to myself and to other people and to the simple act of living. I set out to stay clean for a year, during which I would write. It wasn’t as easy as that, on a personal level it was challenging.  Sometimes it’s easier to be productive and channel your energy in the midst of chaos because there are so many things distracting you from yourself.”

“My internal voice was loud in the woods; through listening to it and conversing with it, I found a poetic line for this album,” he says. Ryan overcame paralyzing writer’s block, fought depression, embraced the clarity that sobriety brought, and emerged from the woods with what would become their sixth studio album, No Culture—a cache of autobiographical songs, and a new subject for the artist. “I assessed the authenticity of my persona,” he adds. “It’s essentially what the album is about. It’s also a really honest snapshot of where we are right now. I hope it provides a vehicle to allow people to get more in touch with themselves and the experience of being alive, to be more human, whatever that may be. I don’t want to change anybody or instruct anybody on how to live,” he continues. “We pushed the boundaries sonically, it’s a new and modern approach for us. I’m excited to share it. I can’t wait to represent it.”

Mother Mother will have the chance to do just that—with the release of No Culture behind them and a tour of Canada underway, the band plans to head south in the near future. “America is on the horizon for 2017. We love it, we love the vast and diverse urban landscape. The people are a bit more forward, American folk are more on fire,” he says with a laugh. “There’s more spiffle in the projection of their energy. To wax cliche, they’re not sorry.”

As for his time in the woods, Ryan admits it was a game changer. “A big thing I learned was that having a story to inform the writing is really important, having a potent experience—whether it’s good or bad—that gets the words and the music out. It adds depth and dimension and meaning to the proposition of releasing an album. It’s better than just saying ‘Okay, it’s time to write 12 songs,’ where you just aimlessly scour your feelings. Moving forward, I would instigate new and shocking experiences to get the music out, because as a byproduct, the music will be more real,” he reveals. “I can’t go back now.”