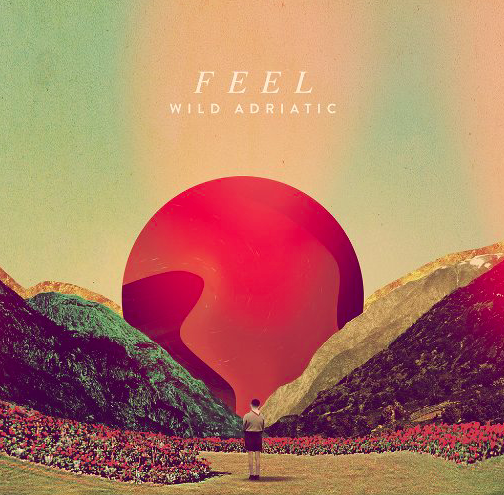 Wild Adriatic prides itself on its concert vibe, so the band decided to capture the thrill of their live show on their forthcoming album, Feel; as frontman Travis Gray explains, “These songs align with everything we’ve gone through in the last year.  They highlight hard times, but also underlying hope and optimism. We’re people. We’re supported by fans who buy tickets and come out to shows, and we like to hang out with them. We aren’t trying to take ourselves too seriously. We’re trying to connect. We’re trying to feel.”

The album’s rock and groove tone is prominent from the start with the jump-up-and-dance, funk-driven, “Appleton.”  Like many of the songs on Feel, “Appleton” deals with the end of a relationship.  The underlying anger-tinged pain is softened by the song’s reminder that there is always somewhere to go when things fall apart.  In this case, the song’s title is a shout-out to the Wisconsin town where the band has had some memorable shows over the years.  In contrast to the opening up-tempo optimism, “Come Back Baby” puts Gray’s soul-influenced vocals on full display, accompanied by a retro-style funk that harkens back to the days of Motown, yet carries just as much emotion as today’s modern analog style.

While funk and groove is prominent through-out Feel, the band shows off its pure guitar-rock influences as well. “Hurricane Woman” and “Some Nerve” lead with screaming guitar and anthemic, arena-ready lyrics.  “Same As It Ever Was,” a timely narrative on immigration and the politicizing of border control to whip up fervor, is blessed with one of the album’s many guitar solos that leave you torn between pumping your fist as you rock out or listen quietly in awe.

Feel concludes with “Busman’s Holiday,” driving home the idea that change, even change caused by heartache and blistering pain, is sometimes exactly what the soul needs–a timely message delivered brilliantly through driving and captivating dynamics.

Wild Adriatic prides themselves on their musical and lyrical maturation—embracing soul and blues while keeping the swampy grit and energy of their classic southern rock influences. A cursory listen to this record makes us dance, nod, and even air guitar at times, and connects us to those universal human emotions felt in painful relationships, political struggle, and personal evolution.  Feel makes us do just that.