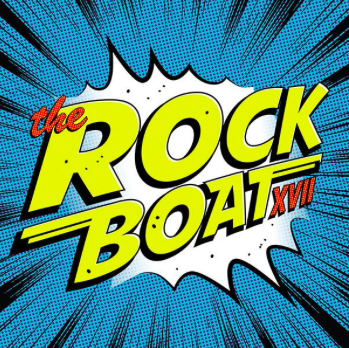 For the last 17 years, iconic folk pop band Sister Hazel, who began their storied career in the early 90s, has hosted an event called The Rock Boat; essentially a maritime music festival that occurs every February, adventurous music lovers are treated to a lineup that features the best of what’s next and established artists alike while absorbing the beauty of the Carribbean.

“It’s a collaboration between us and our former manager Andy Levine who started a company called Sixthman,” explains Sister Hazel drummer Mark Trojanowski. “After we toured our album …Somewhere More Familiar, we went back out and toured our Fortress album,  and we wanted to have a fan appreciation event for taking us to platinum and putting us on the map. For the first one, we took about 750 people and one other band; we played one show and the other band played one show, we cruised, and it was killer.” It was also a success, so the band figured out how to lease an entire cruise ship, bring on more bands to provide all the entertainment, and it became a the floating festival it is today, and inspired Sixthman to create similar events like The Kiss Kruise, The Kid Rock Cruise, the Cayamo Cruise, and more. “Over the years, we’ve had so many different bands,” adds Trojanowski. “It’s a place where you’ll find the next big thing, as well as industry veterans like Will Hoge and Gavin DeGraw.”

“It’s virtually a worry-free experience, unless you get too inebriated and get off the boat and have a hard time getting back on the boat. Someone’s gotten left before,” Trojanowski laughs. “In the beginning, it was hard to convince other artists to come perform because they were hesitant to be trapped on a boat with fans for five days, but they quickly figured out that personal space invasion is a non-issue,” he continues. “That’s the appeal—you never know what might happen; someone might show up and have an impromptu jam session in the middle of the pool deck at any time of the day or night.”

For more information on The Rock Boat: http://www.therockboat.com