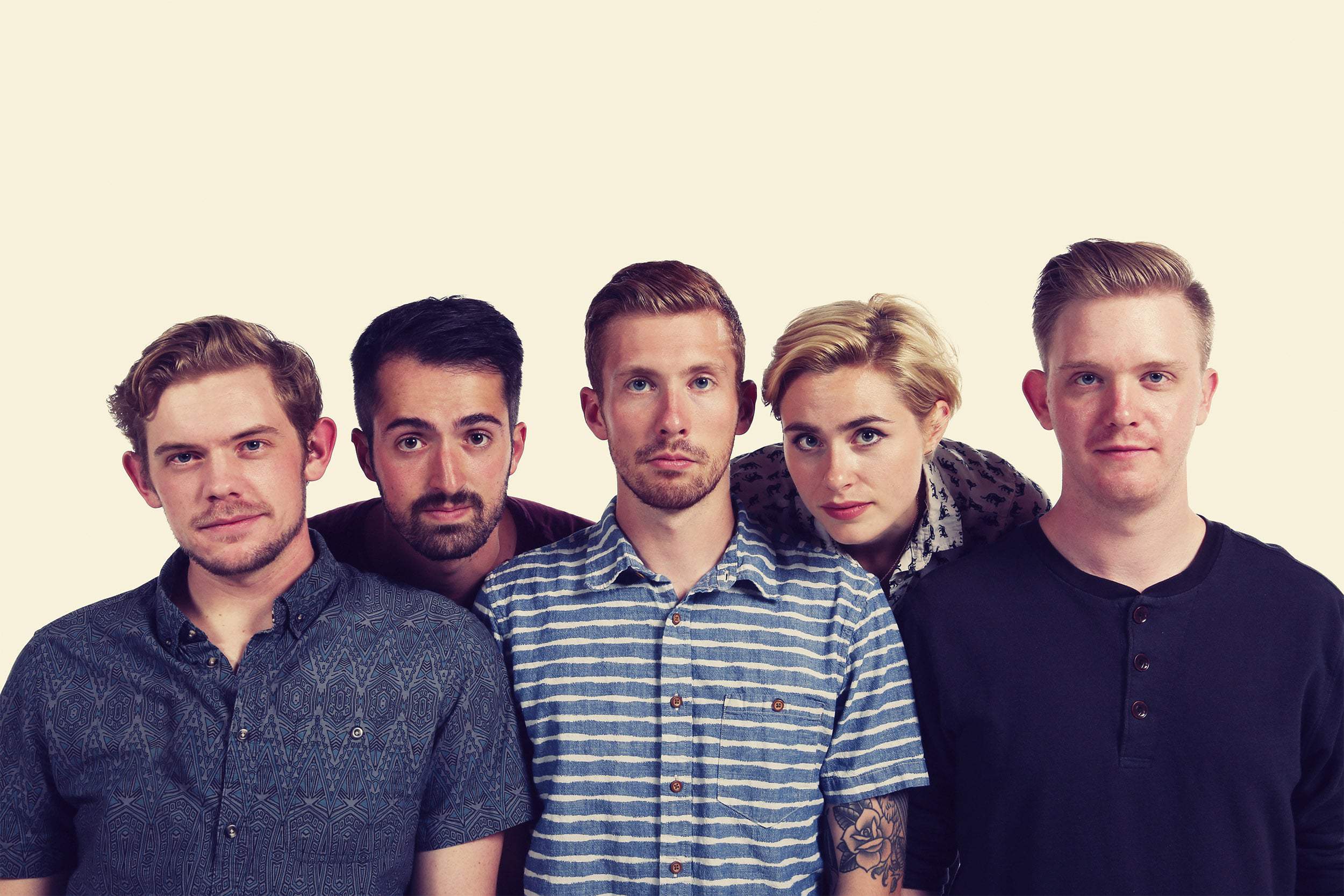 Denver-based folk-pop band The Northern Empty is on a new trajectory; what started as Nick Anderson’s solo project a couple of years ago has now become a five-piece powerhouse with its sights set on world domination.

Their story began at the University of Denver, when Anderson met Cooper Leith, and the two grew to four with the addition of Brendan Schuster and Erik Fellenstein. The group recently rounded out their lineup wth the addition of vocalist and multi-instrumentalist Lindsey Black, who actually moved from New York to Denver to join the band after bravely answering their ad on Craigslist. “We haven’t stolen her kidneys yet, but we’ve debated it,” jokes Leith. While it may seem curious for someone to move away from New York to pursue a music career, it makes a lot of sense given the vibrant and welcoming folk and indie scenes in the Mile High City.

“Denver is kind of known as a black hole for touring bands,” Anderson laughs. “There’s nothing around it and it’s really far to the next big market, which has perpetuated a culture of close-knit and community-inspired music. It’s a great scene for bands to come up in, there’s so much cross-genre interaction between musicians and labels and services and festivals and venues in town,” he adds. “There’s so much opportunity here.” In fact, the entire state is a source of inspiration, with its accessibility to natural beauty and a culture that encourages its residents to slow down and enjoy the scenery.  “The whole premise of our new song ‘Rest My Bones’ is about getting away from the buzz and the fast-paced motion of everyday life and just taking a breath,” Anderson explains. “It’s so easy to lose your grounding. Denver is a vibrant and bustling city culture full of art and music and culture, but you have an entire state that’s just so beautiful—the mountains are only a half hour away.”

“Rest My Bones” marks new territory for The Northern Empty; while the release of their debut LP last year garnered the band almost half a million streams on Spotify, “Rest My Bones,” the first song from their forthcoming album, reflects change—the members have graduated from college, the lineup is different, and they have gradually moved into a more alt-rock-inspired sound. “This is the first time we’ve all sat down together and made songs in this newly refined direction,” says Leith. “When you decide to turn your hobby into your career, it changes the tempo and the motives and the structure of everything. We wrote the bare bones in one day, but the song was constantly changing and transforming for about five months because we had the time to sit on it and and collaborate as musicians and as friends.”

The song is like an anthem to the band, and they consider it a launching point into their new future. “We’re taking a couple of months to take that same collaborative, non-pressured approach with the rest of the record. We’re trying new things, we have a new sound,” Anderson declares. “We have a lot more in store for you.”