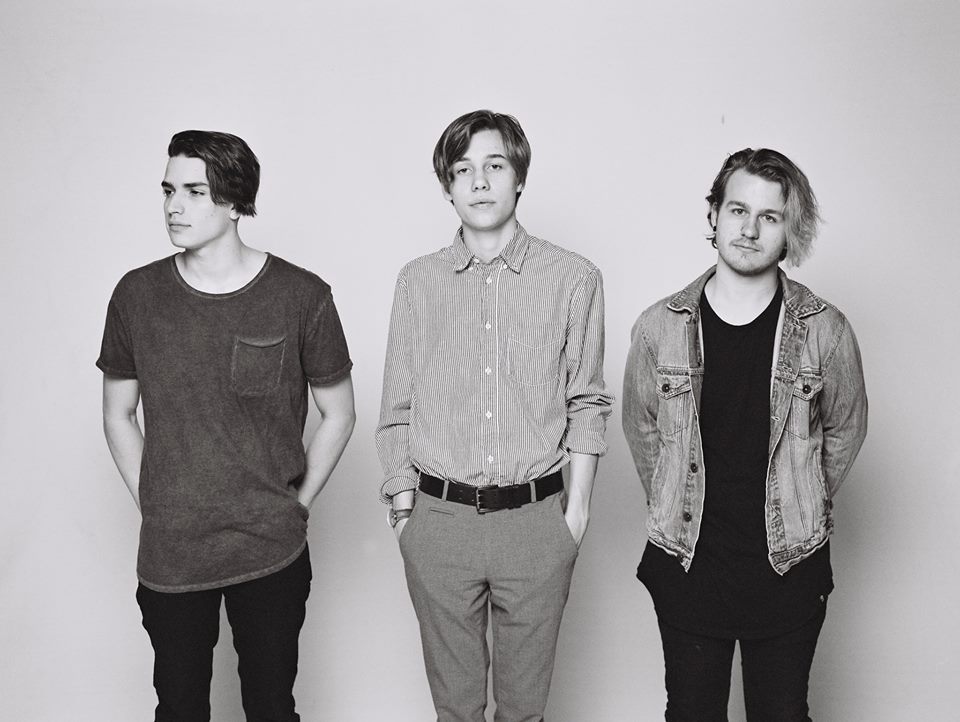 “We are three friends who grew up together playing music; when we decided we wanted it to be more of an expression and documentation of our lives, it became Mansell,” says Holden Fincher, vocalist and guitarist of the Atlanta-based indie rock outfit, who released their debut album, Mantra, on November 11th.

“Both of my parents are working musicians; creativity was nourished in our house. I loved music with my whole heart, but i never really was interested in being a musician until I realized that all the things in my head I wanted to create i could do easiest through music,” recalls Fincher. “My family taught me everything I know.”

Fincher, along with bandmates Trent Bilodeau (bass/vocals) and Grayson Arias (drums/vocals), find it a challenge to pinpoint a main influence on their sound given the rapid absorption of diverse musical styles in their young lives. “We listen to everything under the sun and the three of us have very different backgrounds,” he says. “We’ve been close since we were kids, our friendship just became a melting pot of all the things we discovered—everything from Debussy to Coltrane to our stereotypical hardcore phase. We had so many influences, that when we make our own expression, it’s an obscure mix of things from which we draw.”

“We had created a group of songs that fit a particular period of our lives and who we were and the questions we were asking and the people we were becoming. It was an incredible process, and a very natural one,” adds Fincher of the band’s debut. “Mansell is 100% collaborative; we’re all different people so it makes it easy to recognize and praise each member’s strong suits.”

Though their hometown is well-known for its rap and hip hop scenes. Atlanta offers a diverse breeding ground for the arts. “Even though we’re three white kids who play rock n’ roll,  we’re super proud,” says Fincher with a laugh about Atlanta’s hip hop heritage. “Rap and hip hop are as much an influence on us as Led Zeppelin is. The arts thrive in Atlanta, it’s bred into you. It’s so multicultural, it’s very American, and it’s all so accessible.” Mansell will continue to that diversity with an album release show at The Vinyl in Atlanta on November 25th. “We change the set list for every show, we don’t like monotony,” declares Fincher, “We’re playing with some of our good friends, it’s going to be a great time.”

For tickets and shoe information: www.centerstage-atlanta.com/show/?id=2389&artist=MANSELL