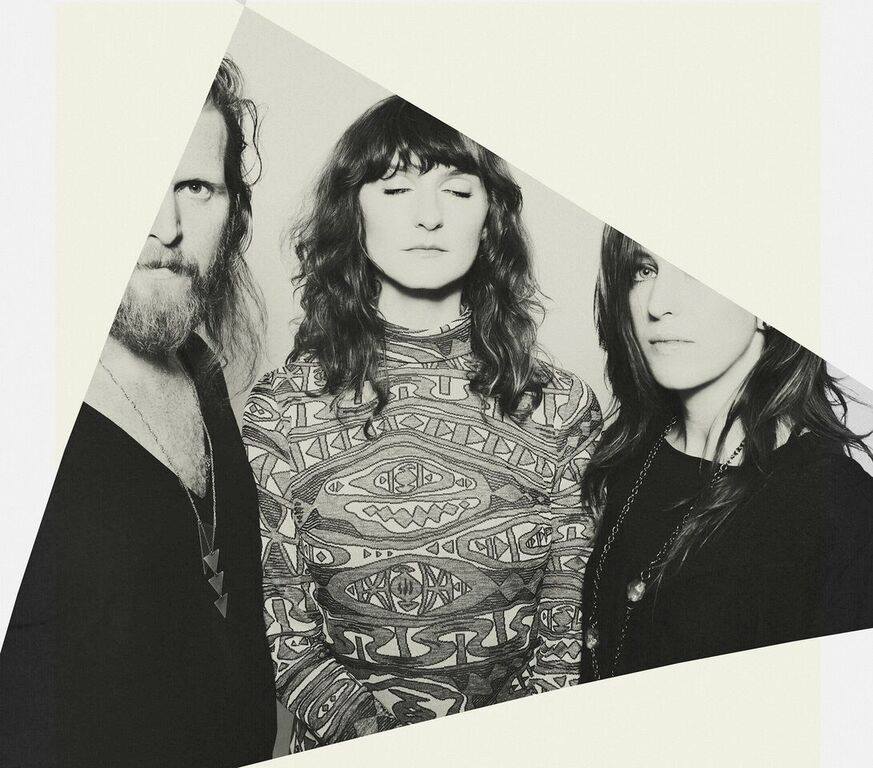 Louisville-based dreamy indie rock trio Twin Limb has recently hit the road with fellow Louisvillian music-maker Jim James, a tour that will bring them to the Ryman Auditorium to perform for the first time. “We’re opening for Jim, and then we’re playing in his band,” says Twin Limb’s Lacey Guthrie. “I never imagined I’d walk into that place with an instrument on and get to play. It’s really surreal. My grandpa shed a little tear, he’s really excited for us; he’s a huge country music fan, and he got all flustered when I told him we were playing there. It was cool.”

Guthrie and bandmate Maryliz Bender met at a party a few years ago, and made an instant connection over music. “She had the most amazing, beautiful, super dreamy voice. She was doing these really complex loops and was making all these ambient layers, it was incredible,” Guthrie recalls. “We decided to get together to work on songs–it didn’t take long to decide that we should keep doing it and give it a name and treat it like our baby.” A year later, the pair went into the studio to record with local engineer Kevin Ratterman; ”He kept coming up with these perfect guitar ideas and these perfect atmospheric parts, so we decided to keep working with him. We asked him to play a show with us, and before it started, he texted us and asked if he could wear a dress,” she says with a laugh. “It was a blast.”

The band recently released their full-length debut Haplo, a collection of songs that  were initially recorded and slated for release almost two years ago.  “This is the album we took to record with Kevin when we met him. We were so proud of it. He joined the band before we came up with a plan to put it out, and then right away we ended up on a tour, our first one as a band. It gave us time to find our sound as a three piece, and we decided to re-record it and put it out,” Guthrie explains. “All of our songs tend to be vague; the songs on Haplo are a giant wad of stream-of-consciousness-style writing,” she laughs. “It’ll be like ‘Oh, remember that one time I took a super heartbreaking drive because I saw some windmills and they made me feel a thing, and it feels like that one time I was out walking in Chicago in February, and that also feels like what’s going on in Iraq right now.”

“It was all super natural; our harmonies just kind of happened—both of us just doing what we were doing made the band what it is, vibe-wise. When Kevin showed up, we could finally do everything the way it sounded in our brains,” declares Guthrie. “It’s just what’s always been inside of us.”