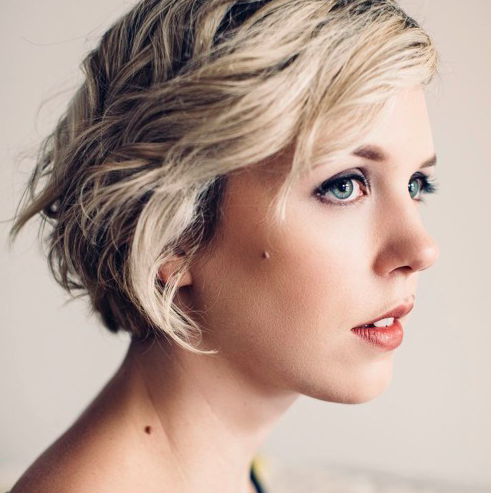 Nataly Dawn, one half of Pomplamoose, the endearing indie rock duo she formed with her now-husband Jack Conte, recently released her second solo album, Haze, a collection of beautifully poignant and intensely personal songs that encompass ideas of wrestling with faith and processing painful family issues.

“I haven’t really talked much about this, but I guess I’m okay with putting it out there now—the subject matter in the album is related to family stuff, there’s been some rough stuff happening there. It’s pretty lyrically explicit, but for some reason people love making it about Jack, which is unfortunate, because we have a great relationship! The angry, sad, bitter songs are not about him!” she says with a laugh.  “I spent the last four years making Haze from a variety of home studios as I was moving across San Francisco; Jack co-founded a company called Patreon, which put a surprise halt on our band. That was something that took getting used to, along with the transition of me coming into my own and learning how to be self-sufficient musically.”

Though the album’s subject matter is on the serious side, the music doesn’t feel heavy or burdensome, as Dawn’s ethereal voice delivers unaffected honesty that soothes the soul, yet awakens it all at once. For example, album standout “For The Record” is a triumphantly upbeat tune that unearths deep-seated insecurities about a significant other’s past. “It’s like, ‘what was so great about her??’ you know?” she laughs. “Right before I wrote it, Sophia Kalin, the video’s director, pitched the idea to me of using a 1960s aesthetic, and I wrote it with the video concept in mind. It was a weird process for me, but it worked ”

The child of missionaries, it’s no surprise that a recurring theme Dawn’s songs is frustration surrounding issues of faith. “There are so many artists that come from strong evangelical backgrounds and that become ‘hell-bound’ singer/songwriters,” she laughs. “It feels like a permanent topic, I’ll probably never stop writing about religion—but the way I write about it now is very different than I wrote about it five years ago. I was frustrated with a lot of Christians for their projections onto my life, and it felt really judgmental. To assume that you understand someone’s else’s spiritual life is frustrating to me, and I felt like I had a very healthy spiritual life. I was still praying and was maintaining my relationship with God, and I didn’t understand why people were judging me. Eventually, I became a lot less tolerant with the hypocrisy, my threshold was wiped out. I get really annoyed with anyone who calls himself or herself a man or woman of God who is incapable of loving people,” she continues. “It drives me crazy.”

“Being that vulnerable is so necessary; putting words to those feelings is difficult, and it take a while to write the songs because I want to get them right. It can be excruciating, but it’s worth it, it feels like you actually got to the bottom of something, and the hope is that people can easily relate to it,” she says. “I don’t write to dwell on sorrow, I’m trying to process something to help other people.”