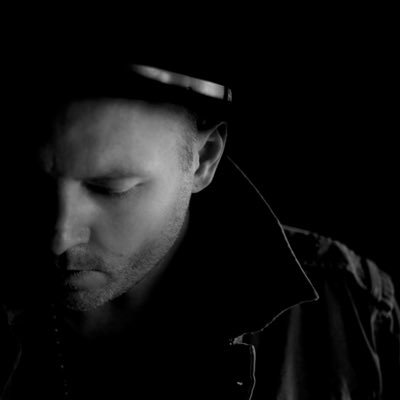 “I’m not a spring chicken, as they say,” jokes Dustin Burnett, who, on November 4th, will release Golden Age,  his first album under the moniker ZAYDE WØLF. The Grammy-nominated Nashville-based music producer, who founded, fronted, and toured with the band The October for years, began his musical journey at the tender age of 15, when his mother signed him up for jazz band class at school. “It eventually got renamed as ‘stage band’ because the only kids that were in it were these long-haired guitar and drum guys, no one played jazz at all. They found out quickly that I was the only one who wasn’t afraid to try to sing, so I jumped right in. We got to play at lunch time in the cafeteria a couple of times,” he recalls with a laugh.

Touring became hard for Burnett and his young family, so he began exploring his options. “I was making the records for the band; other bands would ask who was doing it for us, which got me into producing,” Burnett recalls. “I realized I felt more comfortable sitting between two speakers and helping to pull creativity out of other artists.” Nine years ago, Burnett relocated his family to Nashville to start a production company, and he is a co-owner of Nashville drum sample and loops company called That Sound, which has curated content for artists like Mutemath drummer Darren King, St. Lucia, Passion Pit, and more.

His talents then guided him towards a uniquely-inspired path; “I loved sports, I played basketball in school, and I always had songs I would listen to to get me pumped up before games. I loved watching Michael Jordan highlight reels and the music that would accompany those, it always stuck with me,” he recalls. “As I began working on these songs, I wanted to make anthemic tracks like that.” Burnett called his project ZAYDE WØLF, and began crafting arena-sized pop anthems featuring big bass and heavy percussion. “I wanted to include those ideas in a modern alternative pop record; I hadn’t heard anyone out there who was trying to go all the way in with that kind of huge percussive sound.”

“I was writing the ZAYDE WØLF songs with the idea that I was going to have someone else sing them,” he continues. “The singer I had asked wasn’t available, so I sang on the tracks and messed around with it, and it got licensed almost immediately. The licensing company basically told me to make a whole bunch more of these songs, so I did.” Now, Burnett has garnered nearly 60 licenses in the last year, with songs used by the NFL Network, the Olympics, the Cleveland Cavaliers, in movie trailers, and on the hit television show “Dancing WithThe Stars”.

“It came a lot faster than I thought it would; I didn’t even announce that the ZAYDE WØLF project was me until recently,” he adds with a laugh. “I finally embraced it all a couple of months ago. The title track, ‘Golden Age’, recounts that feeling of living in the unexpected, which is like a golden age.  I didn’t realize it at the time, but I was writing a lot about myself, rising up and stepping through tough times,” Burnett recalls. “I grew up pretty poor as a kid, we lived in a two-room trailer. My mom would save money from her job to buy musical instruments for us. My parents fought hard to provide everything they could for us. Those themes came through in the music.”

Burnett is excited to see where his ZAYDE WØLF takes him, and is enjoying being immersed in Nashville’s growing pop scene. “That’s where my heart is, writing pop music, and I love connecting with the community here. I’ve worked hard as a producer and a writer, and I didn’t realize that all the things I was doing were building up to this point, this project,” he says. “I learned that when you work hard at something, it will come to you. I love to see people who work hard become successful; so many people have encouraged me over the years to continue to make music, and I want to do that for others.”