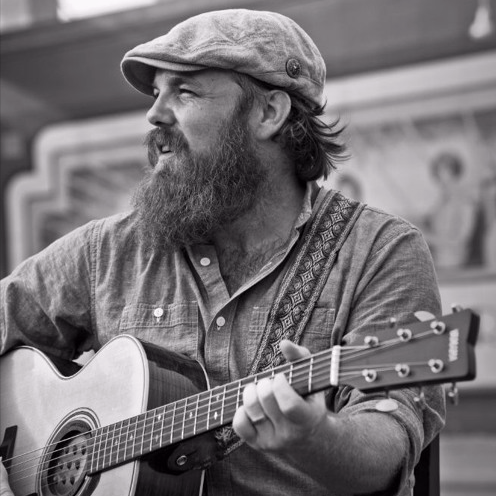 Marc Broussard is on a mission, and he’s putting his money where his mouth is; last summer, the Louisiana soul man started the S.O.S. Foundation to funnel charitable dollars to support causes benefitting the chronically impoverished. On September 30th, Broussard released a compilation album called S.O.S. 2: Save Our Soul: Soul On A Mission, and dedicated 50% of the sale proceeds to the S.O.S. Foundation.

“The motivations for making S.O.S. 2 were purely philanthropic; now that I’m an independent artist, I wanted to put together a project that would incorporate philanthropy into what we already do,” Broussard explains. “We’ve dedicated 50% of the revenue from the sale of the record to the S.O.S. Foundation; for this record, the Foundation partnered with City Of Refuge, an Atlanta-based organization which houses a number of non-profit services, and has a tremendously comprehensive approach to the work they do with the homeless, the chronically impoverished, and people struggling with addiction,” he continues. “They provide housing and education opportunities, job training and placement for life. They’re boasting over a 90% success rate for getting people permanently off the streets, which is staggering when you compare it to other organizations in that arena.”

The album features covers of soul classics like “These Arms Of Mine” and “Cry To Me”, with collaborations from icons JJ Grey and Huey Lewis. “This record was originally supposed to be a blues record, and then we talked abut doing a yacht rock record. At some point, I listened to a Solomon Burke’s tune ‘Cry To Me’, and I couldn’t help it, I knew I wanted to do another soul album,” he says. “I’m looking to make this an annual mission; the sky is the limit as far as playlists for any given S.O.S. album because I know there’s always going to be another one.”

Broussard is currently on tour until the end of the year, which will bring him to City Winery in Nashville on November 4th. “I always love coming to Nashville,” he says. “I enjoy connecting with my fans a very real way. I don’t want to give away too much, but I’ll say this: there will be several projects, including another S.O.S., another original project, and hopefully a side project. I’m also working on putting together a young writers’ retreat for next summer that will yield a nice compilation album,” he adds. “I’ve got a whole lot planned for next year.”

Find out more about City Of Refuge: http://cityofrefugeatl.org