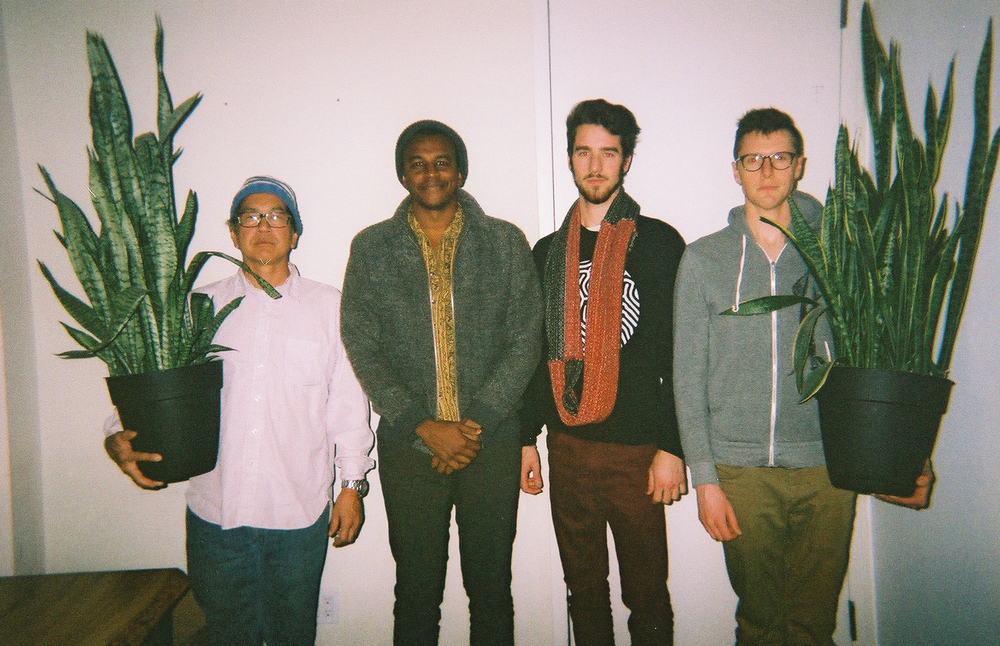 Once upon a time, two New York session musicians, drummer Miles Arntzen (Antibalas, Will Butler, EMEF) and sax player Jas Walton (Leon Bridges, Sinkane, Father Figures)—who both currently play in the Afrobeat ensemble Antibalas—began experimenting with their respective instruments in Arntzen’s Greenwich Village basement. The duo hunkered down to compose demos that were made up of percussion, woodwinds, and the offbeat sounds of everyday objects–a style of recording and manipulating common ‘non-musical’ sounds born in Paris during the 1940s and dubbed “musique concrète” (pronounced moo-ZEEK kohn-KRET), which seeped into pop music in the mid-‘60s, and is now a staple of mainstream music.

While touring with Luaka Bop’s William Onyeabor supergroup Atomic Bomb!, Walton met Beastie Boys’ synth master Money Mark and Sudanese-pop artist Ahmed Gallab (Sinkane, Caribou, Of Montreal, Yeasayer). In March, the four of them convened in Brooklyn to record under the project name Les Yper Sound, titled after Pierre Henry’s 1967 musique concrète EP. This studio-oriented team of multi-instrumentalists—who are all producers in their own right—digested Miles and Jas’s original basement demos and began improvising new works, featuring sounds made by objects like coffee makers and coins, during sessions at Shahzad Ismaily’s new studio in Brooklyn.

On November 4th, Les Yper Sound will release its 14-track sophomore effort, Explorations in Drums & Sax, via Figure & Ground Records; the album is an all-instrumental journey through numerous genre-crossing worlds, produced by Lily Wen (Dust & Grooves), engineered and mixed by Eli Crews (tUnE-yArDs, Yoko Ono, Lorde), and is a hat-tip to the novelty of recorded sounds back when they were still weird and way out.

East of 8th is proud to premiere the video for album track “Eastern Parkway”, comprised of raw footage field video of spliced together with a front seat late night car journey along Eastern Parkway, featuring Walton on sax (recorded by Money Mark). “This video is a crystallized example of what the musique concrète process can yield,” explains Walton of the video. “Walking around Brooklyn on a chilly night, getting different sounds and timbres remotely depending on the spacial environment – that is what makes musique concrète interesting.“