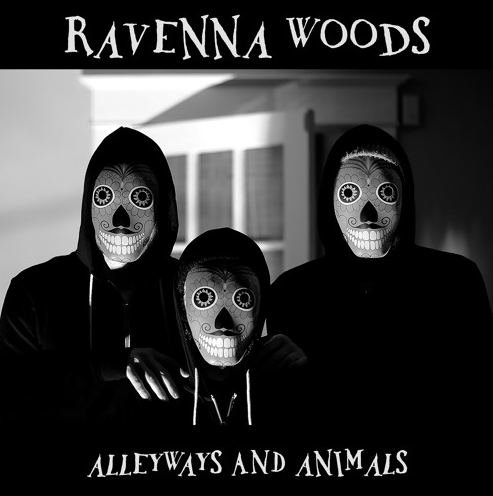 “I had always wanted to work with him; in high school I remember seeing his name in the liner notes of all these hardcore and post-punk records I listened to and thinking, ‘How the hell do I get this guy to record MY songs?!’ recalls Chris Cunningham of Seattle-based alt-rock outfit Ravenna Woods of Matt Bayles, who produced the band’s new EP, Alleyways And Animals. “I was really, really excited to get connected with him, and even more so to hear that he was interested in working with us.”

All of the band’s previous records were home-recorded and self-produced, but the group had recently undergone a metamorphosis and lineup change that begged for a different approach. “Matt knows how to make things sound huge, chunky, and locked in without losing that organic quality of a real, imperfect band of humans,” adds Cunningham. “It makes it more personal and intimate sounding, in my opinion, than glossy radio shit. Ravenna Woods is no stranger to change–from acoustic instrumentation to their current electrified sound using an array of synths, a sampler, and auxiliary percussion, Alleyways & Animals is a lush evolution from their early days.

Cunningham says that location ignites creativity, and this time, sparks flew on the border of Kenya and Tanzania.”Sometimes you happen upon a place by accident and are seized by that feeling of inspiration, and sometimes it’s a little more deliberate. One of those places for me is located in the Maasai Mara,” he explains. “Over the last few years I’ve been lucky enough to visit twice and stay out there in a canvas tent in my friend’s ranger camp. He runs the operations for a conservation organization that focuses on decreasing human/elephant conflict and the poaching of elephants in the region. For whatever reason, being out there plugs me directly into that creative vein that can otherwise seem so fleeting at times. It feels simultaneously electric and peaceful. When the sun sets out there, and I’m followed back to my tent by curious, inquisitive hyena yelps, and all at once I feel exposed to the natural world, charged, excited, and serene … then it’s time to write.”

The band will celebrate the release with a show tonight at The Sunset in Seattle, with a short regional tour to follow.

Without further ado, East of 8th is proudly presents the premiere of Alleyways And Animals, the new EP from Ravenna Woods:

11/10: Bellingham release show at The Shakedown with Scarves

12/2: Portland at the Bunk Bar with Animal Eyes

12/4: San Francisco at Neck of the Woods with Scarlina