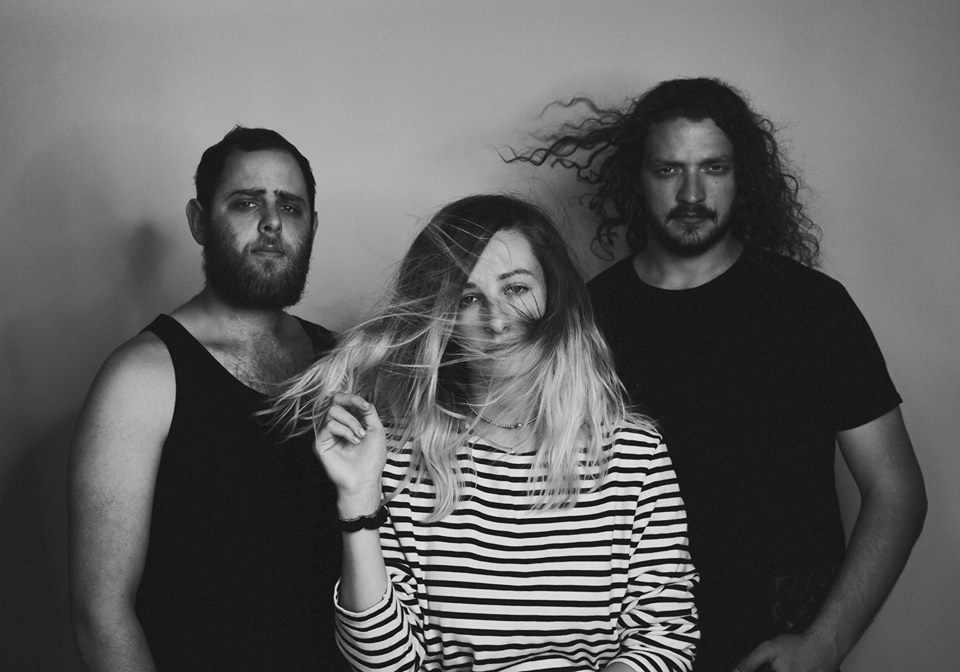 Leah Wellbaum, Kyle Bann, and Will Gorin, also known as rock trio Slothrust, have devised a unique way to pass the hours spent in the van while on tour. “Kyle made up a card game that’s easy to play in the car, and it includes the driver,” she explains. “He calls it ‘The Abraham Shuffle’; it involves memorizing sequences of cards and calling them out until the deck is all gone. He’s definitely better at it than we are.” Why ‘The Abraham Shuffle’? “Abraham is the name of our van. Kyle and Will named the van—the name felt rig just ht to them, and they’re definitely closer to that beast than I am,” she adds with a laugh.

Slothrust is going to be playing The Abraham Shuffle a lot in near future; currently on tour with Grammy-nominated hard rock outfit Highly Suspect which will bring them to Cannery ballroom in Nashville on Friday, October 14th, the band, who met while studying music at Sarah Lawrence College, is on a mission to spread the Slothrust sound to the world.

On October 28th, they will release their third album, Everyone Else, via Dangerbird Records, featuring ten tracks brimming with guitar layers and Wellbaum’s penetrating vocal delivery. “There’s no particular formula for our writing; we weren’t going for anything in particular, we just enjoy the playfulness of improv, that’s fundamental to the kind of music we love,” she explains. “We aren’t intentionally genre-specific. Sometimes we’ll jam on a riff for months, or I’ll sit on an idea for years before they even become songs.”

Everyone Else was inspired by bodies of water, the idea of fluidity, and dreams; the video for album banger “Horseshoe Crab” even features water. “I had to be in the ocean for a long time and I got sun poisoning,” Wellbaum says with a chuckle. “But it turned out exactly the way we wanted it to.”

“We recorded the album in New York a while ago, and some of the songs have existed for a long time,” she continues. “We’re really excited to show those to the world.”