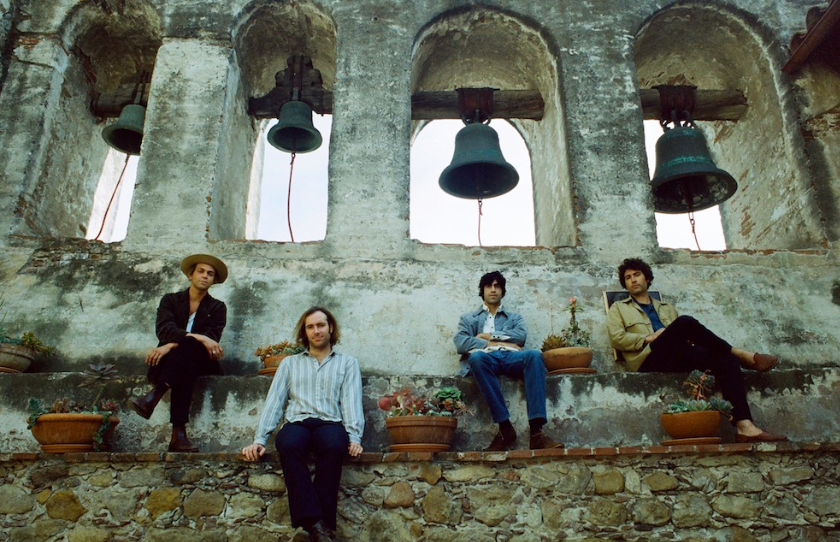 “It was a really cool place—it was built in the 50s, and it was shut down for about 30 years,” recalls band vocalist and guitarist Miles Michaud. “The family that owned it was using it for storage, and when they opened it up, found all this vintage recording equipment. We went by and checked it out; the equipment definitely allowed us to to capture a different kind of sound for this one. That studio has a certain vibe and feel to it that fit with what we were doing at the time.”

The group was able to expand on their sound using different effects in the studio, and experimented with instruments like harpsichord, violin, and Mellotron. Now, the four-piece is on an extensive tour, which brings them to the Music City to perform at Exit/In on Sunday, September 11th. “We love traveling, exploring, and experiencing the vibes in different cities,” adds Michaud.

In addition to their adventures in each city, Allah-Las has devised a specific routine to keep their sanity while passing the time in the tour van. “We play a lot of dominoes and watch a lot of Bob Ross. We have a rider in our contract that backstage at every show there has to be a picture of Bob Ross,” Michaud convincingly says with a laugh. What’s the fascination with Bob Ross? “If you’re in a van for at least four hours a day and you’re trying to chill out, there’s nothing more soothing than watching Bob Ross,” he explains. “Watching him paint the same shit that he paints every day is like zen, like meditation.”