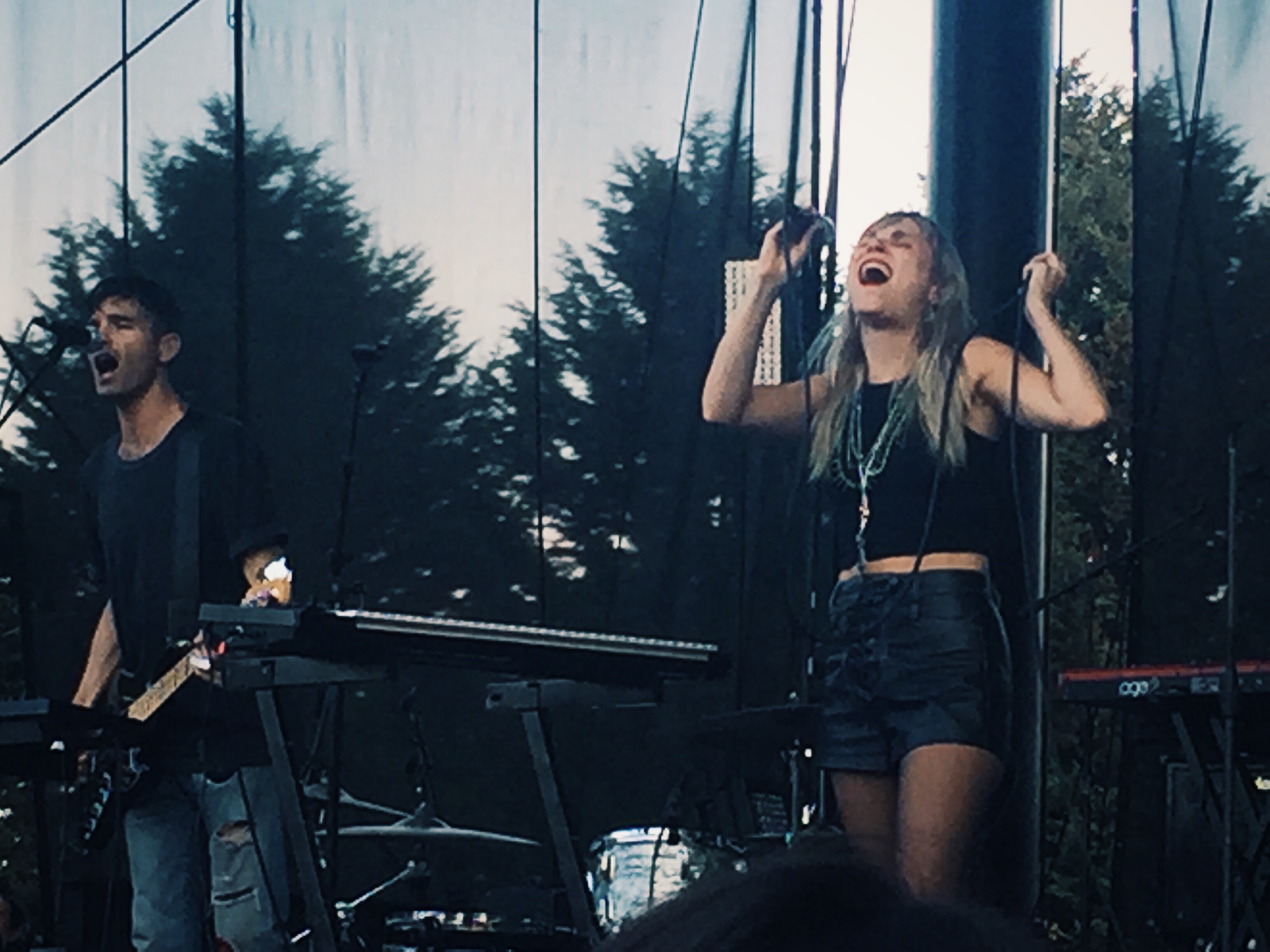 If I thought I was escaping the dog days of summer in the South by taking East of 8th on the road to Seattle, I was sadly mistaken—I clearly brought the heat with me, as the Pacific Northwest was in the in the midst of an intense heat wave last week. Even so, the typically mild summer temps of the region were destined to spike as soon as synth-pop outfit PHASES took the stage at Marymoor Park Amphitheater in support of Fitz & The Tantrums.

In front of the stage, complete with a backdrop of beautiful evergreen trees, gathered a sizable audience; lead vocalist Z Berg stood on a small platform located squarely between Michael Runion and Alex Greenwald, both strapped into guitars and positioned behind synthesizers, like pillars on the Marymoor stage. PHASES played their hit single, “I’m In Love With My Life”, as the crowd pressed toward the stage. Z Berg, whose ethereal voice invokes the spirits of disco queens and pop divas of the recent past, twirled Stevie Nicks-style across the stage, while dance-heavy bass reverberated deeply in my chest.

As the all-too-short set came to a close, the band closed their performance with the synth-tastic “Cooler”; as Z Berg sang “I guess I thought you were cooler/I really thought you were cooler”, she cranked up the heat as she came down from the stage, performed directly to the fans at the barricade, and danced in the pit—a shimmering start to the night. 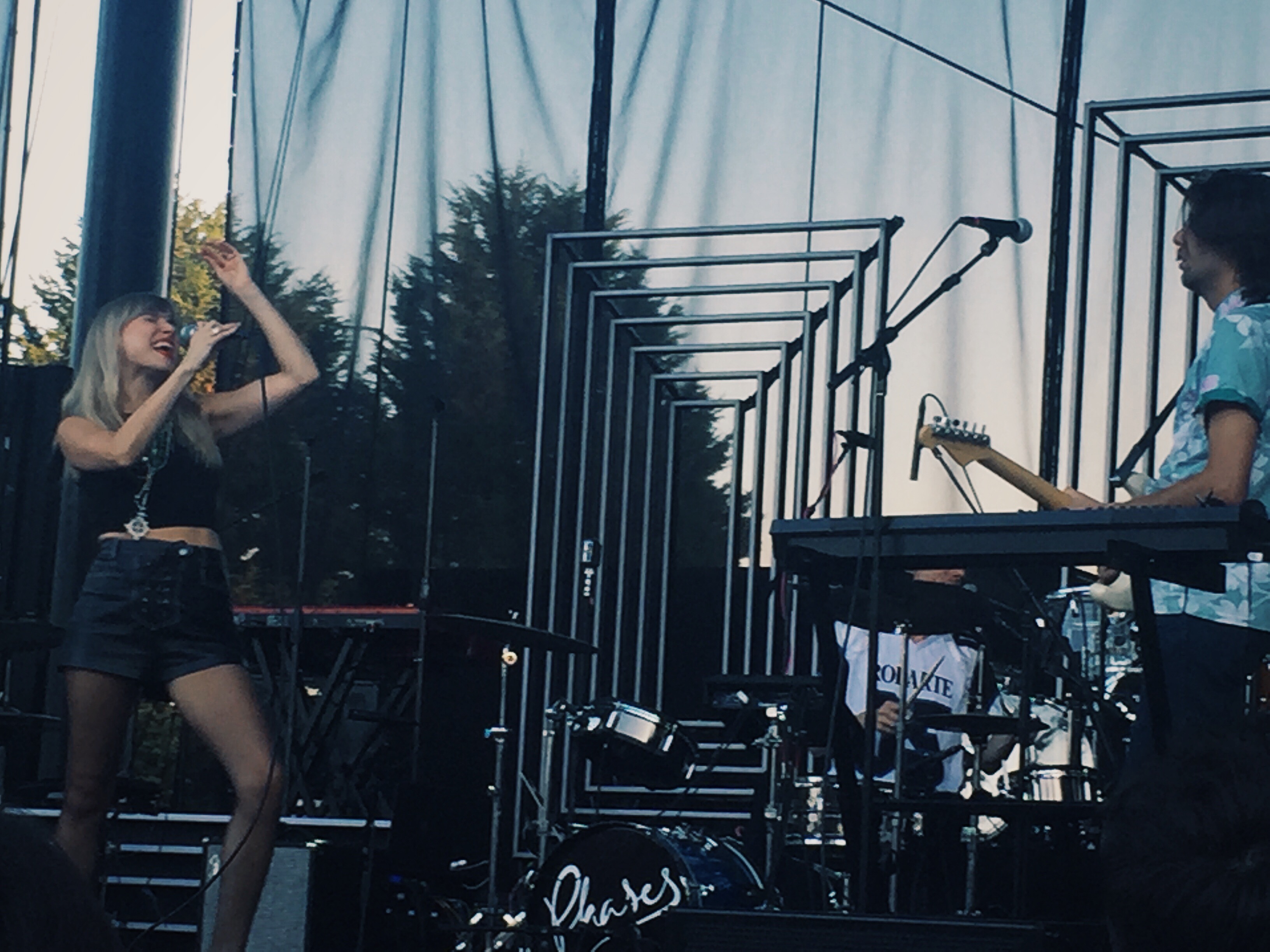 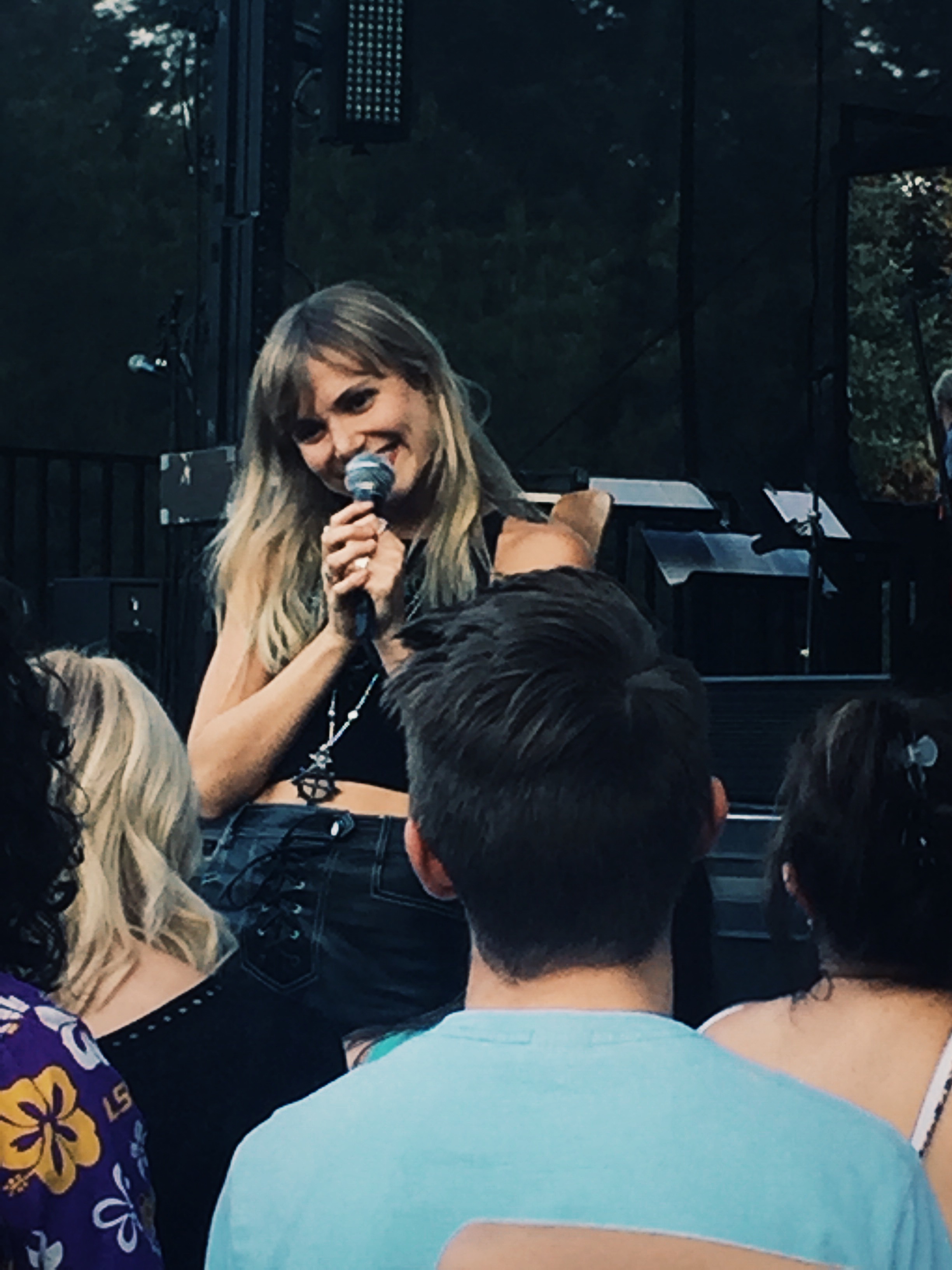 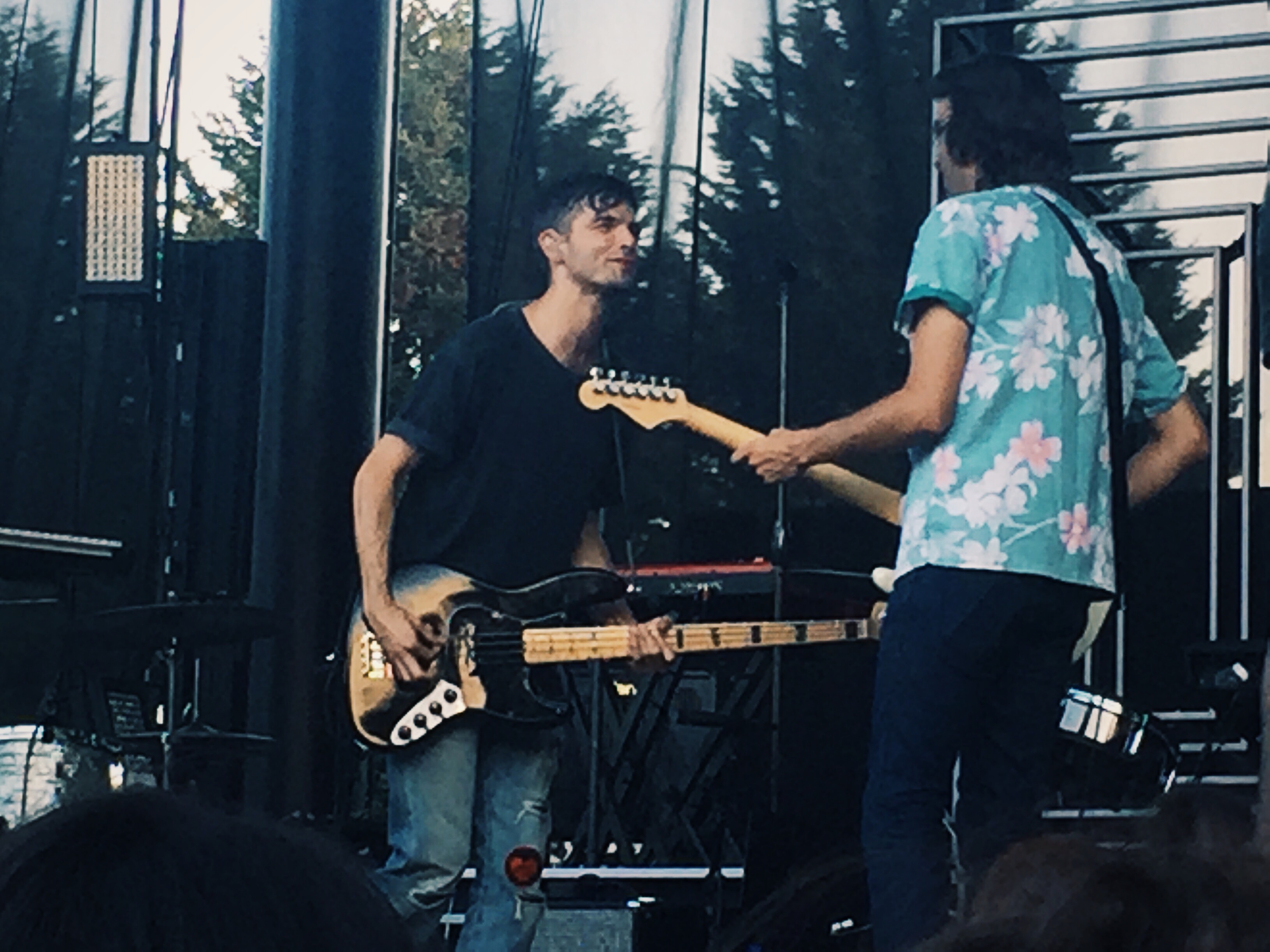 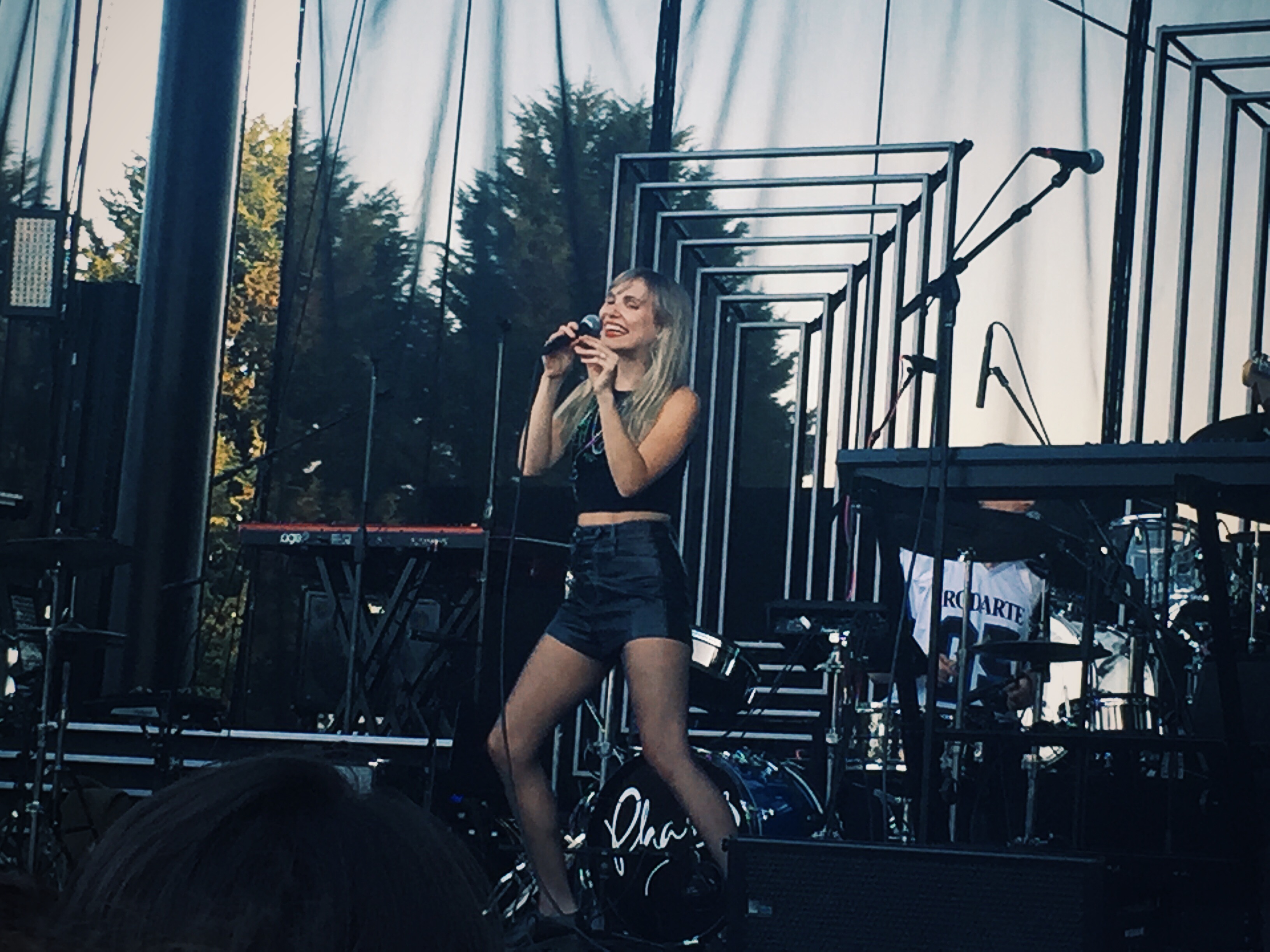 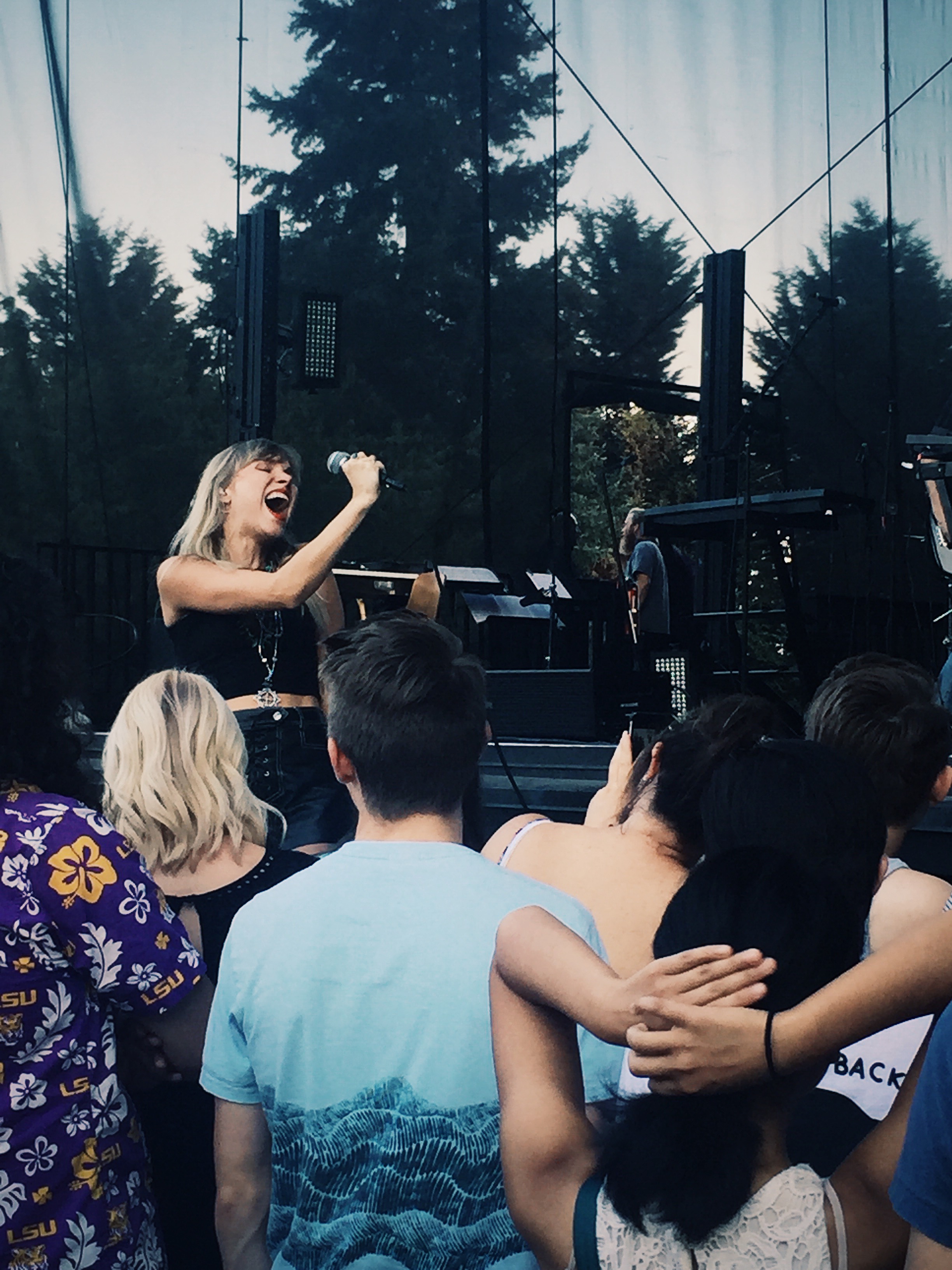