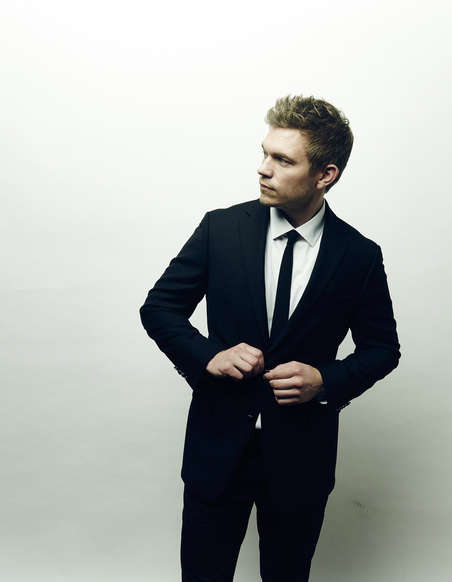 “Yeah, I guess it’s kind of creepy,” laughs soulful songcrafter Matt Brown about naming his baby blue Fender Telecaster. “I have lots of guitars, but ‘Stella’ and I have a special bond. I think every player has that ‘one’ guitar. She’s irreplaceable.”

The Washington native with an old soul got Stella at the turning point in his life when he decided that music was going to be his life’s pursuit, which Brown admits came later in life. “My dad bought me a guitar before I moved to Seattle for school, and I became obsessed—I’d play before class, after class, eight hours a day type thing. I started playing little gigs around campus, met Ryan, my best friend, and we started writing together. We ended up entering a Battle of the Bands competition, it sounds so cheesy, but we won,” he explains. “I kind of got a late start, but music was my family’s thing. We’d go on drives just to listen to records.”

Raised in a household where songs of the 1950s and 1960s were on constant rotation, Brown still has a soft spot for the oldies. “I’ve always liked rhythm, and the music from that era has a soulful rhythm to it that really speaks to me,” he says. Those vintage influences are present on his first full length album, Walk Into The Light, out July 22nd via Rock Ridge Music, in which Brown fuses old vibes with music that is new, fresh, and wonderfully fun.

Walk Into The Light explores topics from relationships, to being a grown-up, and his love of travel, which inspired album track “Feel Like That”. “When you get on an airplane, there’s this exhilaration and sense of adventure, and I like to feel like that,” he says.

Brown recorded the album in Nashville, his adopted hometown. “I’d always done my stuff myself, but this time, I partnered with Rock Ridge Music, and it was the first time I had input from others on an album,” he recalls. “It was scary at first, but it was a great thing. My producer was great to work with too; he has a vision for each artist coming into the studio about which session players he wants to use, and they were all fantastic. It was big production, and we got a great product.”

You can celebrate the album’s release with Brown and Stella at shows in Nashville and in Portland in the near future. Keep an eye on his socials for all the details!

Purchase Walk Into The Light: https://itunes.apple.com/us/album/walk-into-the-light/id1123210064