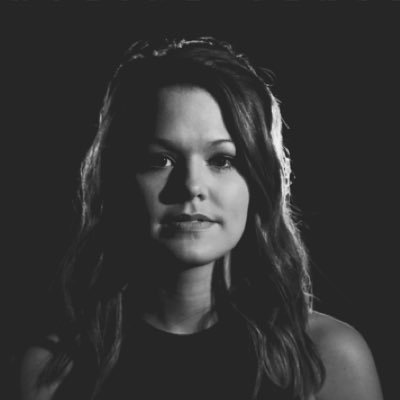 Nashville-by-way-of-St. Louis singer-songwriter and Season 4 constant on The Voice, Caroline Glaser,  will release her self-titled debut album on Friday, June 24th. “I’ve always  loved music but never pursued it fully until after my experience on The Voice,” she says. After the show wrapped, Glaser hit the road to tour, and two years ago, decided to call the Music City her new hometown.

With the pluck of a seasoned veteran, one would never guess Glaser had never even performed in public before her televised trial by fire. “I was really nervous, it was a huge leap for me,” she admits. “I had a great experience though, and I wouldn’t be doing what I’m doing now if It wasn’t for the show. I’m so grateful for it.”

Glaser co-produced her album with a friend who had spent a year touring with her playing guitar and singing backup vocals. “He got a good sense of the direction I wanted to go in musically. We did the whole record in his basement last winter,” she says. “I’ve never been prouder of a project, it’s really where I wanted to go.”

The album showcases the serious writing chops of the angelic-voiced songstress, and includes “Rosalee”, an older song she co-wrote with heavy-hitter and Pistol Annies member Angaleena Presley. “I wrote it a long time ago, on one of my first trips to Nashville. I just remember how scared I was going into that co-write, because she’s a pretty big deal, and I’d never written with anyone like that before. I had this idea for a song about an older lady named Rosalee, about the idea of eternal love and growing old with someone who’s not necessarily all there,” says Glaser.

“I want people to listen, and I’d love to be able to tour in something other than my Honda Pilot,” she adds with a laugh. “I’m already anxious to get back in the studio and my record hasn’t even been released yet. I want to keep doing what I’m doing.”

You can see Glaser do what she does best at The Basement East in Nashville on June 30th. For tickets: http://www.ticketweb.com/t3/sale/SaleEventDetail?dispatch=loadSelectionData&eventId=6743355&pl=basementeast&REFID=wordpress