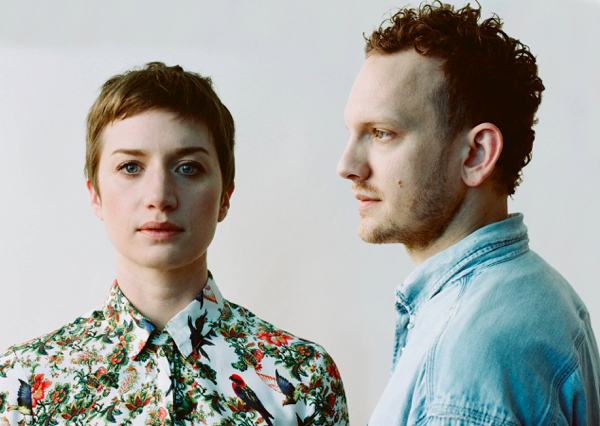 The roots of Pure Bathing Culture stretch back to 1999, when Sarah Versprille and Daniel Hindman befriended one another on the first day of freshman orientation at William Patterson University in Wayne, New Jersey. A decade later, they became bandmates when they both joined Vetiver for their Sub-Pop albums Tight Knit and The Errant Charm. It was while playing in Vetiver that Pure Bathing Culture emerged as its own entity.

For their second album, 2015’s Pray for Rain, the band “cut the cord” from their previous releases, and took a big leap forward. You can hear it from the opening notes of their anthemic title track: in Hindman’s clean yet serpentine guitar lines interacting with the live rhythm section and Versprille’s lucid vocals cutting through it all as she asks: “Is it pleasure? Is it pain? Did you pray for rain?” Pray for Rain is the sound of the group confidently taking a step up to the next level and finding their footing as a true band.

As a result, everything on Pray for Rain is pretty much as Pure Bathing Culture actually sounds, all analog gear, with virtually no plug-ins or effects added afterwards, no hiding behind multiple layers.  Embracing themes of the process of change and of transition, the album is the sound of Pure Bathing Culture transforming from who they were to who they will be, of finding their way, ready to take steps both small and momentous on their musical path.

Pure Bathing Culture has been sharing stages with the likes of Death Cab For Cutie and CHVRCHES, so don’t miss the chance to catch them on the small stage while you still can! East of 8th is giving away two FREE tickets to see them perform on June 6th at The East Room, enter to win below before Friday, June 3rd at 12pm CT: