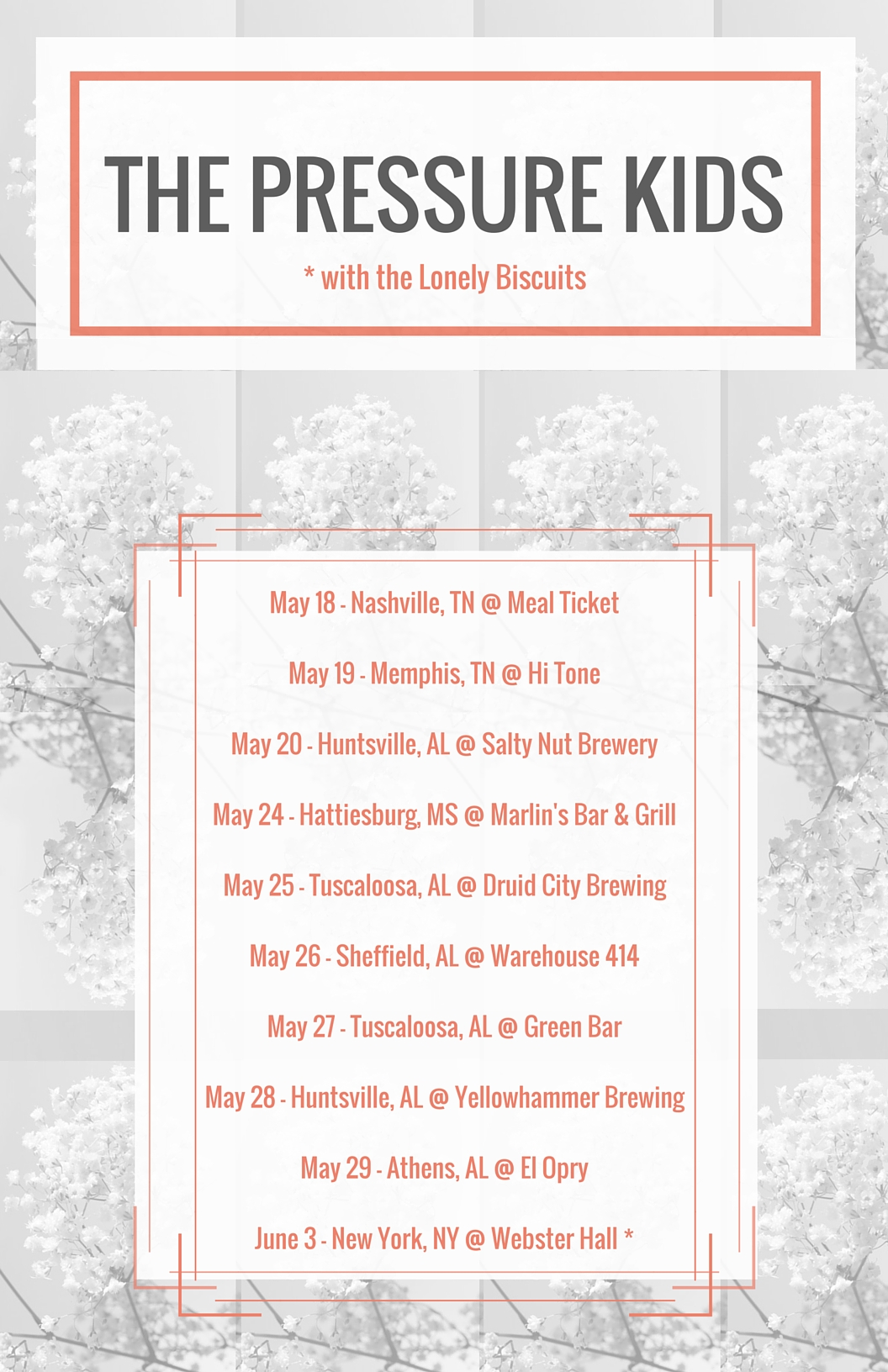 Nashville indie rockers The Pressure Kids are hitting the road, kicking off their tour with a hometown throw-down tonight at Meal Ticket, and finishing their run opening for fellow blog favorites The Lonely Biscuits at Webster Hall in New York City.

The band released an EP, Tiger, several months ago, and have continued to work on new music.  “We couldn’t be more excited to take tunes new and old for a spin through the deep south and beyond starting this week,” says frontman Nick Johnston.  “When we were recording Tiger in Brooklyn last summer, we never thought we’d be playing Webster Hall a year later.  If we happen to be screaming in your neighborhood, come forget the world with us for an evening.”