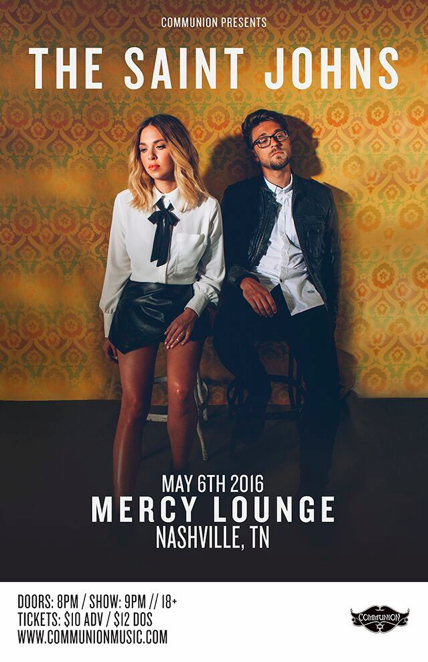 Jordan Meredith and Louis Johnson of The Saint Johns have the ingredient every special duo needs: chemistry. Theirs is the kind of relationship where neither finishes a sentence because the other already gets it in just a few words. It’s the kind of relationship that starts at a friend’s Taco Tuesday party in St. Augustine, Florida, in 2008..and it’s a relationship everyone assumes is romantic–but this meet-cute has an unusual ending-– it doesn’t end in marriage, but a beautiful partnership nevertheless that has yielded The Saint Johns’ debut album Dead of Night via Kemosabe Records.

One lucky reader has the amazing chance to win TWO FREE TICKETS to see the band as they delight their adopted hometown crowd at a show at Mercy Lounge on May 6th, a special celebration of their album’s release presented by Communion Music.

The giveaway will end on Monday, May 2nd at 5:00 p.m. central, so don’t mess around! Enter your info here to win: