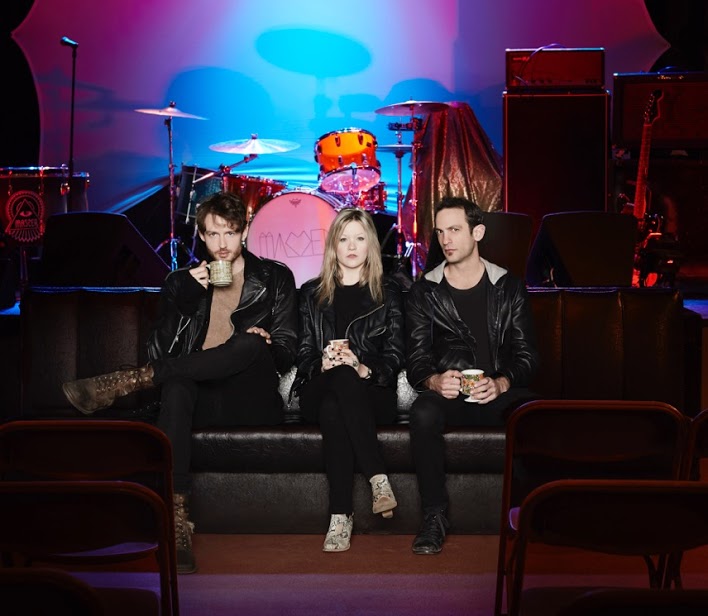 Being a child of the 90s, I came of age wearing combat boots and flannel while wielding a 5-disc CD changer brimming with Pearl Jam, Smashing Pumpkins, and Dinosaur, Jr.; there was a special place in my musical heart reserved for those dark and emotive female-fronted grunge bands like Garbage and Veruca Salt, and the lighter sounds of bands like The Sundays…so when I heard some nostalgically stirring sounds traveling through my earbuds recently, I perked up right away.

Meet Seattle-Based trio Maszer, a band who couldn’t have settled in a more sonically appropriate location.  Comprised of guitarist Tomer-David Rapaport, drummer Joseph Braley, and vocalist Katie Blackstock, Maszer, which means “tithing” in Hebrew, puts their money, well, where their name is.  “We decided to donate 10% of what we make to the creative community around us, to help other bands and artists,” explains co-founder Rapaport, a product of the vibrant music scene of Tel Aviv who came to the States to follow his passion.

Released on March 18th, DREAMSZ, the band’s new five-track EP, is total ear candy; the the CDs have actual grooves where the final track can be played like a vinyl record, and 10% of the profits from the record’s sales will go to MusiCares, an organization dedicated to helping independent musicians.  The album explores themes of spirituality, and was produced by Rapaport himself; each track has layers of shimmering guitars juxtaposed with Blackstock’s haunting voice.  Several of the EP’s songs have a middle eastern flair, a nod to Rapaport’s roots, but all of of them are grungetastic rock-celebrating musical morsels.  “The 90s were awesome. It was the beginning of the alternative rock movement, before music had lost its innocence.  You could still go to the music store and thumb through the records or the CDs, and albums were appreciated song by song.  It was the real deal,” recalls Rapaport.

Maszer is definitely the real deal.  This band needs to be on your radar, y’all.