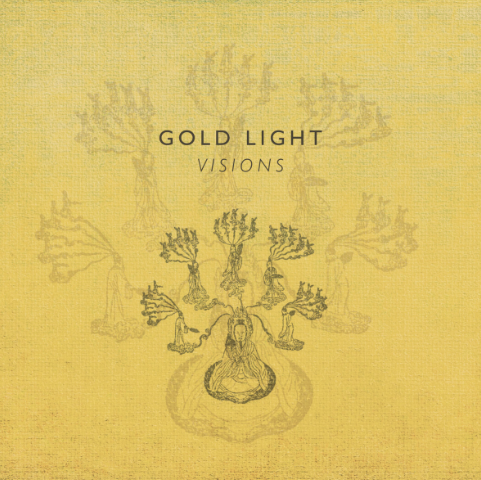 Inspired by the idea of making sense of one’s existence, Visions treads in a multi-tonal territory with fuzzy borders; evoking Cure-like sonic imagery without venturing too deeply into the synth-y haze of pop music, Chang has created a catalog of songs that sound as exploratory at their subjects.  With vocal stylings reminiscent of Robert Smith and even J Mascis, the album would find a nice home in the 1980s world of alt-rock (which was before the genre was referred to as alt-rock, but you get my drift).  Even though the subject matter of the album’s tracks may be heavy at times, listening to the music is like going on a wide-open cross-country road trip where there’s nothing ahead but opportunity.

With this record, Chang departed from the more vintage-inspired sound of the debut that drew comparisons to the likes of Roy Orbison, writing and recording the songs that would later become Visions with a bandmate in a Charleston, South Carolina apartment. While Gold Light used to be Chang himself, he also has partnered with friends to form a band to round out Gold Light’s sound.

Gold Light released the video for the track “Arm’s Length”, my favorite from  Visions, which perfectly complements the open-road aesthetic of the song.  Check it out here: