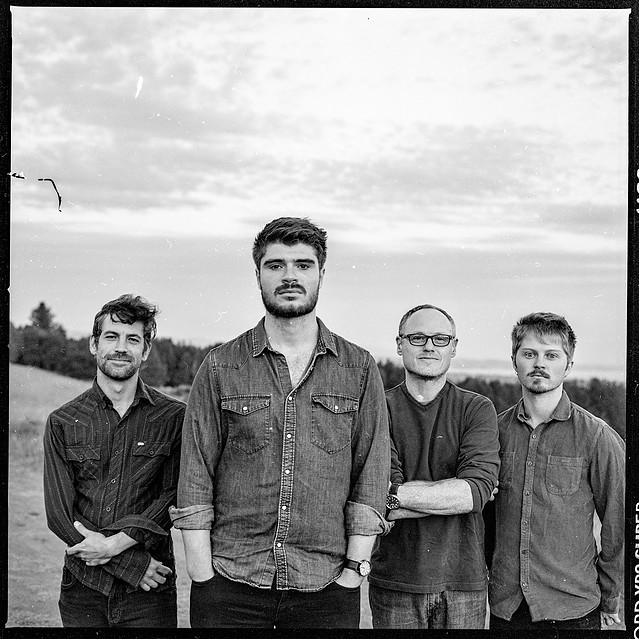 “When I was about 15, my parents randomly gave me a guitar for Christmas.  I’d asked for one a few years before, and I’d forgotten about it, I was one of those kids whose parents would always try to get me to try new things, but I never really got into anything,” says Marty O’Reilly, founder and frontman of Marty O’Reilly & The Old Soul Orchestra. “I immediately identified with playing guitar, and I got hooked on learning and playing.”  The young O’Reilly, from a long ancestral line of writers, started out writing poems, but admits they felt more like lyrics.  “I didn’t know how to play music though.  When I learned, it naturally progressed into writing songs.”

O’Reilly recalls that his first efforts were “corny” love songs, “Because you know, at 15, you’ve figured everything out about love and how it all works,” he says with a laugh.  Eventually, he ventured into experimenting with his subject matter.  “I’d write a love song or a political song, even though I never really gave a shit about politics,” he explains.  “I just realized I could write about things I was feeling; once you get to the place where you learn to pay attention to your thoughts and your feelings, then songwriting can feel really natural.”

As kids are prone to do (or not), O’Reilly immersed himself in listening to and playing the delta blues.  “It’s mysterious to me; my first private teacher was teaching it to me, and I thought that it was an interesting and effective choice because, in a lot of ways, it’s accessible in terms of music theory because it’s not terribly complicated, you can express yourself very deeply,” he explains. “I really identified with it.  I noticed that people connect more with the music when you don’t hold back, and you let yourself be vulnerable.  Now I try to find a balance between being emotionally transparent but also keeping things exciting. That’s what draws me to the blues, because it’s the embodiment of human emotion, what it sounds like to feel a certain thing, and that’s something that’s innately human.”

After studying music in college in his native California, O’Reilly accumulated band members for the Old Soul Orchestra; the troupe has been touring most recently with Mexo-Americana outfit David Wax Museum, recently released a new EP called Preach ‘Em Now, and is working on another album before hitting the road again in February.  O’Reilly and company put on an excellent live show; at a performance last fall in Nashville, you could have heard a pin drop in the usually noisy venue, as jaws dropped all over the room at the arresting blend of O’Reilly’s unique and heart-wrenchingly emotive voice with the powerful punch of fiddle, upright bass, and rootsy slide guitar.

“We’re not a bluegrass band, not a folk band, not a blues band, not a swing band.  With a lot of emerging artists, defining music by genre becomes increasingly ineffective.  It’s easier to communicate what music sounds like by listing influences, and even that gets hard,” he explains. “It’s probably just easiest if people come to a show, then they can figure it out.”