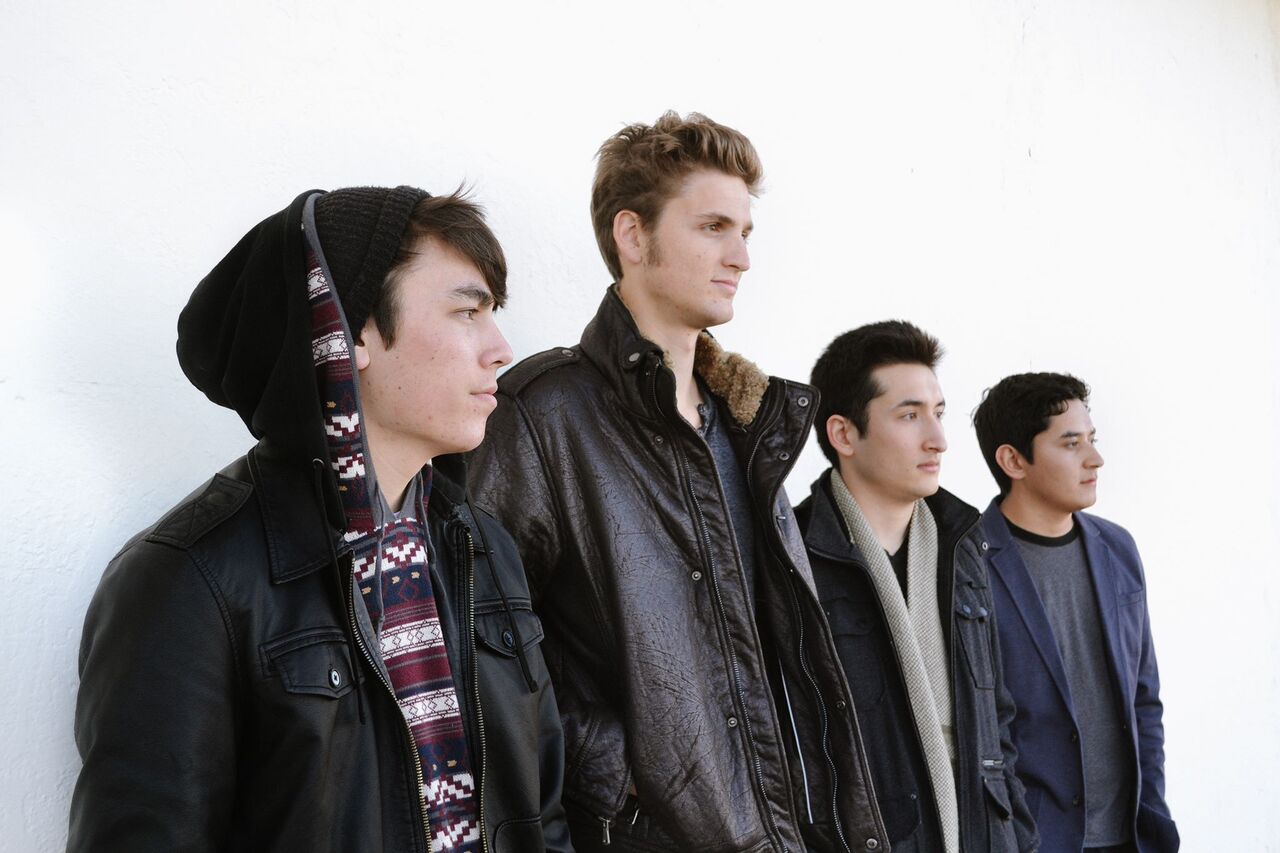 Albuquerque alt-rock unit Great States is gearing up for the release of their debut album, Gatsby, on January 29th.  Comprised of members Morgan Ching, Eric Jecklin, Sean Leston, and Ryan Rael, the band employs modern instrumentals, beautiful vocal harmonies, and thought-provoking lyrics to create a truly unique sound that mirrors the character of their surroundings, the Great Southwest, which can clearly be gleaned from their single, “Arcadia”.  Frontman Morgan Ching also answered some questions for us about the one-of-a-kind Albuquerque music scene (or Albu-quirky….see what I did there), getting crafty, growth, and gaining perspective.  Enjoy!

East of 8th:  Can you tell us about your band? How did you come together to form Great States?

Great States:  Great States got together about 4 years ago while we were all going to college here in Albuquerque.  Eric (bassist) and I had already known each other for years – we met back in high school and have been doing music together ever since.  We met Sean (keyboards) and Ryan (drummer) through the university – Sean was my randomly assigned dorm mate, while Eric met Ryan met through their music program.  Eric and I already had a bunch of material written, so we invited the other guys to sit in with us.  After realizing how well everyone worked together, we pretty much all agreed that we wanted to make something happen for real.  The rest is history!

Eo8:  Do you have a supportive music community in Albuquerque? What is the scene like right now?

GS:  The music community here in Albuquerque is very unique – there is this unabashed rawness to the music that gets created here that we really enjoy.  We think it partially stems from how isolated we are from the rest of the country.  Six hours to Denver.  Seven hours to Phoenix.  Eight hours to Oklahoma City.  The lack of outside influence has definitely created a community that is one-of-a-kind.  That and the green chile…

Eo8:  Your debut album, “Gatsby” comes out on January 29th. What made you decide to put out an album inspired by The Great Gatsby?

GS:  The Great Gatsby was one of those transformative books where my relationship with the content and meaning within the story changed with every read.  I think a lot of that had to do with me growing up and gaining perspective.  The last time I read Gatsby was right around the time I started writing songs for Great States.  The book was a great tool for reflecting on my own experiences with love, loss, friendship, superficiality, etc., so the decision to have an album inspired by the book wasn’t really a conscious one – it kind of just happened.

Eo8:  Your single, “Arcadia”, is lovely. What is the inspiration behind that song, and why did you choose it as the single?

Eo8: Are there any fun stories from the recording process? What was the best thing? The worst thing?

GS:  Gatsby was recorded completely DIY over a span of about 11 months – not a single track was recorded in a legitimate studio, so we definitely had to get a little crafty.  Most of the live instruments (drums, guitars, and pianos) were tracked in B117 and B120 – the two university band rooms located in the basement of the UNM Center for the Arts.  There were a lot of late nights of waiting for students to leave, loading the equipment in, tracking until sunrise, loading the equipment out, and then doing it all over again the next day.  Vocals were all recorded in a makeshift iso-booth in one of my bedroom closets.  Pretty sure there were a couple guitar overdub sessions in Ryan’s home movie theater.

Overall, the DIY aspect was both the best and worst thing about the recording process. There were a lot of mistakes, frustrations, and moments of self-doubt, but what we ended up with was something very raw, honest, and 100% our own.

Eo8:  How will you celebrate the album’s release?

GS:  We’re having a release party here in Albuquerque on Saturday, February 13th at The Launchpad.  Our local friends Kevin Herig and Lilah Rose will be supporting us that night as well.  It’s definitely going to be a fun one!

Eo8:  What is something people would be surprised to learn about you and your band?

GS:  We’re all college graduates – kind of like Radiohead without the 30 million album sales.

Eo8:  What’s next for Great States?

After the release, the next step is getting out on the road.  We’re currently working to fill up our 2016 schedule with one-off shows, festival performances, and tours around the country.  For us it’s about staying busy, creating new content, etc., so we’re hoping for an eventful year!