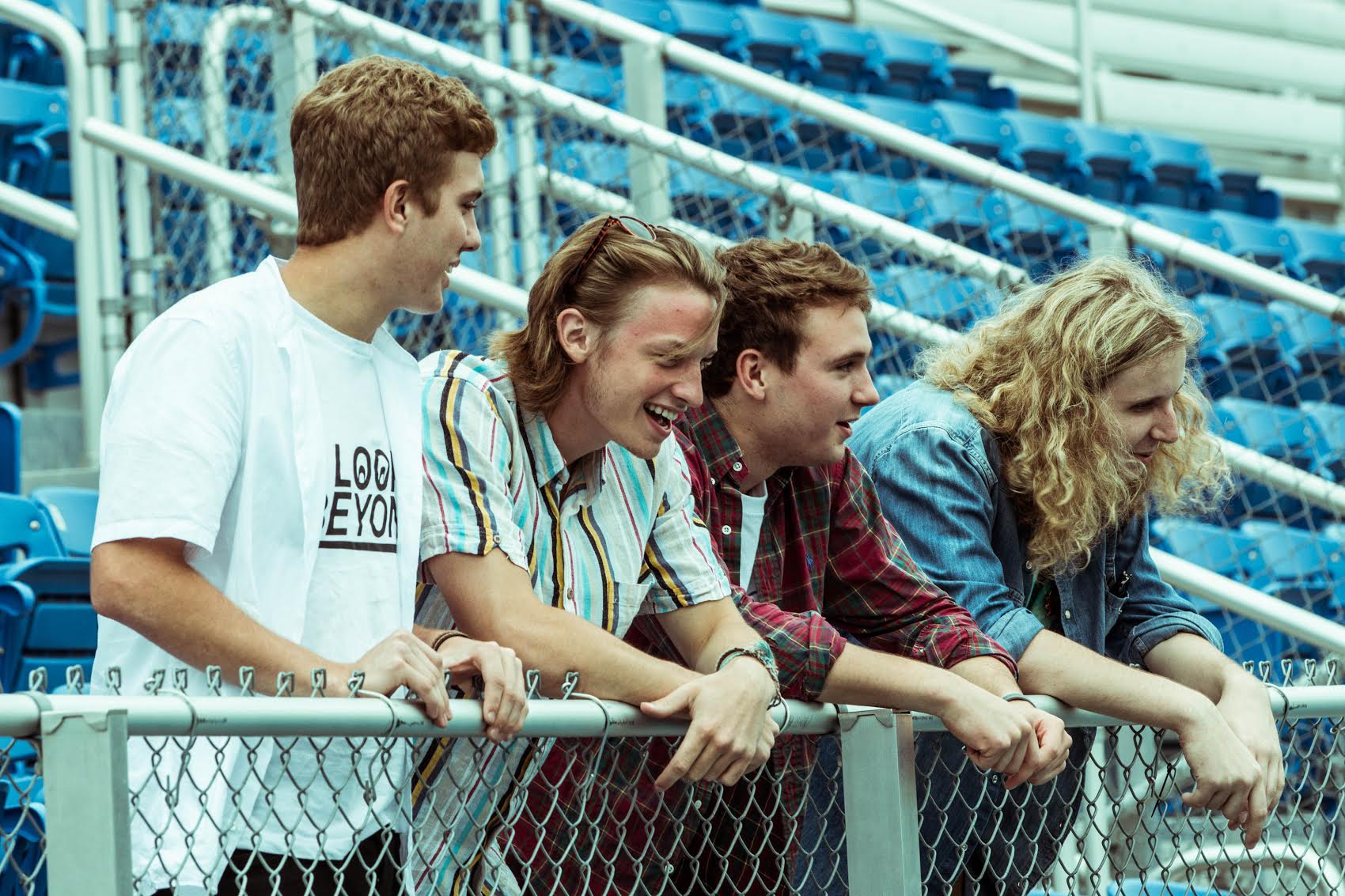 Patrick McQuaid and Hank Wiedel met in high school detention while attending an all-male Jesuit school in Missouri.  Wiedel’s shirt was untucked and McQuaid was late to class–the horror!  The pair bonded over their delinquency, and decided to start a band.

Captiva, comprised of Wiedel (drums), McQuaid (vocals/guitar), JJ Ries (vocals/guitar/auxiliary percussion) and Nick Riffle (bass) played their first show on a school night at a club in downtown Kansas City; all of their friends came for support, packed out the whole place, and got in lots of trouble for staying out past their curfews.  It was awesome.

They began playing bigger shows, sharing the stage with bands like Twenty-One Pilots, eventually landing on the festival circuit, which they believe really suits their style; this band finds comfort in jam-oriented, open-minded listeners who aren’t at the show for an average experience.

This week, Captiva  released their four-song, self-titled, debut EP; they write about their life experiences, from relationships to acid trips, and every song is a testament to who they are.  The band recorded the album as they performed the music together in the same space.  “There’s a certain thing that happens when we get together to make music in the same room.  You can feel it.  It invigorates me and everyone else in the room.  That feeling and energy comes through in the music.” says Wiedel.

So let’s talk about that above-mentioned acid trip…”That’s what ‘Sometimes’ is about,” says Wiedel with a chuckle.  “It has a double meaning, but yes, it is about an acid trip. It starts out pretty nice, like the beginning of the journey, amps up in the bridge, and gets really dance-y, then it comes back down.  It takes you though the process of life in general; when life happens, you process it, it’s up and down.”

The band has plans to hold release parties at several universities, and will be appearing on television in Des Moines on December 22nd.  They’re doing their first headlining tour this summer, so be sure to keep an eye on Catpiva’s social media for more details!