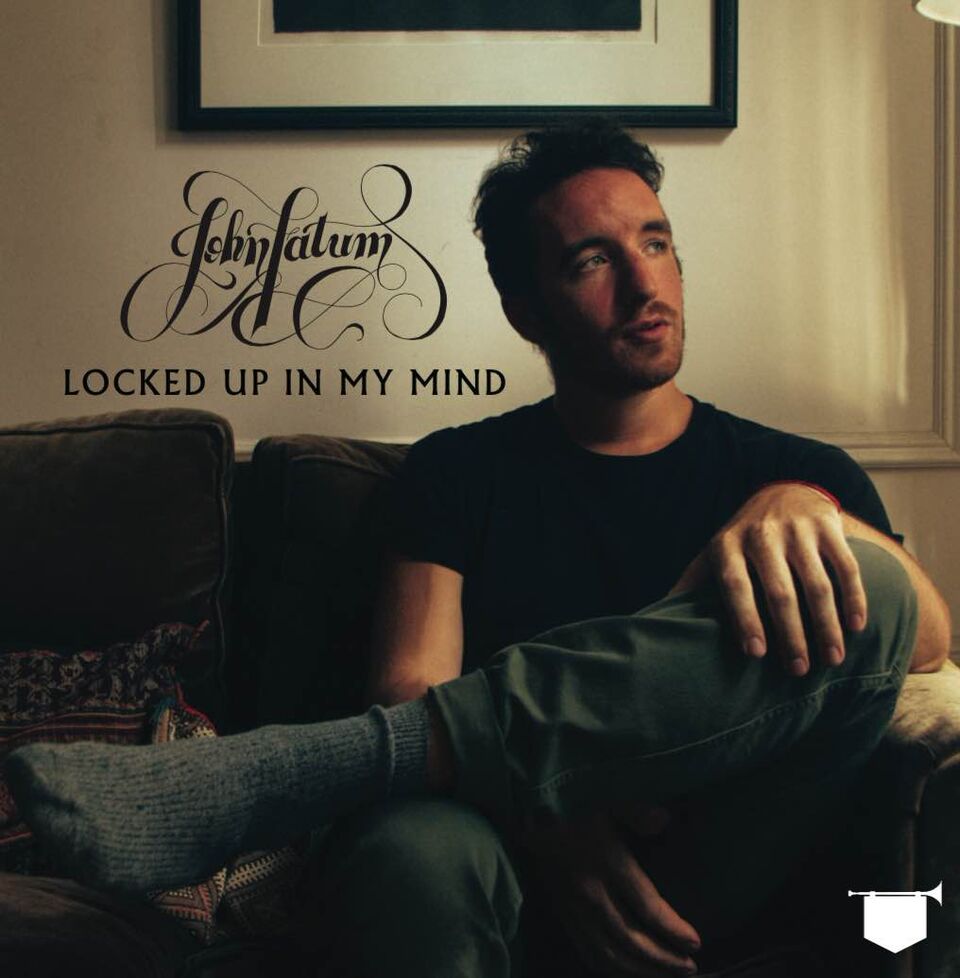 Sometimes I hear an album that feels so genuine and unique, it refreshes my musical palate, bringing new flavors I didn’t even know I liked.  My musical experience had been missing something for a while, but I didn’t know what–until my first listen to John Fatum’s debut LP, Locked Up in My Mind, due for release December 11th via Dala Records.  This album is as diverse as it is fun, while bringing a unique honesty that is hard to find.  A smile crosses my face as I listen to each song; you can hear Fatum’s joy and pleasure behind the delivery of each line.  I don’t think I have ever heard that so clearly on any record in my life.

The Chicago-born Brooklyn-based artist grew up listening to gospel music played in his family’s home, and found his passion for music at an early age after his parents enrolled him in drum lessons. After studying music in college, he moved to New York City, found a community of friends and musicians, and began the journey that led to Locked up in My Mind.  “The songs on the record started when I moved to New York City. I had been trying to move to the city for two years and I was hell-bent on it,” he says.

Locked up in My Mind seems like the inklings of a veteran writer and performer rather than a debut; the songwriting, instrumentation, and vocals are those of a road-worn folk singer who has been rejuvenated by a much-needed trip home. The album was recorded on 4 track analog tape in a New York apartment; this vintage recording technique really brings out the old-fashioned folk sound that permeates throughout the album. The minimalistic approach in production leaves no space for covering up any slack, and Fatum’s Dylan-esque delivery brings each song to life.

The album’s first song, “Pounding of the Rain”, begins with steady guitar and blues harmonica work. As Fatum starts to sing, the instruments settle into the background allowing the poetic verse to shine, its confessional-styled chorus and intricate piano lines evidencing the gospel influence of Fatum’s upbringing. The minimal instrumentation of the second track, “As the Moon Draws Water”, lets the story take center stage, with a beautiful crescendo to climactic electric guitar riffs as the song builds to the bridge, taking the listener through a range of emotions—it is definitely a stand-out on the album. The recording of title track and folk stomp anthem, “Locked Up in My Mind”, gives the listener insight into the magical vibe of the community that worked with Fatum on the album; it’s as if you are sitting in a living room listening to a group of friends play music, and a good snapshot of the album’s attitude as a whole. “Lafayette Street” is simple, yet probably my favorite on the album. I love the old school blues riffs and the lyrical honesty—a light-hearted masterpiece of soul. Fatum’s storytelling prowess shines as he tells tales of friendship and life; at the end Fatum sings a little clip of a cover (I don’t want to ruin the surprise, so go check it out for yourself), a great ending to a wonderful debut from Mr. Fatum.

Do yourself a favor and listen to this album, and when you’re through, listen to it again. Locked Up In My Mind is just the beginning of what is to come, and we’re privileged to sit back and enjoy his journey.  He’s  definitely an artist to watch.

[Written for East of 8th by James Farley, https://jamesfarleymusic.wordpress.com]