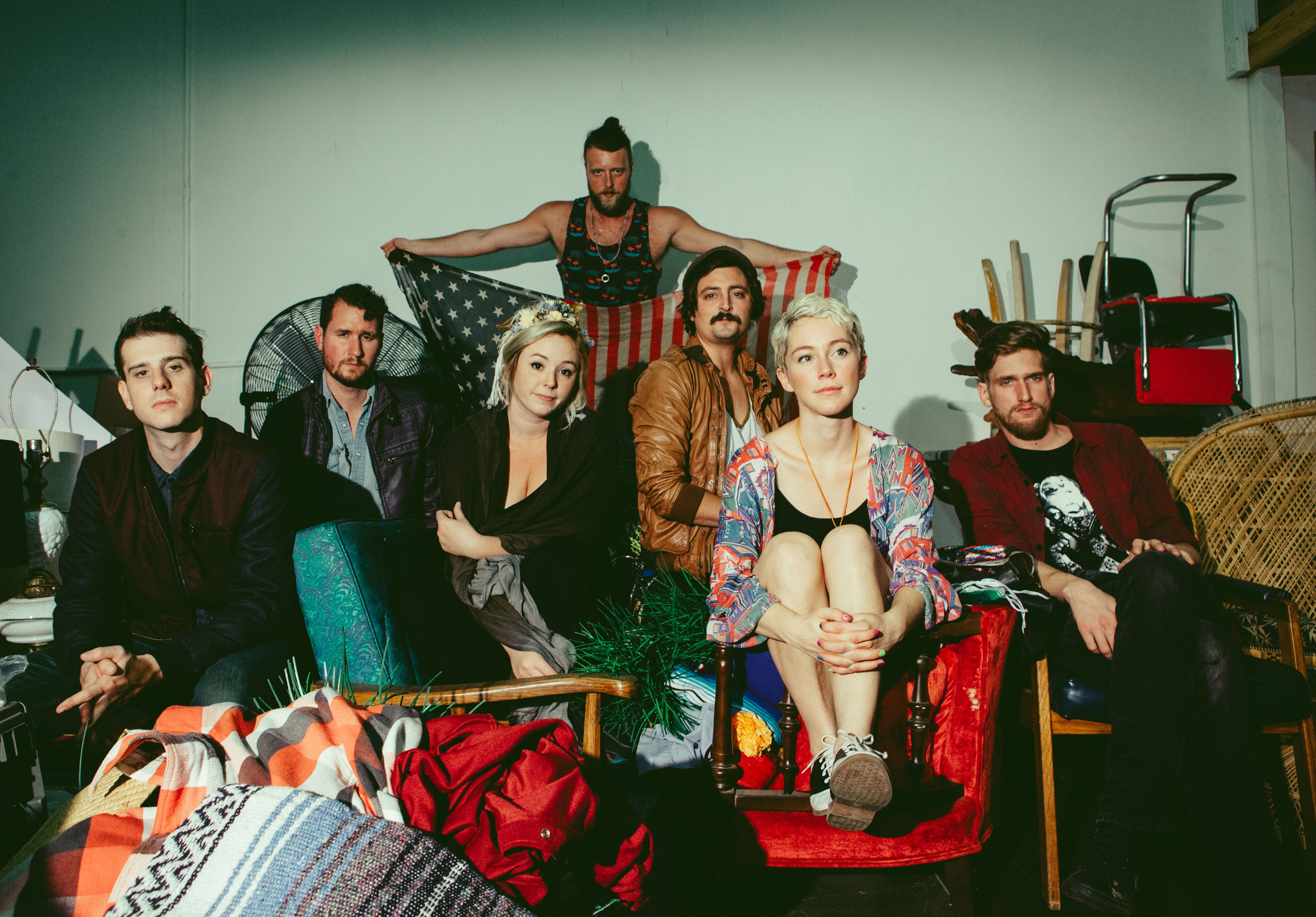 Austin-based indie folk ensemble Wild Child will be making a stop in the Music City this Thursday to perform at Cannery Ballroom with friend and fellow Austin artist Shakey Graves.  “When we’re not on tour, we’re inseparable.  Back home, he’s like my brother.  It’s really special to be able to continue to go on the road with him,” says golden-voiced frontwoman Kelsey Wilson. “We cut our teeth together in Austin – we had our first residency ever together six years ago.”

Wilson and co-founder/vocalist Alexander Beggins met several years ago when both were hired as tour musicians for the same band – a meeting which was nothing short of kismet.  “We’d never been on a tour before, we’d never written a song before; then we met, and just immediately started writing music.” By the end of that tour, they’d written all the songs for their tremendous debut album, 2011’s Pillow Talk.  “When we got back to Austin, we realized we were neighbors, and were like ‘let’s record these songs!’ The whole band consisted of friends who were around at the time.  Totally accidental, and we’ve been doing it ever since.”

Wilson and Beggins have a palpable musical chemistry that spontaneously combusts upon contact and produces gloriously shimmering gems of poetry set to music.  “He writes the riffs, always.  Every time I hear one, I just somehow know what goes with it, then we work out the lyrics together.  I can’t write a riff to save my life, and he has so much trouble with melodies,” explains Wilson.  “We can just do what the other one can’t. It feels so natural and it happens so quickly that we know we’re doing what we’re supposed to be doing.  We’ll just keep going until the well runs dry.”

Their third and latest album, Fools, released this year, shows the group stretching the boundaries of what they’ve done before. The title track, “Fools” has strayed the farthest from the band’s original sound; says Wilson,  “It was the first song we all write together as a band.  Usually, Alexander and I write the songs and bring them to the group to put their spin on it.  We were all at my  hometown in Wimberley, Texas, hanging out by the river, grilling and drinking beer, and at the end of the day we started jamming together. The song just happened, immediately, everything that everyone did just fit together so perfectly, the melody was just there.”  Another deliciously envelope-pushing selection from the record, “Break Bones”, didn’t even exist before the band went to the studio to record the album.  “We had another song that we weren’t really sure about, the lyrics weren’t finished, we didn’t know what to do with it, so we scratched it, which was bummer,” recalls Wilson.  “Alexander sat down the piano in the studio and just playing these chords, they were beautiful. I kicked everyone else out, hit record, and the two of us started jamming, it was so natural.  It had everything to do with exactly what was going on in my life.  Once we got it out, we all just sat and listened to it and cried.  It was the first time we ever wrote something live in the studio, and the fact that it’s all recorded that way makes it really special.”

Wilson attributes the sound changes to the band’s record-breaking marathons of time spent on the road playing live shows. “When we recorded Pillow Talk, we weren’t really a band yet, we’d been playing in other projects, it was our first try at writing our own music and we just kind of threw it together and made up what we were doing.  We didn’t actually become a band until after that record.  Since then we’ve been touring for five, almost six years, playing live just about every day since then.  It was hard in the beginning to play these quiet, sweet, ukulele songs in noisy bars for people who’d never heard of us.  It made us get louder and bigger; we want to have fun and make people dance, so we started writing with that in mind. Our live show has had the biggest effect on our music,” says Wilson, adding, “We try not to stray too far, we still want to make people feel something and be as honest and heartfelt as possible, we just get to dance a little bit more.”

Wild Child will be appearing at Cannery Ballroom on Thursday, November 19th with Shakey Graves; it’s sold out, but you should definitely make snagging some tickets a priority – doors for  the 18+ show are at 7:00 p.m., and the show starts at 8:00 p.m.