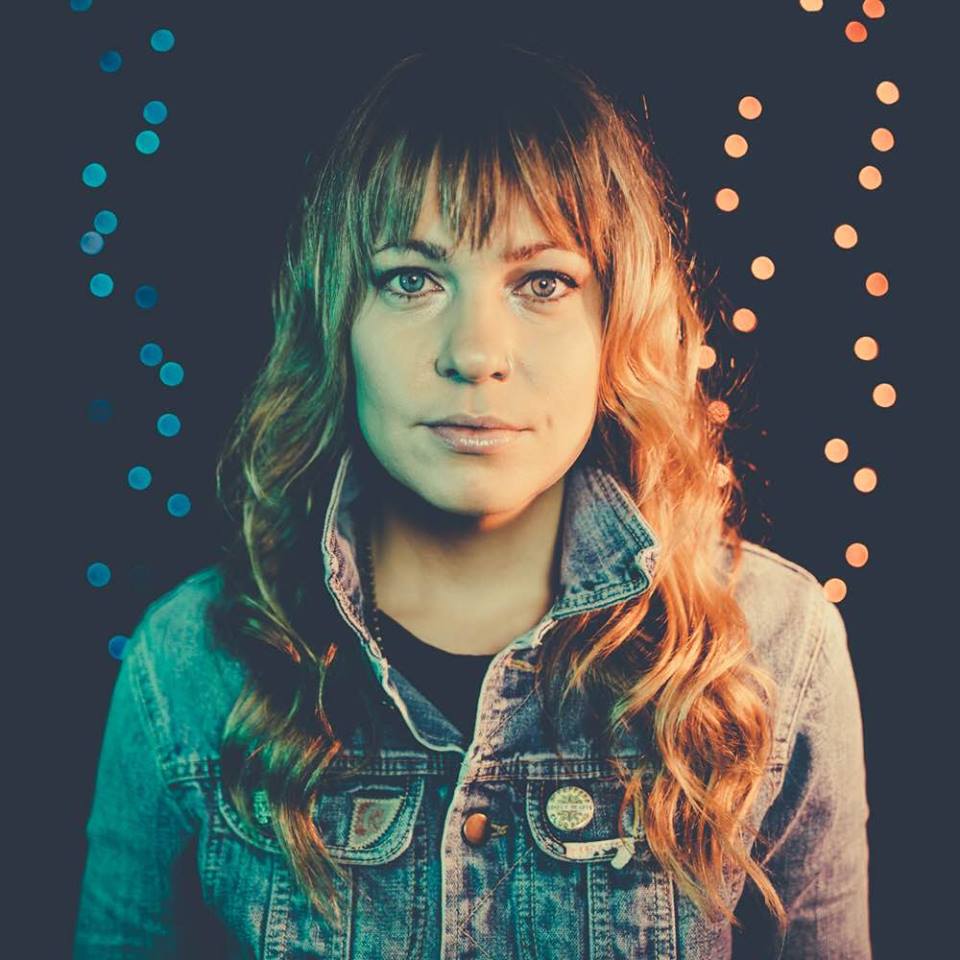 “It’s been almost seven years since I moved to the States, and all of my Canadian is almost gone,” says Nashville-by-way-of Winnipeg alt-rocker Brandy Zdan.  “I feel like there’s a certain reserved quality that a lot of Canadians have, they don’t ask for things, my observation.  I find that Americans ask for things, and I’ve taken on that quality, no fear.  ’No’ is the worst thing people will say, it’s not a big deal. Canadians are also overly apologetic.  It’s funny, my friend gave this to me,” she says as she shows me a keychain with the words ‘”I’m not sorry” embroidered on it. ”We say it too much.  The South is where I feel like I’m supposed to be.  People are challenging me to be better all the time, I love it.  I want to be inspired by the scene around me, not bored by it.  It fires me up to keep getting better.”

It’s been quite the journey for Zdan; born and raised on the prairies of Winnipeg, Manitoba, she was one-half of two-time Juno Award-nominated Americana duo Twilight Hotel, who had decided to moved away from Canada  to Austin, Texas.  “We had a good nine-year run, toured all over the world.  We moved to Austin because we found that people in the States were more receptive to what we were doing than people in our own country.  In Canada, if you don’t fit into a genre box, it’s really hard.  We always felt like the weird kids there, we decided to go where people would want us. You have to go where people respond,” she explains.  The band broke up after a few years, and Zdan once again found herself in a period of transition.  “My band had been a duo, and it had become so much of my identity, it took me a while to figure what I wanted to say and do on my own,” she recalls.  After a few years in Austin, Zdan decided it was time for her to make a solo record; she packed up her life, and headed to Nashville two years ago.

“I love living here because you’re not an alien in any way,” says Zdan, adding, “Everybody’s involved in some part of the music industry, everybody knows the deal and you never have to explain yourself.  That’s the best thing in the world.  It’s a good place.”  She found that it was also the perfect place to create her new self-titled album, which is set for release on November 18th: “I did the record with Teddy Morgan; as soon as I sat down with him the first time, I knew we spoke the same language.  He knew how to take what I’d already done with the songs and my vision and expand upon that, and it was magical.  People throw that around a lot when records are made, but it really was magical.  The timing of it, the way it all worked out, the people who played on it, the studio we called home for a while, it was all amazing.  I almost felt like I was falling in love when I was making that record,” she says.  “That’s what should happen when you make a record. I’m so happy with it.  I feel like the best time is right now; I’ve never felt more like I’m on the right path than I do right now.”

Now, Zdan, who is no stranger to performing, is gearing up to promote the album, hosting a release show at local venue The High Watt this Wednesday, November 18th.  “It’s easy to go on stage and feel like everyone’s against you or that you have to prove yourself, especially being a woman who’s playing a show solo, and someone before the show is like ‘you’re playing solo electric?’ Being a female performer can be awful sometimes.  It seems like inappropriateness comes with the territory.  I was opening up for an older artist a little while ago whose fans were all middle-aged, and I thought they were going to be really great.  Men came up to me and made comments after the show about my body or things that have nothing to do with my music.  There are so many female artists that it hard for us because they rely on being pretty rather than being good,” she observes.  “Just be good at your instrument.  Then you can be pretty.”

Don’t miss this show, y’all–Angel Snow and K Phillips will be providing opening support, and Zdan will be performing selections from her fantastic new album.  Tickets for the 18+ show are only $10; doors are at 7:00 p.m. and the show starts at 8:00 p.m.