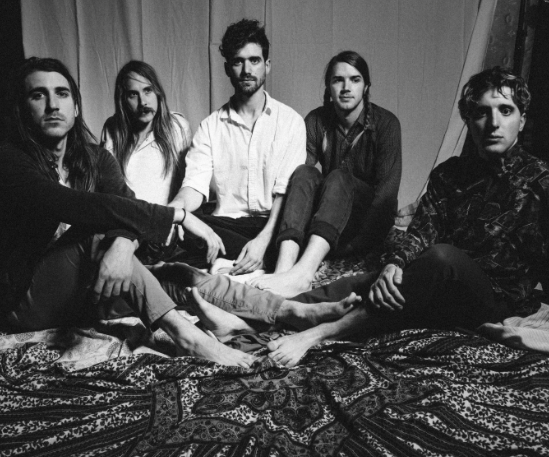 Once named one of Paste magazine’s 12 Mississippi Bands You Should Listen To, The JAG left Jackson, Mississippi, and relocated to the Music city a few years ago.  “Being a musician, it’s hard to support the lifestyle in Mississippi, some people can make it work, but we definitely couldn’t do it.  When you grow up in Mississippi, the only thing you do is dream about leaving, that’s the reality.  There was a booming music scene in the early 2000s, that’s what got us into music in the first place,” recalls bassist Gant O’Brien, adding that their adopted hometown presents its own unique set of challenges. “Nashville’s a great place to be in a band, we have a good time here, but it’s all business all the time, the whole city plays music.”

Since then, The JAG has been rockin’ and rollin'(literally), releasing their brand new LP, and with a name like Pondermental Wonderment In Hypocricity, it just begs to be questioned; “We were working with some management and they were trying to make us super-marketable, like Nashville billboard looking kind of stuff, something they could throw on a hashtag.  So we came up with the goofiest, most unmarketable name possible.  It’s supposed to be kind of sarcastic; ‘hypocricity’ is kind of supposed to be Nashville, the industry, how dumb it’s gotten over the years. The album title is separate from the record, that’s not what the record is about,” explains bassist Gant O’Brien, who says they band has experience their fair share of industry folks trying to put the band in a proverbial box. “The scene just begs it.  You look a certain way, or you do this, you hire this person, you dress this way, and we’re just trying to step away from that,”  O’Brien says.

When it comes to genres, they buck tradition there too; the band considers their last record acid rock in nature, and for the new release, the quintet made up their own style they’ve dubbed “slant gaze rock”.  “One of the hardest things to do is put yourself into a genre, at least in our case it has been.  We’re really into 90s shoegaze rock, avant-garde styles; Ricardo (Alessio) from Chrome Pony was telling us how ‘slanty’ our basslines were, and that was catchy. We thought it sounded cool, we just kind of made it up.  It will probably be something different in a year,” explains O’Brien.

The record was created at renowned Nashville producer Andrija Tokic’s Bomb Shelter, where bands like Alabama Shakes and Hurray For The Riff Raff have gone to get the Tokic touch on their music.  “Andrija, that dude is a genius.  We had our own ideas, and as soon as you give them to him, he knows exactly what to do. He really listens and he has great taste.  He wants things to be done old school, really organic and natural, and he has amazing gear,” says O’Brien.  “He definitely left his imprint on the music.  Working with him was incredible, hopefully we can do it continuously.”