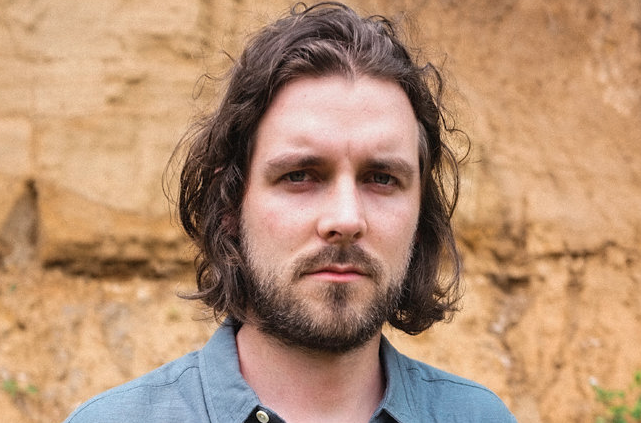 After the breakup of his band, Churchill, in 2013, Tim Bruns decided to take a break from music for a while.  He spent time with his family in Ohio, mowed lawns, and worked as a maintenance man; even so, during this self-imposed hiatus, Bruns continued to write: “One of my favorite songwriters once said that If you’re a songwriter, you can be a plumber, a janitor, or whatever you want to be, but you’ll always be a songwriter.  I think for me, I shut it off for a while, but I was still writing songs, so eventually I thought I might as well dive back into it,” he says.  An opportunity to work as a staff writer brought him to Nashville; “I didn’t like it at all. I love writing songs, but I get too emotionally involved in my songs to write with others,” Bruns confesses.  He found himself with a cache of songs he had written that needed to be heard, and his new project, B R U N S was born.

Bruns admits that he embarked on this new journey with some trepidation; “It’s a scary career,” he says of making music his life’s work, adding, “It’s not easy, it’s an emotional thing.  It envelopes you.  You have to learn how to turn it off, it’s an obsessive career, but it’s what I’m supposed to do.  After being in my old band, when you have any amount of moderate success, you forget how hard it is to start something up again, how hard it was at the beginning.  I have to remind myself I can’t expect anything to happen, really.”

Joining forces with guitar player Ryan Harris Brown and drummer Tom Whall, Bruns has crafted a 5-song EP due out October 30th.  The tighknit trio have a similar vision for the music, and if their swoon-worthy folk-rock singles, “Young” and “Buzzards”, are any indication of what’s to come, have mercy, y’all.

Of “Buzzards”, the catchy song with the curious title, Bruns explains: “When I moved to Nashville, i noticed there were vultures everywhere, it’s cool.  i don’t know if this is historically accurate, but I heard that there are so many here because a lot came during the Civil War, because of the death in the fields, and they’ve stayed here ever since.  I was thinking about it one day when I was writing, and the idea popped into my head; I was being given a lot of advice from people, and I didn’t feel like a lot of it was what I needed to hear.  All kinds of different people giving me all kinds of advice.  I think the whole idea is like all these people circling and telling you what to do, pushing you to do what they want, but you have to decide what’s right for you.”

In deciding what is right for him, Bruns draws strength from and relies on his faith: “My dad was a pastor, and I grew up in the church.  I haven’t been in years, but I still find my faith to be one of the most important things about me.  It’s so often that I’m asking those questions about myself and what I believe.  That’s what ends up in most of my songs, me questioning my faith, my doubt, all of that.  That’s what helps me know what to do.”  So far, so incredibly good.