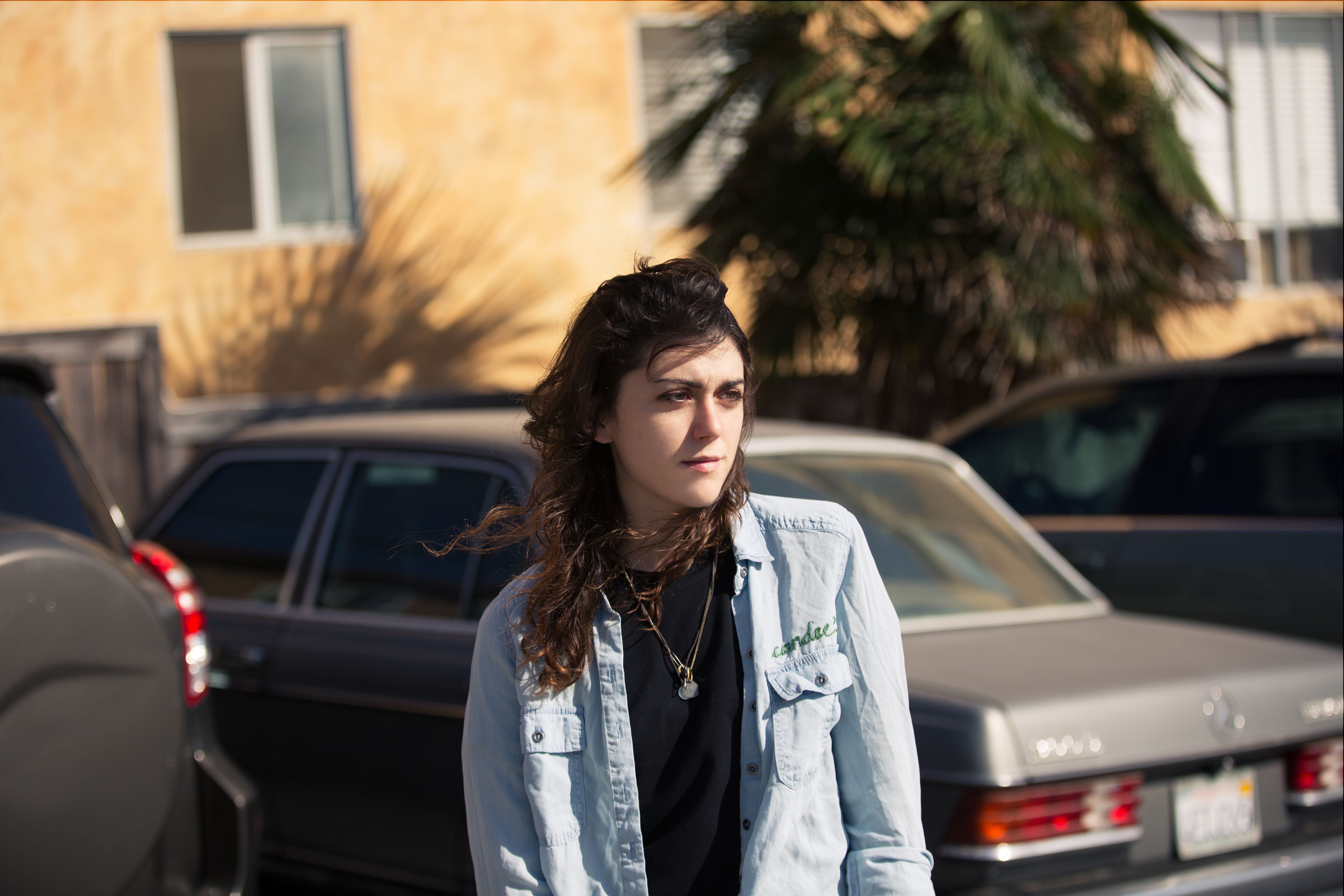 Philadelphia-based singer/songwriter Candice Martello started playing guitar at age 9, and wrote her first song at age 13; “It was probably about hating the popular kids in middle school, some angsty punk song about feeling awkward.” She’d made her way through a succession of bands in various genres–indie, experimental, punk–when she got a call that would change her trajectory in a major way.

Super-songwriter/mega-producer Linda Perry had created a show on VH1 called Make or Break: The Linda Perry Project, a.k.a. the “anti-Idol”, and was looking for bands to replace a last-minute dropout in the show’s lineup.  A friend recommended Martello’s band to Perry, who then contacted Martello and her bandmate, neither of which even knew about the show.  “It was really weird.  I never wanted to be on reality t.v., it was one of those things that scared the shit out of me. We weighed our options and thought about the pros and cons of it, and it scared me.  I had my reservations about it, but the pros outweighed the cons.  It was one of those once-in-a-lifetime kind of chances.”

Martello won the competition and the chance to have Linda Perry herself produce her debut album, an experience Martello relished: “We are very similar in a lot of ways, and there was a really overwhelming amount of respect for each other because I didn’t feel like she was stepping on my toes or over any boundaries with my creative process and the way I wanted to hear the songs.  I came in with a bunch of demos, and I had that classic beginner musician’s thing where you don’t trust your songs enough and you layer on too much, too many voices, to many things, because you think it sounds better.  She went in and understood what I was going for, stripped it down, and let the songs speak for themselves, which is really amazing, that she believed in my music that much. She let me do my thing, didn’t try to edit my lyrics, it was such a compliment that she thought that I could do it on my own,” she explains.

The finished product, released on Custard Records this summer under the moniker Hemming, is simply-produced, featuring Martello’s voice, two guitars, drums, and a bass; according to Perry, the album is indeed the embodiment of Candice Martello.  “There are no choirs or synths, there are some weird noises here and there, the guitar solos are kind of weird.  I love that stuff. Linda was like ‘this album is like you Candice, it’s controlled chaos, you’ve got all this shit happening inside your head, but on the outside you’re controlled.  When you get deeper it’s all crazy and weird.’ I was like ‘you get me, Linda Perry,'” she says with a laugh.

She’s currently playing an opening solo set on rock superstar Chris Cornell’s acoustic Higher Truth tour which will bring her to Nashville’s legendary Ryman Auditorium, something Martello admits she never could have expected; “There were certain venues that stuck out to me on this tour, and the Ryman was one of them,” recalls Martellio.  She confesses that nerves got to her during her very first show on the tour: “The first night I played the very first song completely without a guitar because I didn’t check to see if it was plugged in all the way.  The guitar tech was out on stage announcing me, and I was like ‘this is my first song of my first set on this tour, and I just want to walk out there and start playing and singing without saying anything,’ and I do it, and I noticed people’s confused faces because they couldn’t hear the guitar, and I couldn’t stop, so I played it a cappella essentially,” she says, adding, “I was like, ‘well, that song was special, just for the front row.’  I generally have terrible stage fright, but it’s gotten better.  I’m definitely completely spoiled on this tour because the venues are gorgeous and seated, and there are tons of people. I’m trying to take in the fact that it will be a really long time before I can play these giant theaters again.”

You can catch Hemming live with Chris Cornell at The Ryman Auditorium on Tuesday, October 27th.  The event is sold out, so if you don’t have tickets, be sure to tune in to East of 8th for coverage of the show!