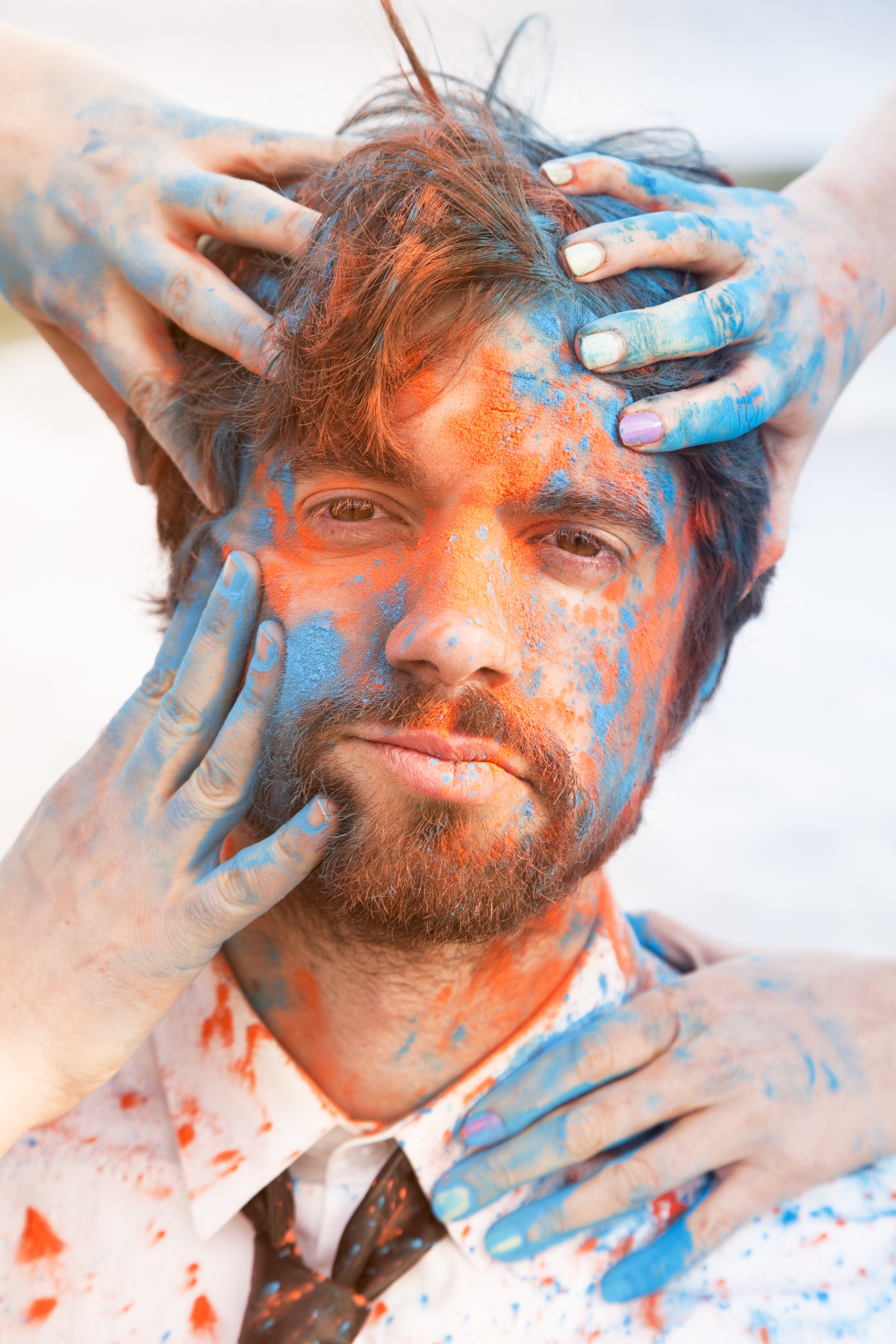 If you follow this blog (and if you don’t, you really should), you know I’m a strong proponent of going to shows early enough to see the openers…you never know the treasures that await you!  Case in point..I first saw folk n’ roller Anthony D’Amato when he opened for one of my favorite bands, Sister Sparrow & The Dirty Birds, at 3rd & Lindsley in Nashville.  I was enamored by his style and impressed with his songwriting prowess; I set out to learn more about this fantastic fellow, who was kind enough to chat with me not too long ago about life, lyrics, and “Ludlow.”

D’amato studied English at Princeton; he wanted to pursue songwriting, but there were only a couple of musical paths one could travel.  He decided to blaze his own trail: “I somehow convinced the school that I wanted to do stuff in the music department, but I didn’t want to be a jazz musician or classical musician and those were kind of the only routes to take there.  The guy who ran the arts program at Princeton was Paul Muldoon, a Pulitzer Prize-winning poet from Ireland, the poetry editor of the New Yorker, and a huge rock n’ roll fan.  I wanted to focus on songwriting; I got them to agree let me work out an independent study where I would every so often get together with Paul Muldoon and we’d go over my song lyrics; he would give me books of Leonard Cohen and Paul Simon lyrics to read, and we would talk about it.  It was really influential for me as a lyric writer to spend time with somebody like that and pick his brain about songs and songwriting,” he explains.

He made an album in his dorm room at Princeton, and self-released it around the time of his graduation; that album, 2010’s  Down Wires, got attention and mentions from media outlets like the New York Times and NPR, which helped things get rolling.  D’amato moved to New York, recorded his next album, 2012’s Paper Back Bones, in his apartment, and self-released that one as well.  Shortly thereafter, he signed on with New West Records (Steve Earle, Patty Griffin) for his third LP, 2014’s The Shipwreck From the Shore, which he calls “the record I always wanted to make.”

A self-described “control freak” about the art he makes, D’Amato was comfortable filling all of the roles–recording, engineering, 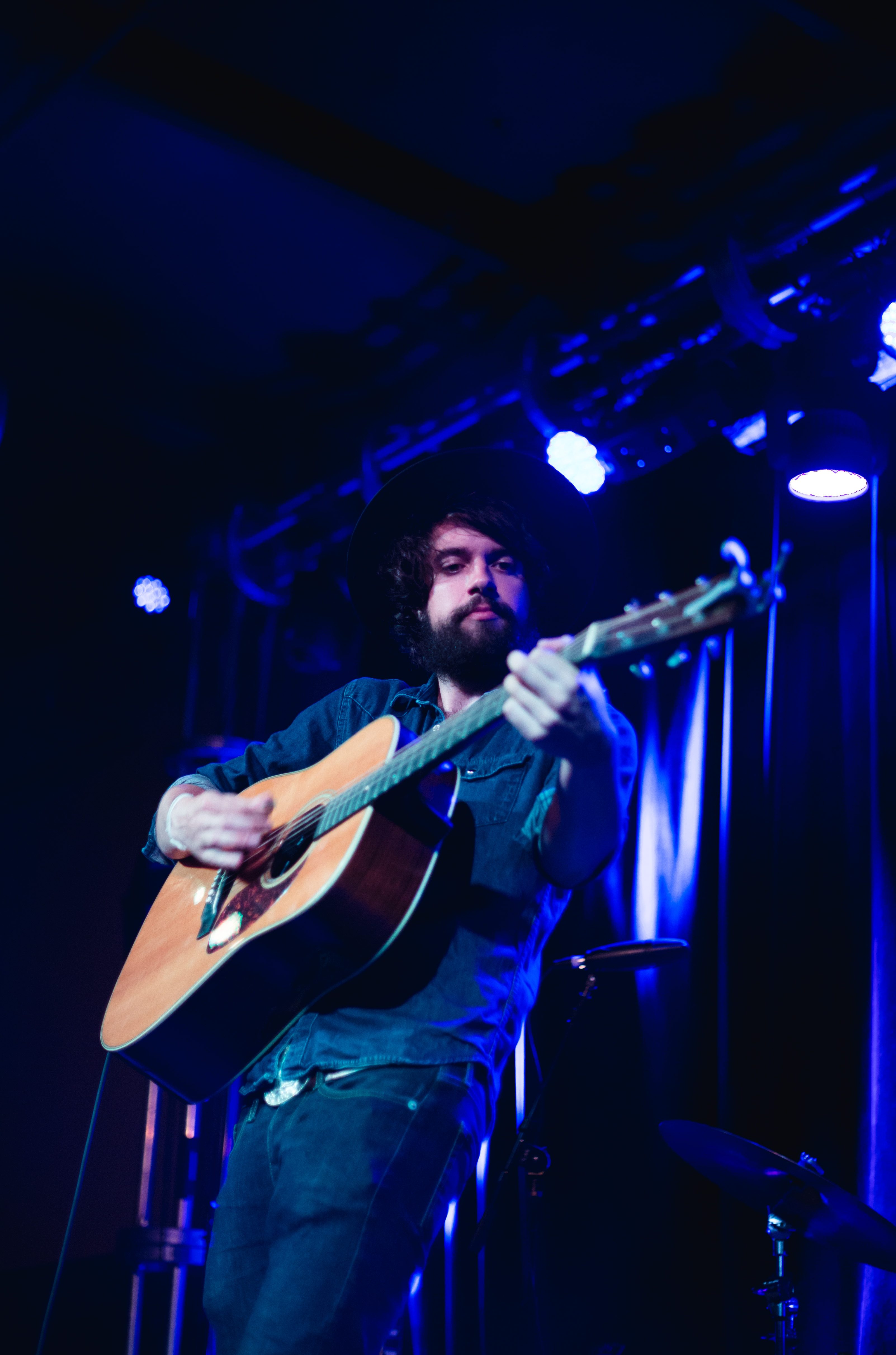 and mixing the music for the first two albums himself.  When he began recording with New West, he discovered that, while it was strange to put other people in charge of different aspects of the process, that pushing himself out of his comfort zone and working with a producer and a band on the record took his music to another level.

D’Amato approaches writing from a different angle; he says, “Lyrics are super important to me; I grew up listening to classic songwriters that straddled the folk-rock borderline, like Springsteen, Neil Young, Leonard Cohen, along with older stuff, like Guthrie and Hank Williams.  I’m not the kind of person who thinks that the only great music is old stuff, there’s incredible stuff coming out today, guys like Josh Ritter or Joe Pug or Langhorne Slim, guys making wonderful stuff, and I try to listen to as much of it as I can.  I find that I get really bored listening to songs that say the same things that everyone else out there is saying.  I aspire to have something different to say, to relate to everyone’s experiences in a new way, to make you look at things in a new light.  On the unintentional side, I’m just kind of a weird dude, I probably have a different train of thought than the average person when it comes to looking at a situation.  Sometimes it’s worth writing down, because there are a lot of other weird people out there I can relate to.”

He has a special affinity for “Ludlow,” the fourth track on The Shipwreck From the Shore, and the first song written for it, which he demo’ed in his apartment in New York. “Jocie Adams from the Low Anthem came by and played clarinet on it,  it was meant to be a scratch recording sort of thing.  My hard drive crashed, and I lost everything except the final mix of that song.  When it came time to do the final mixing on the record, we realized that all the source material had been lost.  I went back and listened to that scratch recording and it made me feel like we were missing the point by trying to re-record it, that we really captured it on that first time through.  That song stays special to me because it was the very first seed of this album, and writing and recording that song lead me down the path to where I am now.  It was a turning point.”

D’amato has had an eventful summer, playing shows with the likes of Ben Folds and traveling to Australia to play a series of shows to raise funds for The Light of Day Foundation’s quest to end Parkinson’s Disease.  Much to my delight, he’ll appear for a performance at the Americana Music Festival in Nashville in September; if you can’t make it to the Music City, be sure to see him when he’s in your neck of the woods:

One thought on “AN EXCLUSIVE INTERVIEW with ANTHONY D’AMATO”