I think I could talk to indie pop songstress Julia Nunes all day; she’s fantastically funny, ubertalented, and super savvy, and 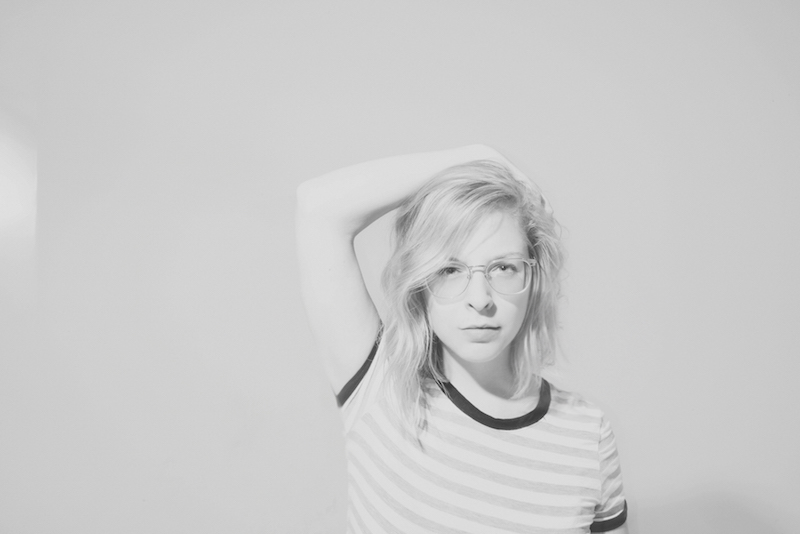 had just recently performed at VidCon, a yearly conference started by the VlogBrothers, the “forefathers” of YouTube; “When it was was a really strong small community, they were like the ‘dads.’  Everyone looked up to them, they were so smart and funny. Since then, everyone has made a career out of YouTube, and it’s been really cool,” explains Nunes.  For its first year, VidCon was a tiny basement operation (literally, it was in the basement of a hotel) and now, six years later, it sells out quickly with 15,000 in attendance.

Nunes herself has quite the YouTube audience; as of about five minutes ago, she has over 213,000 followers.  In fact, YouTube is, as she tells me, “entirely responsible for me pursuing music as a career.”  It all began when a 15 year old Nunes started playing her music at open mic nights in Rochester, New York.  “I went with my best friend; we were obsessed with preparing and impressing the people at the open mic.  I left for school and my best friend went to a different college; we weren’t going to be able to share what we were working on anymore, but we decided to post whatever we were working on on YouTube.  I had no idea that strangers would be able to find my stuff and think that it was cute,” she says.  Well, people found her stuff alright; she unintentionally amassed an army of followers, and ended up opening for Ben Folds, her first paid gig.

Her latest LP, Some Feelings, is due out September 25th.  Since her last album, Nunes has made the transition from a singer/songwriter-style to what she calls “feelings-pop,” complete with danceable tunes and driving drum beats.  She has also gotten a lot braver, deciding to take risks, finally stepping away from being the “singer/songwriter girl,” a moniker that hasn’t really fit her or her music for quite some time.  She credits her producer for taking her songs a whole new level; “She took a sad song I came in with that was just lyrics and a melody, and I was like ‘yeah, it’s kind of a sad song about feeling like it’s all kind of futile’ and she was like ‘no, its not, it’s an anthem,’ and she made it so. I feel like I have a lot of bangers on this album, and I’ve never been able to say that about any of my previous releases.”

Why is the album called “Some Feelings”? “Because, well, it’s about some feelings.  I don’t like to mince words, Susan,” she tells me with a laugh.  Nunes is releasing “Something Bad,” a new single from the album, today; “It’s a distinct break-up song.  The record is a journey, it starts with a love song, then you delve into my feelings about the breakup I went through last year, and then it all ends with songs about make-out feelings.  Right in the middle is “Something Bad” which is kind of my ‘self-destruction anthem,’ like when you just buy into all of the relationship-ending cliches, stalking your ex on Facebook, seeking out meaningless hookups, looking at yourself and saying “what am I doing” and you just don’t care and go with it.  That song is something to freak out to if you’re in that headspace,” says Nunes.

She held a Kickstarter campaign for album funding with a unique twist; Nunes plays (and loves) Kala ukuleles. A while back the company contacted her and asked if she’d want to make a ukulele with them, to her specifications (to which she said, “uh, yeah!”).  Nunes combined the Kickstarter with the launch of the new ukulele–if donors contributed at a certain level, they got the new ukulele, and they sold out immediately.  Ingenious.

She’s also recently started a weekly podcast called “That Was Us,” a name taken from a song title on the new album.  For the first episode, she had her guests discussing their awkwardly vulnerable and clumsy teenage sexual misadventures.  “Who knows where else it will go? The only rule is that the guests have to bring in a piece of their writing from years ago, and read it aloud on the podcast.  Jake, the first guest, brought an email he wrote to Planned Parenthood about how to use birth control for the first time.  It was manic with no punctuation. It was hilarious,” she says.  The podcast is available on YouTube, Soundcloud, and iTunes, with a new episode released every Monday.

When we spoke, Nunes was in the planning stages for shows in Los Angeles and New York City to celebrate the release of Some Feelings, with a tour soon to follow.  Will she come to Nashville? “YEAH! TOTALLY!” she exclaims.  I definitely can’t wait to see her live and in person.

Until then, keep an eye out for some fun new videos on her social media outlets promoting the album, and definitely check out the new single: