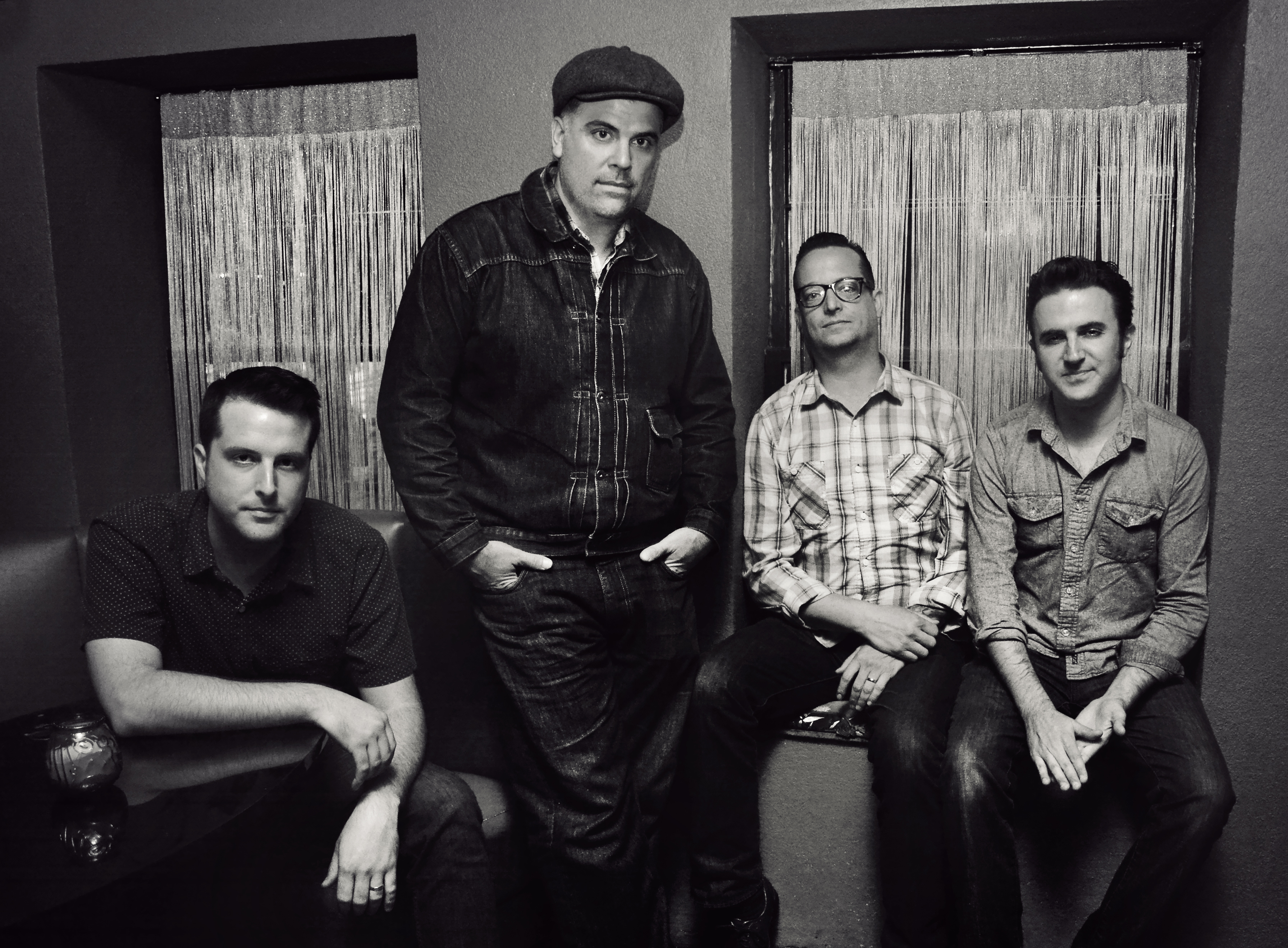 I genuinely love all kinds of music, but there are certain kinds that especially speak to my soul.  One such style is rock and roll with a vintage twist that has its roots in the sounds promulgated by the greats who’ve come before us.  I’ve had the pleasure of interviewing and writing about some of my favorite modern artists, like JD McPherson, Pokey LaFarge, Sister Sparrow, and Anderson East, who are making sure that vintage-inspired styles stay relevant in the most amazing ways.  I’ve recently been introduced to another band that fits that bill–meet The Bellfuries, whose new album, Workingman’s Bellfuries, will be released on on August 21st via Hi-Style Records.  Frontman Joey Simeone was kind enough to answer a few questions for us:

Eo8:  How did your four paths converge to form The Bellfuries?

JS:  Shecky (Jeff Seaver, bass) used to play in a novelty-jazz-ukulele band called Shorty Long, who were the best live band in Austin at the time.  I’d go to the shows and we finally got to talking about music one night and discovered we were both fans of heavy metal, particularly Slayer!  The rest is history.  I met Chris (Sensat) through a band called The Alice Rose and always thought he was a great drummer.  Mike (Molnar, lead guitar) and I are both from Cleveland and had met (quite) a few years back at a BR5-49 show.

Eo8:  What does each member bring musically and personally to the table?

JS:  All these guys bring something cool to the table.  I write all the songs, but usually need some direction on arrangements and overall song direction.  Mike and Shecky are great with that stuff.  It’s interesting to present a song with a specific idea of how it should sound and then see it get flipped around every which way and end up in a more groovy place.  Our drummer Chris and I are both Beatles fanatics (as are the other guys, to a slightly lesser degree), so he and I connect on melody and harmony.  It’s awesome to have a drummer who can play guitar, sing, and keep a solid beat!  There’ve been many lineup changes in this band, and I’m lucky to have worked with so many great musicians.  They all kick ass in their own unique way.

Eo8:  Your new album, “Workingman’s Bellfuries” comes out on August 21st via Jimmy Sutton’s Hi-Style Records.  What was it like working with Jimmy on the album, and what do you feel he brought to your music-making process?

JS:  It was really exciting to get up in that attic and make some noise with both Jimmy and Alex Hall, two sets of golden ears.  Jimmy brought a more rhythm-minded approach, which was much needed.  He was also very conscious of keeping the songs short and to the point.  Say what you want, give the song a few hooks, and be done with it!

Eo8:  How you believe your music has progressed since your last album?

JS:  This record sounds more focused. The last one had a ton of layered guitars and much more complex arrangements.  In very technical terms, there’s a little bit more of this and a little bit less of that on the new one.

Eo8:  How do you feel about your music being labelled “retro” or “throwback”?

JS:  Never cared about that stuff either way.  I have no problem admitting to being WAY more into old records compared to new ones, and that influence is certainly evident on Workingman’s Bellfuries.  That’s not to say I don’t dig modern stuff, because there are obviously some brilliant records coming out these days.  I am not over-nostalgic about my old records, but in my opinion the “evolution” of music over the past 70 years hasn’t been all that great. From an engineering standpoint, the sound on today’s commercial radio music is at an all time low.  There are times I hear a decent song or melody, but it’s buried under hideous production.  I can’t listen to it.  I guess I just (in Billy Crystal as Sammy Davis, Jr voice) “dig those old sounds, babe.”  I don’t see us as “retro,” but it’s not my place to label it.  If people wanna call it a throwback, then so be it.

Eo8:  You have a busy touring schedule in the very near future; is there anywhere you’re particularly excited to play?

JS:  Always love to go to Chicago.  We have a spiritual guide there named Gabrielle whose place we stay at and whom we do meditations with.  By meditations, I mean eating Malnati’s pizza and drinking whiskey.

Eo8:  Any plans to come to back to Nashville soon (please say yes)?

JS:  Yeah, we’d love to come back to Nashville.  Last time we were there, Jay McDowell gave us a personal tour of the Musicians Hall of Fame!  My buddy JD McPherson just moved there too.  He and I are kicking around the idea of writing a musical based on the life of Jake LaMotta; working title “You Call Those Carrots?”

Eo8:  If you could go back and tell your younger self something, what would it be?

JS:  Hmmm…advice to the younger Joey?  Lay off the MD 20/20 and Winstons, and learn your scales. 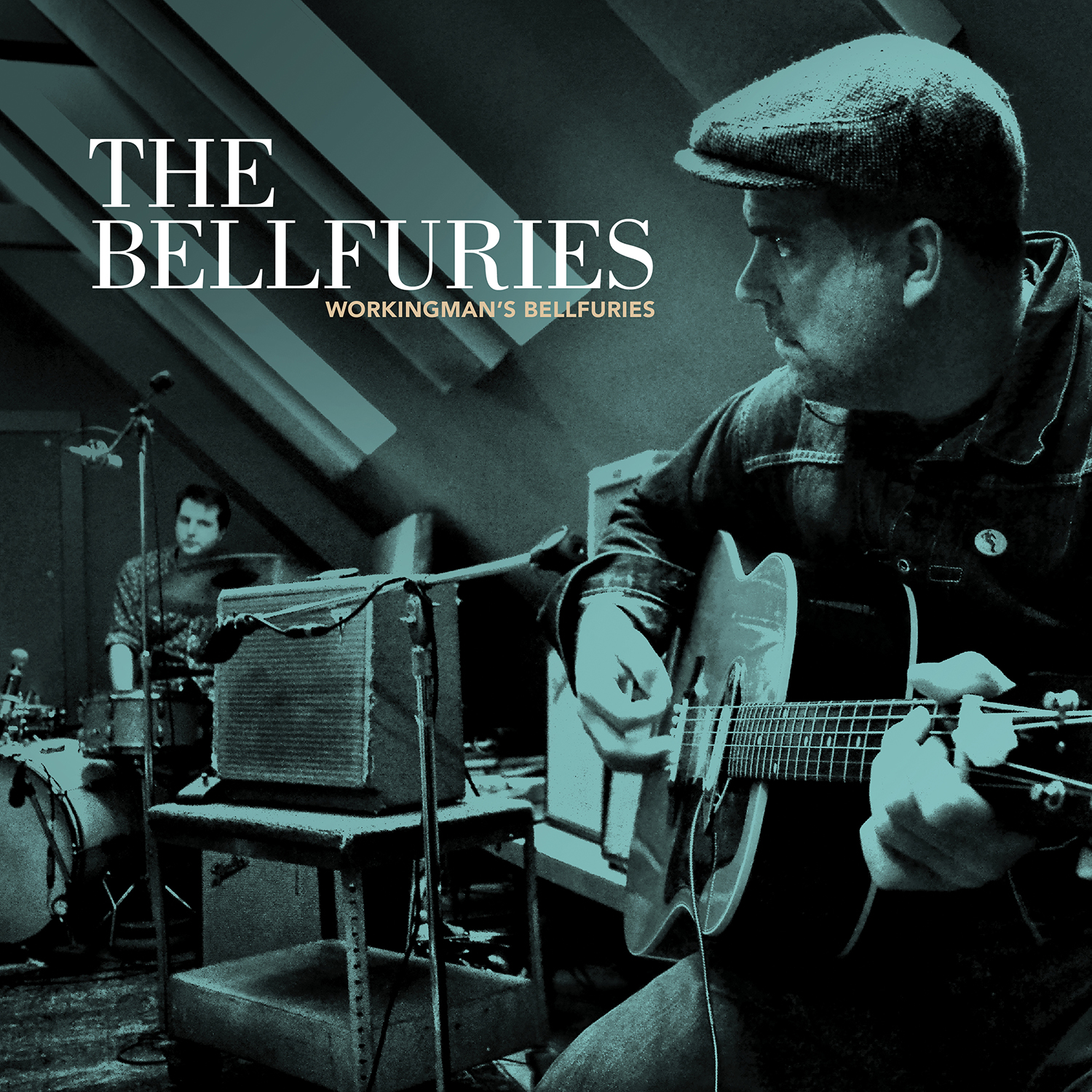