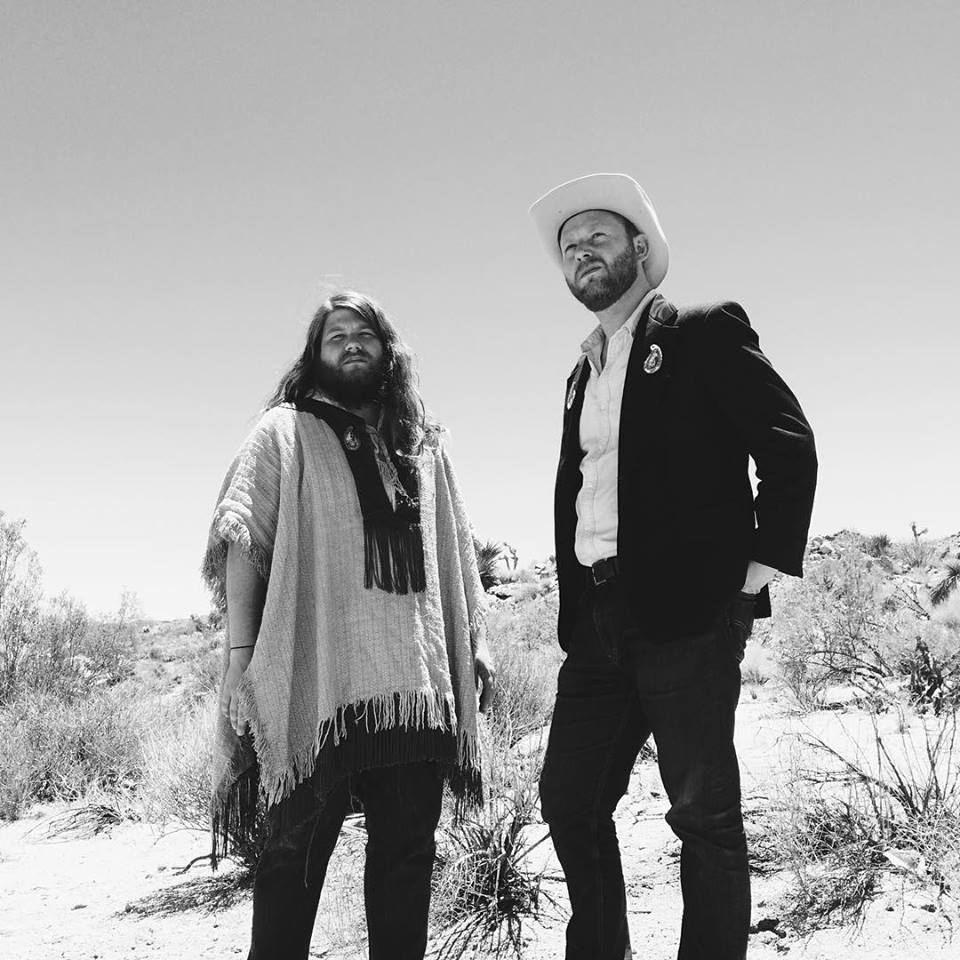 Nashville-based Americana/folk rock four piece Great Peacock, who are headlining at The End on Saturday, July 18th, with Willie and the Giant and Kent Goolsby opening.  I had the pleasure of chatting with co-frontman Andrew Nelson, about their upcoming show at cheap beer, preschoolers, and the band’s penchant for feathered clothing…

Eo8:  I hear you have a feathered suit jacket…

AN:  We have peacock embellishments on our clothes, you know, we like to strut.  We don’t want people to forget who we are, that’s true.  We’re big fans of putting on a show, we want people to have a good time and feel like they’re paying for something that’s different than a dude that looks just like them up on the stage.  I hate when I go to a show and I see somebody wearing ratty tennis shoes and the same jeans I have on with a plain white t-shirt.  i don’t like that.  There’s something special about being a musician and being an entertainer.  People like to use the word “artist” a lot, but no one wants to use the word “entertainer” anymore, I don’t see why you can’t be both.

Eo8:  You and Blount are the primary members of Great Peacock; how did your bromance begin?

AN:  Blount (Floyd) and I have known each other for a really, really, really long time; Blount’s from a small town in Alabama called Dothan and I grew up outside of Birmingham.  We met each other about 10 years ago and we sort of fell in love each other.  We liked the same music and we loved to drink cheap beer and we just found that we liked hanging out and here we are, 10 or 11 years later, and we’re actually business partners.  We have a band now, it’s all one big family really; this was something started by myself and Blount, kind of our baby, but the other guys, it’s their home too.  They’re very important to us, full-time and very invested.  We met our drummer Nick (Recio) in Atlanta when we were doing a little tour without a drummer.  He was playing with another band, and he was really good, like one of the best drummers I’d ever seen.  We told the lead singer of the band he was playing with, and he told us that Nick was about to move to Nashville, and I said “well, that’s awesome, ’cause I’m gonna steal him from you.”  He nailed it from his first rehearsal with us, and he keeps us in line musically, he’s the best musician in the band.  Our bass player, Ben (Cunningham), was a guy we met living in Nashville through mutual friends.  When he came on, he’d never played bass before, he was a guitarist; everybody jokes that bass is such an easy instrument that anybody can play it, but it’s really not, especially if you’re used to playing guitar because you’ll play it like a guitar, like a lead instrument, and it’s not supposed to be.  Now, two years later, he’s one of the best bass players I know!  I wouldn’t want to play with anyone else now.  It’s just the four of us right now.  Blount and I play electric guitar live, which is weird because we hadn’t done it in three years.

Eo8:  What does everyone bring to the table?

AN:  Hard work and ambition are the biggest things.  Everyone wants to succeed, and everyone works just as hard as everyone else to make that happen.  We don’t have any slackers in this group, everybody pulls their own weight.  We have a good team of people around us too that are working their rear ends off, and that always helps, makes it a little bit easier on us.  As far as music goes, the evolution of our songs was usually me or Blount having an idea, I write it, we bring it to the band, and we all arrange it together.

Eo8:  Your debut album Making Ghosts came out this spring; what was the experience of making it like for y’all?

AN:  I can’t speak for everybody, but for me, it was pretty hard.  Not in terms of the music per se, but there was just a lot going on in our lives at the time.  It was the dead of winter when we made it, just a lot of hard work, trying to make it sound the way we wanted it to sound.  At the same time, some of us, including me, were going through some personal things as far as women go, it was a weird time where everything in our lives was changing.  We were going from being slightly professional musicians to trying to make that jump to being professional musicians, so there was a lot of anticipation and anxiety and worry and doubt there, as well as excitement and hope for the future.  Then we had to wait a year to put it out, really over a year.

Eo8:  Was it hard having to wait?  Do you have song fatigue from playing them for a year before the album came out?

AN:  It was really painful, it was harder than making the thing.  We haven’t gotten tired of playing any of them; we’re very picky about what we write, and we try to write stuff that we really love and that we think is the type of melody that could be relevant now or 10 years from now.  We aren’t necessarily the trendiest band, but we’re trying to do something that’s going to last.

Eo8:  Is there a song of yours that resonates with you more than the others?

AN:  My favorite song for us, the one I feel most represents us, is our song “Take Me To The Mountain.”  I think that song embodies what we want to sound like.  That’s a pretty important one for me.

Eo8:  It looks like y’all have been on a pretty intense touring schedule, and will be, until at least September; is this your first experience with touring like that?

AN:  We do have a pretty intense schedule.  The most we’ve been out at one time is two, maybe three weeks.  We’ve gotten used to it; we’ve been doing it so long it honestly feels like we’re never home anyway.  The hard thing right now, with a band our size, we’re still trying to beat down every door we can to get people to even know who we are.  We don’t have a problem making fans of people when they come see us live, it’s just getting people there that’s hard sometimes, you know?

Eo8:  If I were to go to a Great Peacock show, who would be in the audience with me?

AN:  That’s really interesting because it’s wide open.  People I know that like our music a lot who are a little older come up to me and say “you know, it’s kinda weird, you’re my parents’ favorite band and you’re also my six year old’s favorite band.”  I have a five year old niece, and my sister sends me videos of my niece singing our songs all the time.  LIttle kids really like us, so maybe in about 15 years we’ll be really big, when they get old enough to start going to shows.

Tickets for the 18+ show are $10, and the show starts at 9:00 p.m.  Can’t make it to Nashville for the fun?  Go watch Great Peacock strut their stuff when they come to your neighborhood: