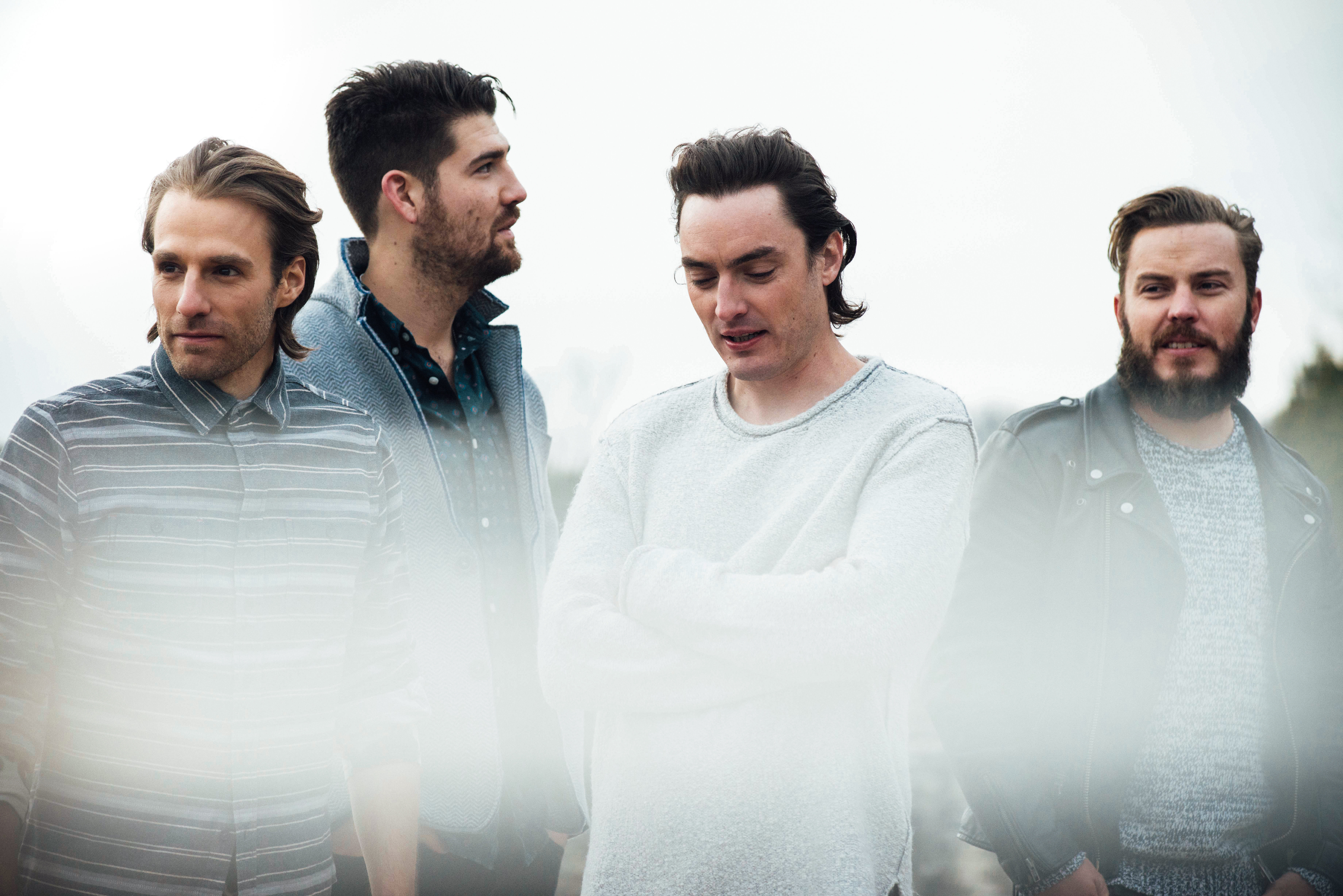 Nashville-based South African born and bred alt-rock outfit Civil Twilight will be celebrating the release their new album, Story Of An Immigrant (which came out July 10th), at Nashville musical landmark 3rd & Lindsley on July 16th.     The fantastic foursome is then playing additional summer shows at intimate venues with guest artists such as The Gaslight Anthem, Cold War Kids and Lord Huron, before heading out on a full headline U.S. Fall tour.

The band, comprised of brothers Steven (lead vocals, bass and piano) and Andrew McKeller (guitar), Richard Wouters (drums), and Kevin Dailey(keys and guitar), spent one month recording Story Of An Immigrant with Ben H. Allen (Gnarls Barkley, Bombay Bicycle Club, Cut Copy) at Maze Studios in Atlanta.  Of the title track and album theme, frontman McKeller says “this song both lyrically and musically seemed to set the course for the new music we were writing.  It was the first song written for the new record where we all collectively went, ‘I like this. Let’s keep going in this direction.’  We think musically it very naturally links our past with where we’re headed—and lyrically it’s in many ways the story of our lives, our band, and our journey.”

Civil Twilight started as brothers Steven and Andrew McKellar explored their father’s jazz collection and listened to their classically trained mother play piano in Cape Town, South Africa. In 1996, Andrew launched a teenaged band with help from his high school classmate, drummer Richard Wouters. The bandmates relocated to Los Angeles in August of 2005 where they co-produced their debut record, Human (2007).  Shortly after their debut release, the band moved to Nashville and signed with Wind-Up Records in 2008. After re-releasing their self-titled LP in 2010, the band’s debut single, “Letters from the Sky,” reached #5 on the Alternative radio charts and remained in the Top 10 for six months of the year selling over 200,000 copies.  In 2012, Wind-Up Records released Civil Twilight’s Holy Weather. The band headlined a U.S. tour with Morning Parade as an opener and supported two months with Mutemath. Past tour mates have also included Florence & The Machine, Young The Giant, Jimmy Eat World, Of Monsters and Men, and Neon Trees.  Civil Twilight has played the main stage at festivals such as Bonnaroo, Hangout, Voodoo, Austin City Limits, VH1 Best Cruise Ever, Milwaukee Summerfest, Kirstenbosch (Cape Town) and Rocking the Daisies (Cape Town).

Nashville-based bands Halfnoise and Myzica will be supporting Civil Twilight on the 16th; tickets for the show are only $10, doors open at 6:00 p.m. and the show starts at 8:00 p.m.  Don’t miss it!