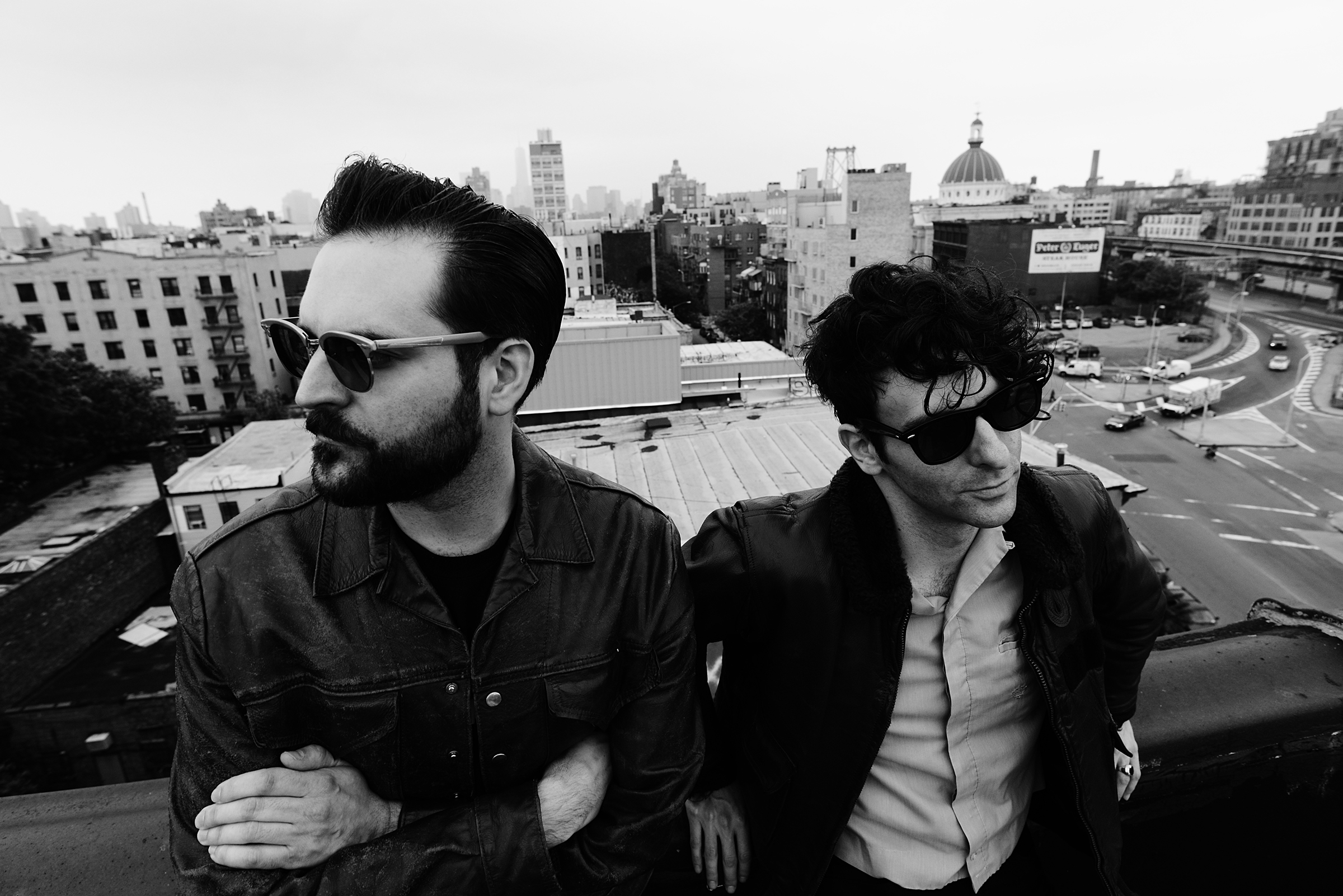 When I found that Low Cut Connie was coming to Nashville to play Musicians Corner on June 6th, I squealed out loud.  I squealed even louder when I had the chance to chat with Adam Weiner and Dan Finnemore, as they and the rest of the band were relaxing in their tour van and driving across the country.   The band just released their third LP, Hi Honey, and it’s quickly become a favorite.  Low Cut Connie’s brand of boogie speaks directly to my soul, and I can’t wait for them to play here.  As I’ve always got your best musical interest in mind, beloved readers, I wanted to make sure you had the chance to get to know them too:

LCC:  Let me (Adam) set the record straight…we met after a performance in a bar called Lakeside Lounge in NYC, I  don’t remember much about that.  The story about the elevator came about because we played a show together, got stuck in an elevator afterwards, and that was the beginning of the connection that started our band.

Eo8:  You play a raucous and rowdy brand of boogie woogie; I would consider yours a nostalgic sound. How do you feel when people say that about your music? i’ve had mixed responses from other bands I’ve interviewed, some don’t like being called “retro.”  Have you always played this style of music?

LCC:  I (Adam) don’t get glitchy at all about genre words and those kind of things.  i don’t get hung up on that stuff. Rock n’ roll works for me.  I play piano, and in order to have a job doing that, I’ve sort of ended up in the piano bar circuit/scene. Was I attracted to it? I just ended up there and it became my world.

Eo8:  I read an old article about you, about how an agent came to your show to check out your band; you played the show and blew the roof off the place.  The agent said you were fantastic, but he didn’t know what to do with you, so he passed.

LCC:  Yes, that’s happened to us about 1700 times.  Thank God though, because eventually we found the right person for us.  This industry is so tough, and there are so many people who are looking sideways, they like something but they want to see if everyone else goes for it first.  We’ve run into that problem a zillion times.  When you’re referencing that particular story…a lot of industry people don’t like it when you put on a “show;” the thing is, we did that show, and the band that opened for us was standing on stage with like three laptops and their eyes closed, wearing white t-shirts on their concave chests.  They got signed and we didn’t.

Eo8:  Why do you think music business people don’t like it when a band puts on a “show”?

LCC:  I (Adam) think people are afraid to get their hair messed up.  They think if they smile or have fun they will get their hair messed up.  They don’t know what fun is.  A lot of times they don’t realize that the music business is also the entertainment business, the business of fun.  Ultimately it’s about turning people on and giving them a good time, and they forget that part.

Eo8:  Do you feel like that’s what sets Low Cut Connie apart from other bands?

LCC:  That’s what we try to do.  We’re trying to show people a good time, get them to let loose a little bit and forget about what’s going on in their daily lives.

Eo8:  You released Hi Honey, your 3rd album, recently, on your own label, Contender Records.  What makes this album different than the other two?

LCC:  We worked with a producer for the first time on this one, Tommy Brenneck, who did an incredible job; he’s part of the Daptones crew in NYC, played with Sharon Jones and the Dap Kings for years, Amy Winehouse, Charles Bradley, all that stuff.  He gave us a fresh pair of ears on everything.  For the first time, we invited a lot of people into the studio with us.  We had back-up singers and a horn section, we had Merrill Garbus from Tune-Yards, we had Dean Ween from Ween, it was a party.

Eo8:  Can we talk about the album art for a second? At first, I thought it was a picture of girl biting her toenails, but it’s actually a girl smoking a cigarette with her feet…

LCC:  We decided we wanted to use a photograph for the cover art, something that wasn’t necessarily the band; we

looked at the catalogue of a photographer that we liked, Anders Peterson, and we found that photo in his body of work.  We were surprised that he allowed us to use it.  We are huge fans of his work and we’re really lucky to have it as our cover.  It’s a striking photo with an element of darkness to it, it’s creepily odd, and that’s what we were looking for.

Eo8:  Your videos are fantastic….the video for “Shake It Little Tina” is hilarious.

LCC:  We’d put together a few ideas for the video; the guy dancing in the video is a friend of ours, and he does all these little snippets that he puts on Instagram.  I (Dan) said to Adam one day that it would be great to have that be the concept for the video.  He put together this insane montage of snippets, I think it goes with the song really well, people have really enjoyed that one.  We did the video for “Diane” after that one, have you seen it?

Eo8:  I LOVE the video for “Diane;” when the old men start throwing Werther’s Originals at each other, I can’t stop laughing.  It’s the consummate old person’s candy.

LCC:  I (Dan) used to be a film studies teacher and for a long time I’d wanted to work with Jez Alsop, the video’s director, who came up with the concept and it was brilliant.  I wanted to do something really unglamorous and really British. It just works, he did a great job.

Eo8:  You’ve released an album, two videos, and you’re on tour, what’s next?

LCC:  We’re so busy with this album release, every day something new comes along.  It’s been a long road traveled.  We’re really proud of the new album.  We’re really enjoying it all.