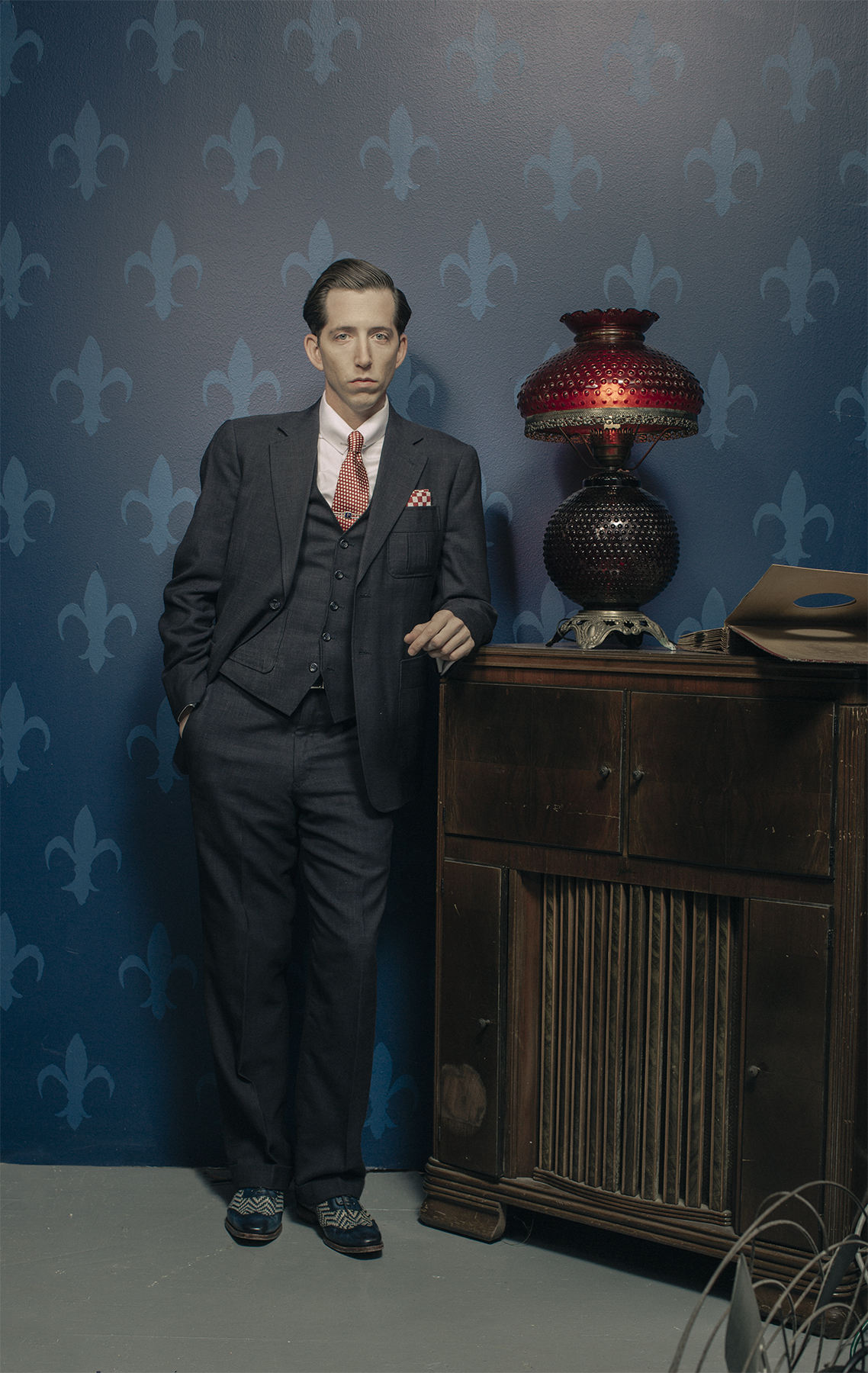 Y’ALL!!!  St. Louis-based roots music master Pokey LaFarge is celebrating the release of his newest record, Something In The Water, at Mercy Lounge on Wednesday, April 22nd, joined by Margo and the Pricetags and Rachael Davis.  Saying that I’m excited about this show just might be the understatement of the century.
I’ve mentioned before that I believe I was born in the wrong era; I adore music of all kinds, but, like most of you out there I’m sure, there are certain sounds and styles that resonate intrinsically with me, ones that scratch all of my quirky itches.  Y’all, Pokey LaFarge’s nostalgically relevant blend of ragtime, western swing, country blues, and early jazz thoroughly melts my butter.  You can bet I’ll be painting my lips red and heading to this show.  Come with me, and let Pokey LaFarge rock you with his steady roll.
He was kind enough to answer a few questions for us about his his new album, Midwestern pride, and where he likes to wet his whistle when he’s in the Music City:
Eo8:  Your seventh album ‘Something In The Water’ came out this week (congrats! I’m thoroughly enjoying it by the way!); what do you think sets this one apart from the others? How has your music changed since your first album?
PL:  With every album I aim to take a step forward in sound, and this one is no different.  My producer Jimmy Sutton and I became like brothers while we were recording at his studio in Chicago, and he really encouraged me to push the envelope of what I was doing and try new things.  I wanted this record to get people dancing even more than the last – we put drums on nearly every track and got the whole thing really grooving.  Another big difference is the backing harmonies which take a much bigger role this time around. 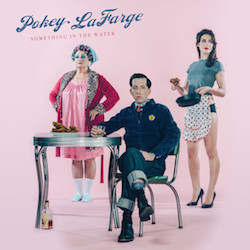 Eo8:  Your music is reminiscent of a bygone era; how did your style become your style?
PL:  I just follow what I love, what I’m passionate about, as cliche as it might sound.  I’ve never consciously tried to make what I do a certain style.  It’s become my style because it’s what I’m feeling.
Eo8:  How does it make you feel when people describe you or your music as ‘retro’?
PL:  People will always try and put things into a box, it’s human nature.  That said, I stand by my opinion that the music I make isn’t inherently ‘retro’.  Am I inspired by older music styles?  Sure.  But what I write about comes from me in the here and now, and the styles of music people so quickly label ‘retro’ – they’re still with us.  That’s ultimately what I want people to understand, this music isn’t dead because it comes from another time.  It’s thriving.  Just look at all the contemporary musicians who are doing new things with it.
Eo8:  You’ve had some pretty fantastic collaborations, with artists like JD McPherson and Jack White (two of my personal favorites). If you could collaborate with anyone else (living or not), who would it be, and what would the collaboration look like?
PL:  There are so many answers I could give for this question…for now, I’ll say: me, Merle Haggard and Lefty Frizzell trading vocals on a country and western number.
Eo8:  You are a proud Midwesterner, and you refer to the Midwest a lot in your music–how would you describe ‘Midwestern’ and how has it all influenced your music?
PL:  To be Midwestern means so many things, and part of my point in talking about it is that a lot of outsiders might not really have an association, or if they do, it might be one-noted or stereotypical or off the mark.  For me, being Midwestern means being hardworking, resourceful, creative and community oriented, among many other things.  It’s influenced my music because I grew up in the Midwest, and have lived my whole life there in between traveling…it’s in my blood.
Eo8:  Your current touring schedule looks pretty intense; it looks like you have a little time before and after your Nashville show date, will you get to do anything fun while you’re here, and if so, what do you like to do here in the Music City?
PL:  I’ll be in town a couple of days, actually, which I’m looking forward to.  Hopefully I’ll have a chance to stop by Robert’s for a drink!