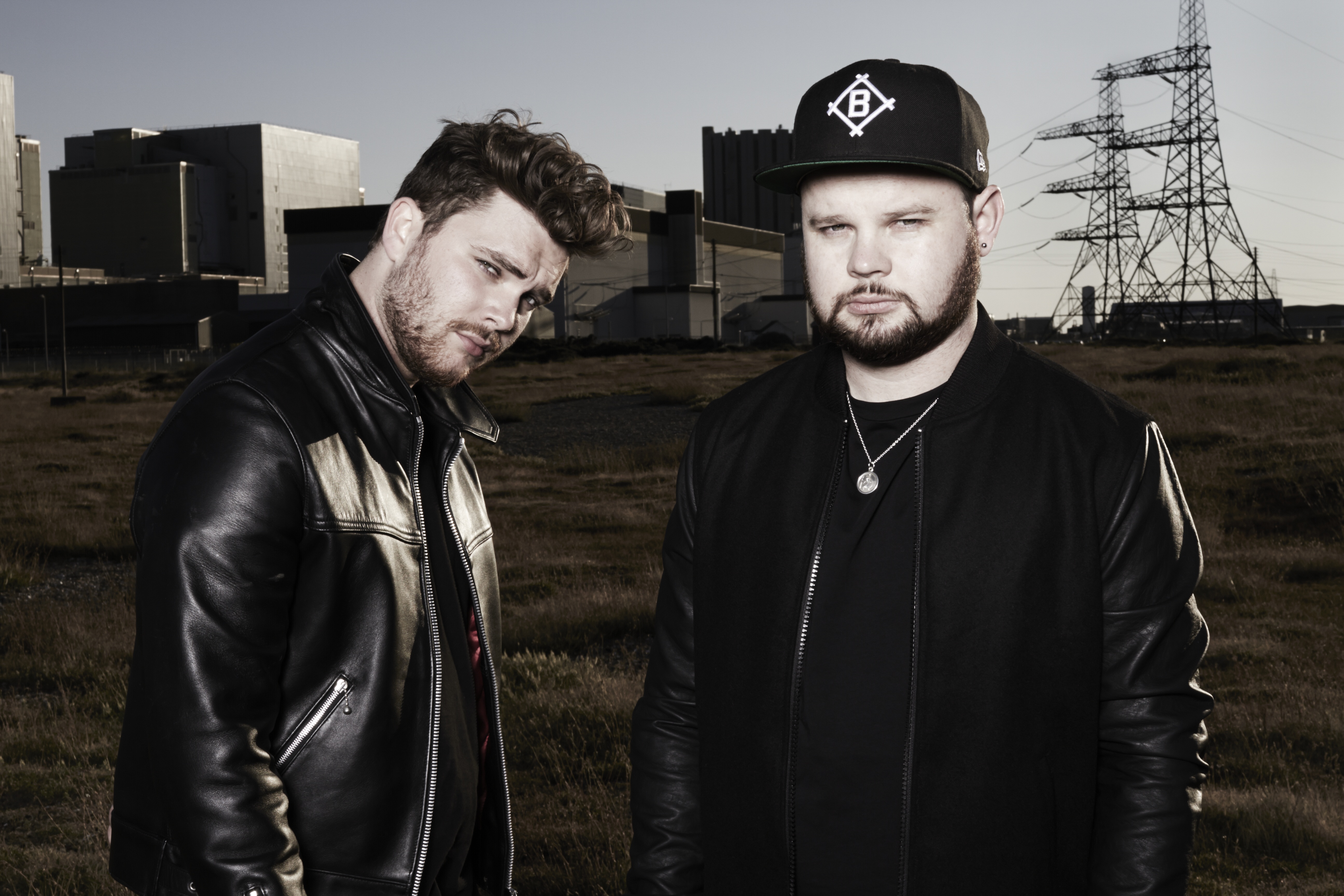 I had the most incredible opportunity recently to interview drummer Ben Thatcher, one-half of British rock duo Royal Blood, who won the award for “Best British Group” at the Brit Awards this year (like our Grammy awards), beating out bands like Coldplay, alt-j, and One Direction.  I adore their music.  ADORE.  The band was set to play a show in Spain, and Ben was speaking to me from a beach in Barcelona.  Fortunately, I managed to stop hyperventilating long enough to ask him a few questions:

Eo8:  Royal Blood won the award for Best British Group at the 2015 Brit Awards this year, what was that experience like for you?

BT:  It was pretty mad.  We didn’t really expect it, we were up against Coldplay and One Direction.  It was a little bit of a shock, to be honest, but it was great.  To win any kind of award for doing music is brilliant I think.  It was a privilege to be there.

Eo8:  You’re about to start an extensive North American tour, kicking it off with a performance at Coachella; what are your expectations for the tour?  Will you have time to do any exploring or is your schedule pretty intense?

BT:  We’re really excited.  America is a fun place to be.  We love playing shows there and eating the food, we always have a good time when we’re in America, and I think we’ll have a bit of time, you know.  Our schedule is always pretty intense but we push ourselves to look around.  I’m playing a show in a couple of hours and I’m still sitting on the beach.  We get to do things like that.

Eo8:  You’re playing Bonnaroo in June, but there’s no Nashville date on the tour, I’m so sad!  Does Bonnaroo count as your “Nashville” date?

BT:  Yes…do you know, we played in Nashville at the end of last year and we had such a fun time there that I’m sad that we’re not going back to Nashville.  Bonnaroo was the nearest we could get this time.

Eo8:  Some people have said that y’all are “bringing rock n’ roll back,” how do you feel about those kinds of statements?

BT:  That’s quite a bold statement that people are making; rock n’ roll has always been around and it always will be around.  As long as you’ve got your Queens of the Stone Ages, your Foo Fighters, your Jack Whites, they’re all playing rock n’ roll music; there’s just not a lot of it in the popular music world.  For us to be playing this kind of music and to be getting played on the radio and being at awards ceremonies with Taylor Swift or whatever, it’s quite a big thing, and we’re really pleased that bigger audiences can listen to this genre of music.

Eo8:  People also make a big deal about there only being two of you; I know I’m personally amazed that you make that much noise for two people (and as a bass player, I’m totally amazed at the sounds Mike can get to come out of this bass).  Did you set out to be duo?

BT:  Yeah, we didn’t really set out to do anything to be honest.  We’d been in bands with lots of other people for a long, long time, since we were like fourteen years old, we’d been in bands together.  Mike went away and did some traveling, I did some other work.  He came back, and I was like “do you want to meet up and write some songs together?” and he was like “yeah, let’s do it.” So he brought his bass guitar, a couple of pedals, and a couple of amps, and was just creating this great sound.  I was hitting the drums really hard, and we were really having a good time and enjoying playing music.  We just kept on doing it, started writing some songs, and then this has happened.  We’re just doing the same thing that we’ve always done.

Eo8:  Your debut came out in August 2014; are you always working on new material or are you just having a good time enjoying the success of the album you have out right now?

BT:  We’d kind of been writing the second album at the same that we wrote the first one.  Every single day we write.  We’re not actually playing our instruments, but we may be tapping or humming, we’re recording things into our phones.  Then during sound check, we listen back to them and start converting them onto our instruments and start jamming, playing around.

Eo8:  Do you have a time frame for releasing a new album?

BT:  The time frame for us is when it’s brilliant.  It has to be great.  Obviously, the sooner the better, but we’re not going to throw out anything that isn’t great, we want to produce music that we really enjoy and that we’re proud of.

Eo8:  Get ready for a dorky story….I was running in a race last weekend; the music I was listening to was really poppy, and I was struggling to keep running.  I decided the pop music wasn’t going to cut it, so I told Siri to play me some Royal Blood, and it made me run like a beast.

BT:  That’s brilliant!  You know, there are a lot of runners who’ve been listening, and a lot of people like to work out to our music as well, saying that it helps them.  I think we should probably put out a workout DVD.  Maybe that should be all of the videos for the next album, just us working out.  We could be like the new Insanity.

If you are lucky enough to be in a city on this tour, you definitely need to go see Royal Blood live.  They’ll also be on Conan on April 16th, so set your DVRs!

3 thoughts on “8 QUESTIONS WITH ROYAL BLOOD”