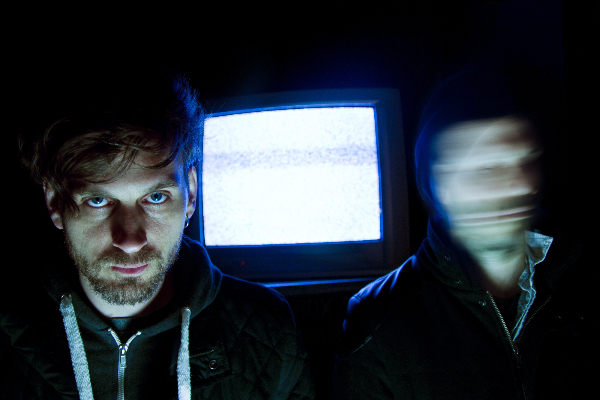 Once upon a time, I became addicted to a song called “Under Her Sails” by songwriter Ali Forbes and producer Andy Savours, a UK-based duo otherwise known as Malpas.  The song begins with delicate yet driving xylophone/bells, and progresses into a synth-y atmosphere of sound, with simple lyrics are delivered by Forbes’ honeyed voice.  I still can’t stop hitting ‘play;’ I had to know more about this song and this band, and of course, share it all with you, beloved readers:

Eo8:  Can you describe the musical partnership between both band members?

MALPAS:  We started out working together on a couple of demos Ali had made in his attic and the project expanded from there. We had a basic vision of what we wanted the music to sound like and the kind of mood we wanted to create before we started, which fortunately seemed to work pretty well.  From there we kept going and managed to find ways to add different elements and ideas to the music and eventually our album took shape.  It was a fun process.  What really works about our partnership is we have very similar instincts about what we want the music to be like.  It’s very hard to get anywhere if you’re constantly disagreeing about everything!

Eo8:  What does each of you bring to the table?

MALPAS:  I’ve (Andy) got a background in production so [I] am quite good at fitting everything together and working out how to create the sound we can hear in our heads.  Ali’s a very natural musician so [he] is great at finding interesting parts and developing the harmonic structure of each track.  However, we both muck in together and do a bit of everything, so it’s very much all a collaboration.  Ali’s also got a pretty tidy set of pipes on him.  On the other hand, I can’t sing for toffee.

Eo8:  You have a new single, “Under Her Sails.” set for release on April 27th; what was the creative process like?

MALPAS:  “Under Her Sails” was the first track we ever worked on together.  The track came together incredibly quickly.  It only took us about a day and we both were shocked by how easy we found it.  It then took us months to work out how to do another song together.  It’s kind of raw but there’s something we both love about it which may have something to do with the spontaneity involved in making it.

Eo8:  What can we expect from the album dropping this summer?

MALPAS:  Hopefully we’ve made an album that has a unique sound and atmosphere to it that people are going to enjoy.  It’s at points very intimate and at other points pretty overblown, but it’s the drama of those big shifts in scale that we find exciting.  We also tried to not rely on a set formula of how to make a track, so hopefully that variety will make it an album that keeps surprising people.

Eo8:  What is your hope/goal for the listeners’ experience?

MALPAS:  Really all you can hope for when making a music is that you manage to find a couple of special moments that stay with the listener and maybe become a little part of their lives. If we’ve managed to make a couple of those moments then we’ll be very happy.

Eo8:  Will there be a tour in the near future?

MALPAS:  Definitely. We’ve toured recently with Nadine Shah and Cloud Boat and had an amazing time so [we] can’t wait to get out on the road again.

“Under Her Sails” will officially be released on April 27th, but you can (and should) take a listen (and a look at the brand new video):